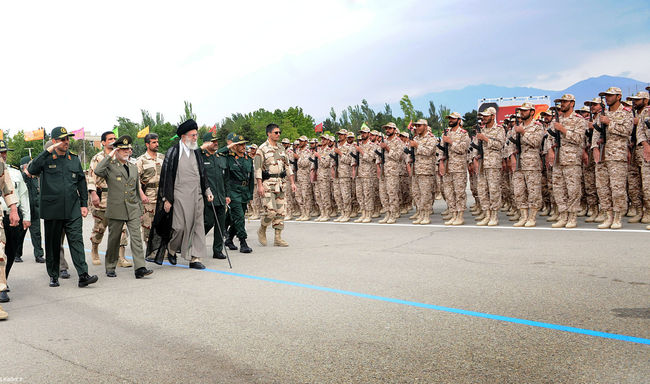 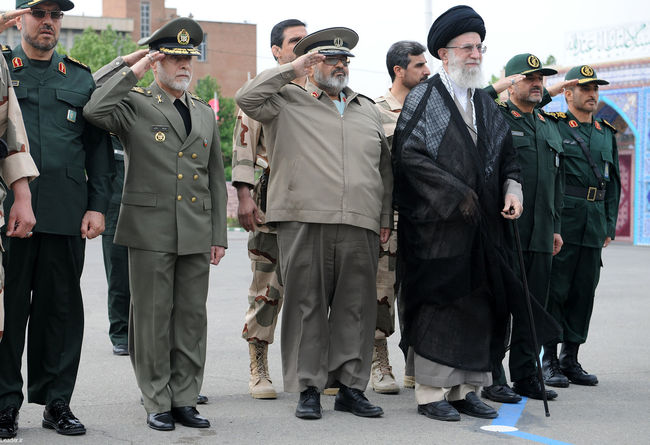 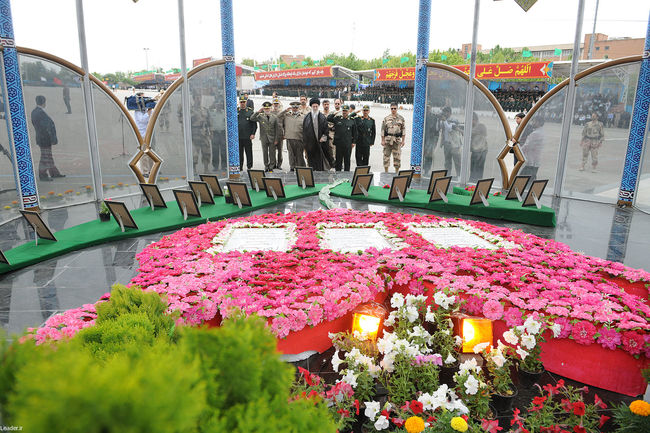 Ayatollah Khamenei, the Commander-in-Chief of the Iranian Armed Forces, attended the graduation ceremony of cadets at Imam Hussein (a.s.) University on Wednesday morning. Speaking at the meeting, which was held on the occasion of the anniversary of the liberation of Khoramshahr on May 24, 1983, His Eminence described building religious, committed, revolutionary, knowledgeable and skilled youth at Imam Hussein (a.s.) University, as a clear example of the fruits of the Islamic Revolution.

Referring to the resistance of the people of Iran against arrogance and the division of the world into the oppressor and the oppressed, He stated: "Today, the camp of arrogance is extremely angry at the achievements of the people of Iran and the Islamic Republic which have been made without the assistance of America and western powers and by relying on domestic capacities and capabilities. In response to their anger, we would like to repeat the well-known statement by Shahid Beheshti: ‘Go and die of anger.'"

The Supreme Leader of the Islamic Revolution emphasized that Islam is the only way to save humanity - which has suffered from different events over the course of many centuries - and the only path for achieving true dignity. He reiterated: "Religious and committed youth are the builders of the future of the country and they are the main elements for creating the new Islamic civilization."

Pointing to the different challenges that the Islamic Republic is faced with, Ayatollah Khamenei said: "The existence of a challenge never worries wise, well-informed and courageous individuals. Rather, it focuses their efforts on domestic and untapped capacities."

The Commander-in-Chief of the Armed Forces described these challenges as a source of progress and increasing power for the Islamic Republic, stressing: "Thanks to the victory of the Islamic Revolution, it is 35 years now that the people of Iran have stood up against the hideous and disgusting habit of global arrogance to divide the world into the oppressor and the oppressed. For this reason, global bullies and blackmailers - headed by America - have become agitated and angry."

His Eminence added: "Of course, this resistance has drawn nations throughout the world towards the people of Iran. Even those governments which do not have the courage to stand up against bullying powers are happy about and praise the resistance of the Islamic Republic."

He stated that issues like the nuclear energy and human rights - which have been brought up by bullying powers - are an excuse, saying: "With such excuses and pressures, they are trying to discourage the people of Iran from showing resistance against their bullying and thuggish behavior, but this will never happen."

The Supreme Leader of the Islamic Revolution reiterated: "The people of Iran have proven their capabilities in different arenas. They have shown that one can achieve scientific and social progress, international influence and political dignity even without relying on America."

Ayatollah Khamenei stressed: "The people of Iran have chosen the right path and they will continue this path. The majority of people all over the world are with the people of Iran."

Criticizing the use of the term "global community" that is used against the people of Iran, His Eminence stated: "We should not use the same term that the enemies use because the truth is that they do not represent the global community. They are only some arrogant governments which are under the influence of notorious Zionist companies."

Elsewhere in his statements, the Commander-in-Chief of the Armed Forces described Imam Hussein (a.s.) University as an important center for acquiring knowledge, carrying out research, learning revolutionary teachings, acquiring military skills and gaining wisdom and spirituality. He advised the young students of this university to appreciate the value of this great opportunity and he called on the officials and professors of Imam Hussein (a.s.) University to make the most of this opportunity."

At the end of his statements, the Supreme Leader of the Islamic Revolution said: "The country and its future belong to you. You should prepare yourselves for conquering distant horizons andaccomplishing great feats."