Ayatollah Khamenei in a meeting with members of the Assembly of Experts:

We will bring about US’s heaviest defeat throughout its history 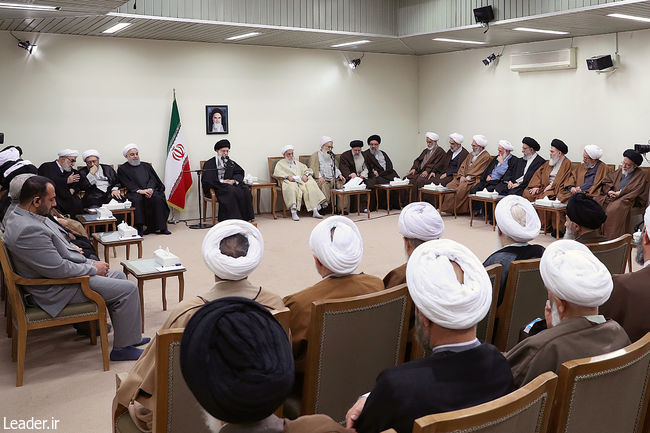 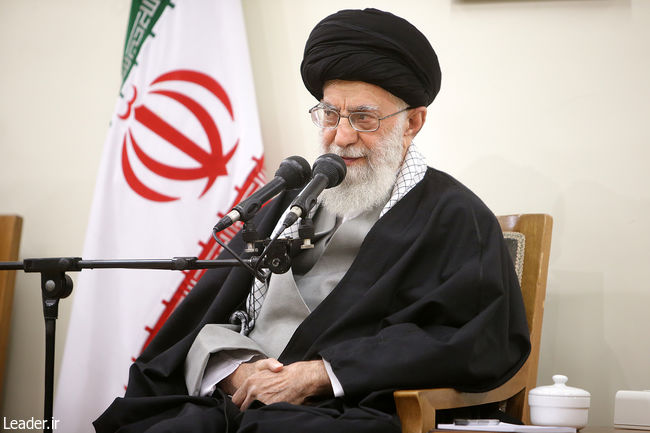 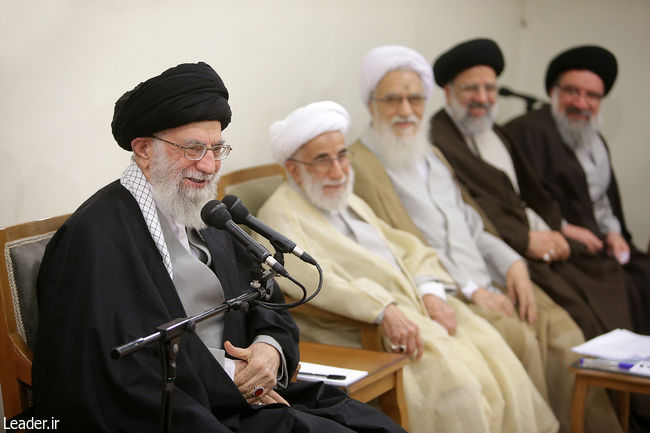 In this meeting, the Leader of the Islamic Revolution described ‘identifying the realities of the battlefield’ and ‘failing to understand facts’ as one of the most important binaries in facing challenges and events and went on to say: In domestic issues, the enemy and its allies try hard to show national entities as weak and the enemy as powerful, and eventually imply that the country faces many unsolvable problems towards the resolution of which no measure can be taken.
Ayatollah Khamenei referred to the developments of the West Asian region as another example of the enemies’ desperate efforts to portray Iran as weakened and held: Another example is the issues concerning the region. If we are not aware of our position in the region and the fact that the enemy is afraid of our sovereignty in the region, we might act in some manner; while if we have a good command of the facts, we might act differently.
The Supreme Leader warned that making wrong statements will serve the enemies’ plots and asserted: Those who indicate inaccurate and inappropriate remarks about the presence of Iran in the region, are actually assisting the enemy's plots.
Ayatollah Khamenei slammed the United States and Europe for their pervasive hostility against Iran and stated: Today, the United States and the Zionists have mobilized all their capabilities and facilities against the Iranian nation; and on the peripheries, the West and Europeans are also showing their animosity towards Iran in some way.
The Leader of the Islamic Revolution mentioned American officials' claims about imposing the most     severe sanctions on the Iranian nation and added: they have launched a pervasive assault against Iran, but if we commit to maximum mobilization of all our facilities and capabilities, by the Grace of God, we will make the United States suffer its heaviest defeat throughout its history.
Imam Khamenei advised his audience against aggressive reactions towards different opinions in the country and asserted: Setting limits for relations with the enemy is essential; however, this should not serve as a pretext for the people inside the country to aggressively treat those with varying opinions. His Eminence then added: Because of your upright abhorrence against the enemy, you should not accuse those you do not agree with of compromising with the enemy.
The Leader of the Islamic Revolution called clear limits with the enemies essential for securing the nation against soft war attempts and reminded his audience: Cultural frontiers, just like geographical borders, need to be made bold and protected so that the enemy cannot trespass these frontiers by means of deception and mischief, gaining control of the cyberspace as well as the culture of the country.
Insisting that our religious sources teach us how to face victories and positive events, Ayatollah Khamenei added: Quran tells us not to feel arrogant in the face of victory and to attribute victory to God, not to ourselves while praying and asking forgiveness.
Pointing out comments by Imam Khomeini (RA) who always noted the Divine power during the revolution and events related to it, he added: when achieving victory, the great Imam Khomeini, counted it as the result of blessings and bounties from God, including when he said: it was God who liberated Khorramshahr.
Pointing out the surprising and vast presence of the people in this year's demonstrations on 22nd of Bahman—February 11 that marked the 40th anniversary of the victory of the Islamic Revolution—the Supreme Leader stated: Can any human factor claim to have caused this massive and powerful presence? Without a doubt, the Divine power was behind this year's demonstrations on 22nd of Bahman.