Ayatollah Khamenei In a meeting with Iran’s Hajj organization officials 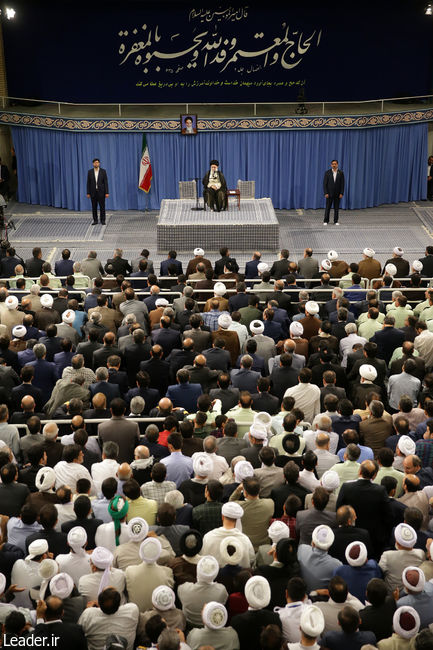 As the time for Abrahamic rituals of Hajj approaches— the time when people leave for Mecca to perform Hajj— organizers and officials of Iran’s Hajj organization met with the Leader of the Revolution, Ayatollah Khamenei, this morning (Monday) July 3, 2019.
The following is the extract of the statements his eminence made in this meeting:

Hajj is a manifestation of submission to and humbleness before God; it also has the social factors of unity, brotherhood, and harmony. Moreover it is a display of congregation as well as morality.