In a meeting with a group of economic activists

Ayatollah Khamenei: We will repel enemy in economic war 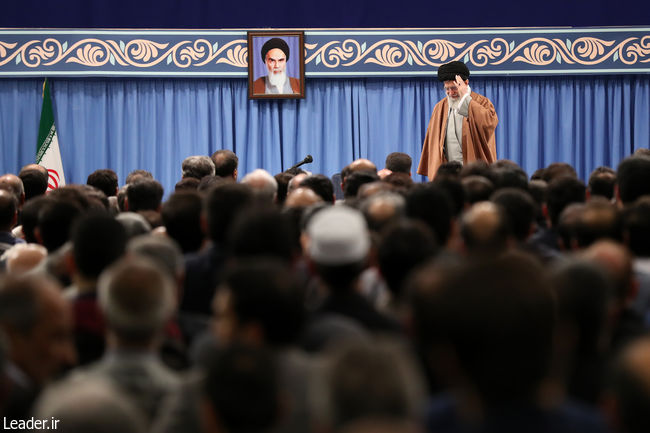 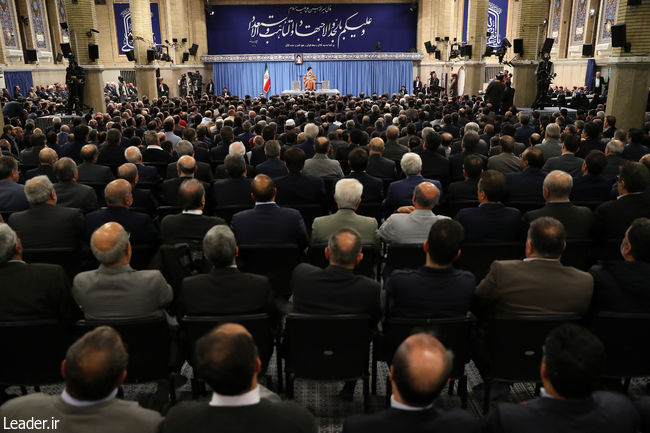 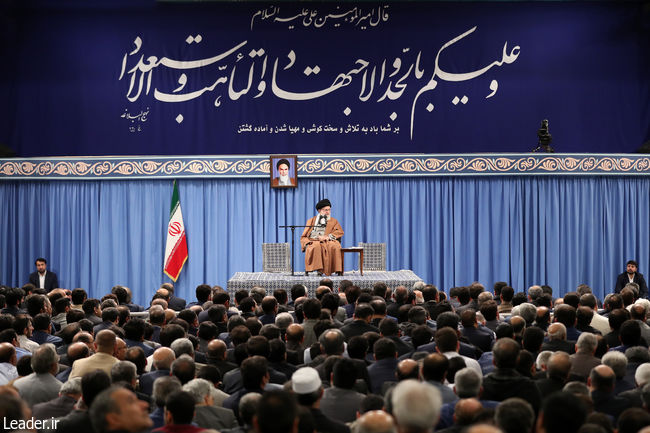 A group of economic activists, entrepreneurs and producers met with the Leader of the Islamic Revolution at the Hussainiyeh of Imam Khomeini.
The following is an excerpt of the statements his eminence made at this meeting:
"Both friends and foes should know that we have repelled the enemy in the war in military, political and security issues. The recent actions were security issues, not from the people. We have repelled the enemy in various areas, and by God's grace, we will also definitely repel the enemy in the economic war.
I strongly believe that the key and remedy to the country's problems stands in promoting internal production. Those who look to help from the outside for enhancing production and the economic situation should know the solution is this (promoting internal production). In the Islamic system, the economy has a crucial role. This is a mistake for some people to assume that the production of wealth, increasing public welfare and manufacturing in order to accumulate capital have been neglected in the Islamic system. Nevertheless, the Islamic system views wealth differently compared to other material oriented governments and systems – whether they are capitalistic and liberal, or Marxist and socialist. In Islam, equality in the sense that the socialist system speaks of does not exist, but public well-being exists. Those who chanted slogans of equality did not have absolute equality in their society, and it was impossible to achieve. Islam believes in producing national wealth and enhancing the level of welfare in the society. Some people have more money, but the distribution of public resources should be fair. Naturally in the Islamic system, that large gap in classes does not exist.
Economic development and production require vanguards and leadership. The vanguards are you, the producers. The pioneers in this area are the manufacturers. This is a critical area. It’s a war. Those who are involved in economic activities see that in the world all the countries are in war over economic matters. In the current U.S. president's era, the war is more apparent against China and South Korea, but it has also existed in other presidencies. Nevertheless, this war is brutal and vengeful, like the economic war that is taking place against us. The sanctions have become more severe, and will continue for now. For us to hope that they will end in a year or two is in vain. The sanctions will be in place for a long time.
This is not effective for us to hope in an end to the sanctions for the resolution of the economic problems in our country, or hope for the time when the current American president leaves office. Some are able to circumvent the sanctions, which is good. But, the principle task is to immunize the country against sanctions. Circumventing sanctions is a tactic; whereas, immunizing the country is a strategy. We should achieve a situation where sanctions can't hurt us, which is not the case now."