In meeting with members of High Council of Seminary Schools

The Leader: Enemy has plans to damage Islamic Revolution 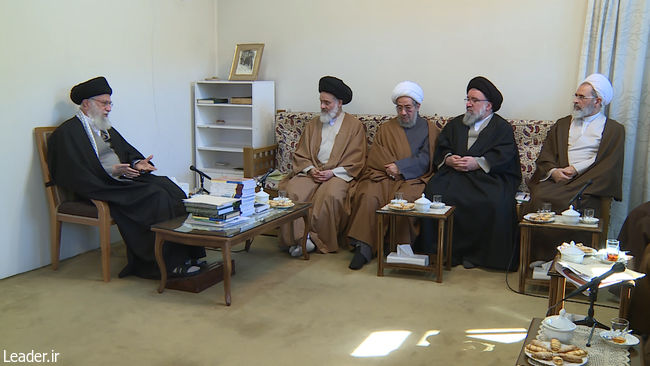 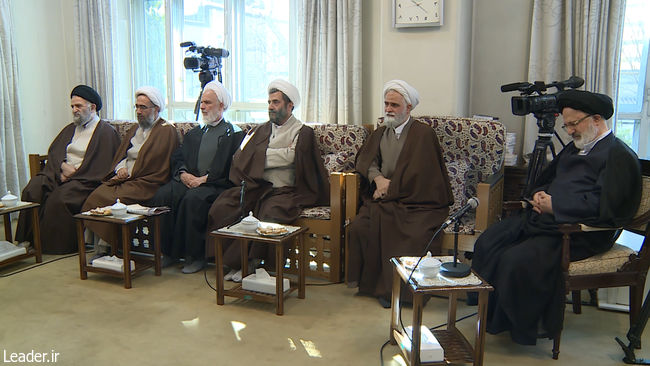 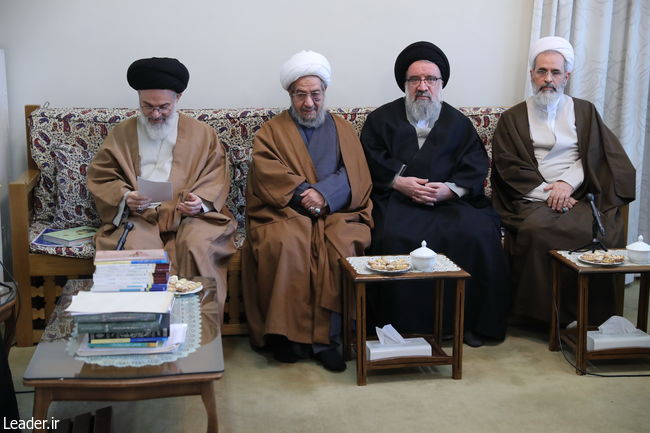 In meeting with the members of the High Council of Seminary Schools on Monday February 3, Ayatollah Seyyed Ali Khamenei, the Supreme Leader of the Islamic Revolution, stressed the need for planning to identify and use the superior intellectual talents of the young seminary students.

In this meeting, the Leader of the Islamic Revolution regarded the role of the members of the High Council of Seminary Schools in policymaking for training religious teachers and educators in the society as crucial. He appreciated the efforts of the members of this Council and the administrators of the seminaries. He added, “The limits of the duties of the High Council and the administrators of the seminaries, i.e. the distinction between policymaking and implementation, should be as clear as possible in order to greatly increase efficiency.”
Ayatollah Khamenei said the goal of the Islamic Revolution and the self-sacrifice of Imam Khomeini, the founder of the Islamic Revolution, in making this movement successful was the realization of Islamic rule and religious sovereignty. He stated, “The enemy has plans to identify the effective points of the Islamic Revolution and damage its fundamental principles and, the seminaries are one of their targets. Protecting revolutionary enthusiasm and the young seminary students, according to what the honorable Imam said near the end of his auspicious life (in “The Charter of the Clergy”), is a necessity.”
Emphasizing the need for identifying hidden and intellectual talent among young seminary students, his Eminence went on to say, “In various sectors of the country, great work and amazing innovations are sometimes carried out by the young people. In the seminaries too, there are certainly similar talents, which should be identified and used in intellectual circles, and they should be given responsibilities.”
The Leader of the Revolution also enumerated examples of prominent, great religious scholars being present in different cities of the country in the past. He added, “Religious students moving to other cities in order to help religious and educational affairs flourish in those parts, is useful and necessary. Planning is needed so that different cities will not be devoid of religious scholars.”