In a Qur’an Recitation Ceremony held via videoconference

The Leader: Qur’an a Book of Life for all of humanity 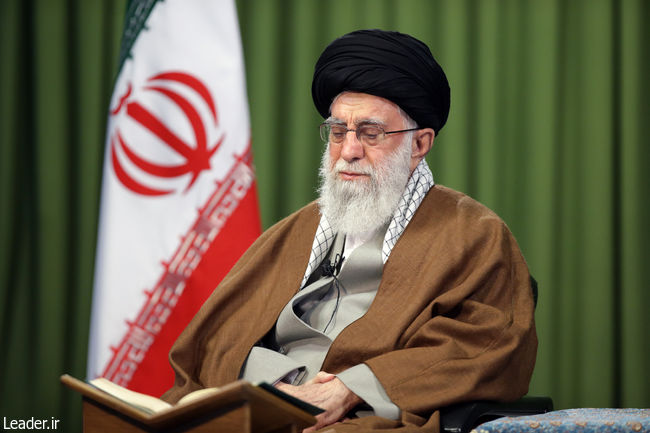 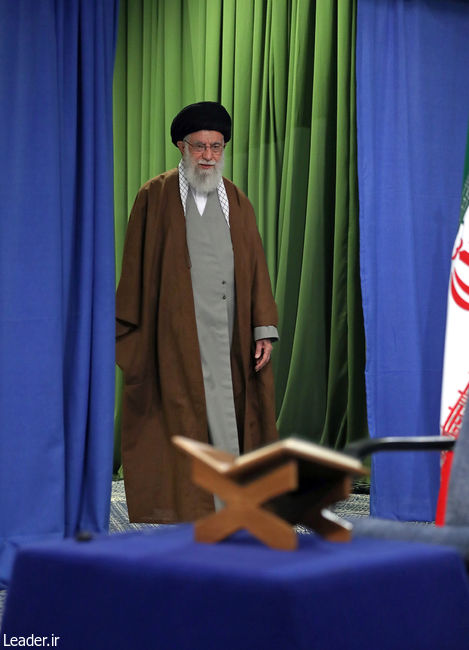 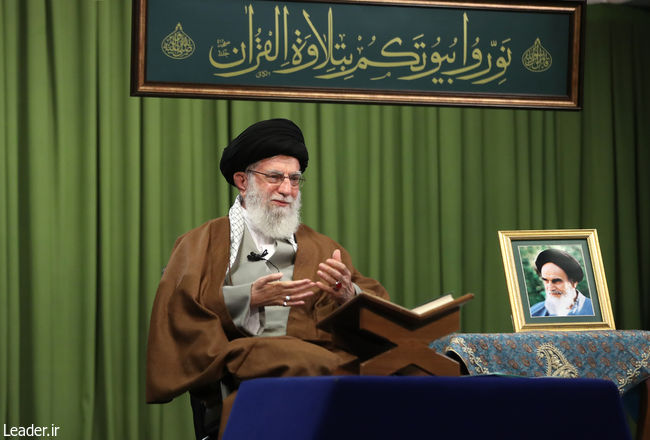 The Qur’an Recitation Ceremony, which is held every year on the first day of the month of Ramadan, was held this year via videoconference with the presence of a number of outstanding reciters of the Holy Qur’an on Saturday, April 25th, 2020. After the Qur’an was read by these reciters, Ayatollah Seyyed Ali Khamenei, the Supreme Leader of the Islamic Revolution, described the Qur’an as a “Book of Life” for all of humanity and as a book which can bring people bliss in this world and the next.
Ayatollah Khamenei stated that the only way to liberate humanity from oppression, discrimination, war, insecurity, and the trampling of values and to establish security, well-being and comfort is to act in accordance with the practical commandments of the Holy Qur’an. He said, “One section of the practical commands in the Qur’an deals with organization in life. If organization is based on power, money and lust, people will be deprived of a true life in this world and life in the next world. However, if people organize their lives in this world on the basis of goodness and good deeds, in addition to gaining worldly interests, they will definitely reach the real and true goals of life too.”
Using divine blessings, such as wealth and power, for the sake of building other people’s lives, helping the needy and doing good to other people were some of the other practical commandments in the Qur’an, which the Supreme Leader spoke about.
Ayatollah Khamenei stressed that acting in accordance with another section of the verses of the Qur’an and its practical commandments help us organize social relations. He added, “Some of these commandments include, ‘forbidding others from backbiting in society’ and ‘observing justice – even against opponents and enemies.’”
He described “refusal to accept those matters about which one is not certain” as being one of the commandments in the Qur’an, and stated that one of the common problems of journalism in the world is failure to act in accordance with this command and their efforts to create rumors and false news.
Ayatollah Khamenei stated, “Unfortunately, this problem is sometimes seen in our society as well.”
The Supreme Leader of the Islamic Revolution mentioned some of the other Islamic commandments, such as “not trusting or turning to the oppressors,” “the observance of justice and fairness in life,” and “not betraying a trust.” He emphasized that an important aspect of not betraying a trust includes fulfilling one’s responsibility. He said, “‘Not fearing the enemy and standing up firmly to him’ is one of the important commandments in the Qur’an. The situation of some Islamic countries at the present time and their being humiliated by the oppressive powers is the result of their fear of the enemies of Islam.”
He pointed to Imam Khomeini’s methodology and the great lessons to be taken from him, including not fearing the aggressive powers. The Leader of the Islamic Revolution stressed, “Being intimidated by the US will have bitter results. In recent years, we have witnessed in some of our own administrations that fear of the US created grave problems for them.”
Ayatollah Khamenei stated that “establishing the daily prayers in an attentive manner and for the sake of remembering God” and “repenting and asking God to forgive us, especially in the month of Ramadan” prepare the ground for spiritual upliftment.
At the end of his statements, Ayatollah Khamenei expressed hope that the Iranian nation, Muslims throughout the world, and in particular Islamic governments and officials would have the blessing of acting in accordance with the commandments of the Qur’an, since it is the cure for all problems.
In this luminous ceremony, a number of masters of the Qur’an, young reciters of the Qur’an, and one of the readers of supplications participated in the ceremony.