In a meeting with Committee on Combating Coronavirus 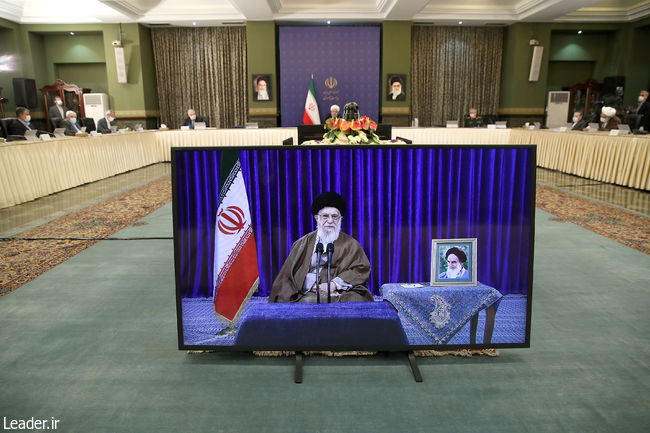 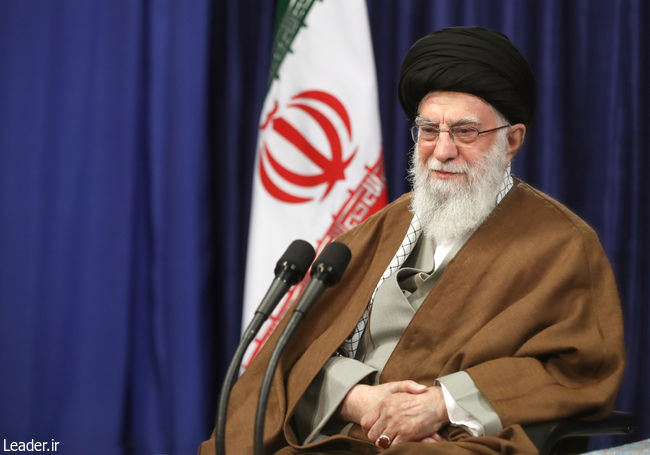 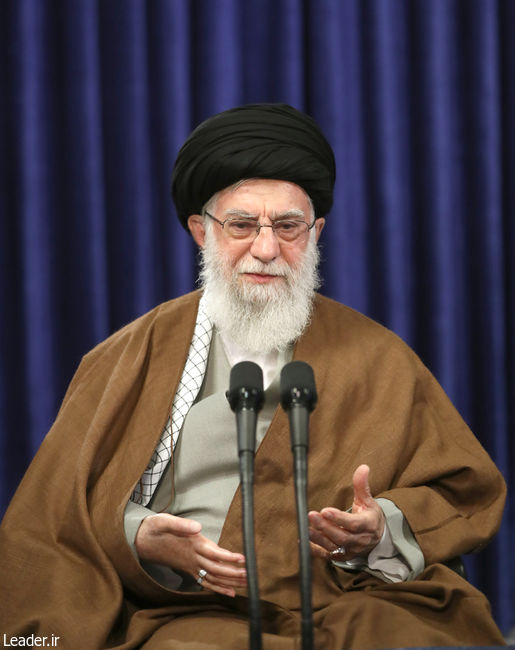 Ayatollah Seyyed Ali Khamenei met with the National Committee on Combating Coronavirus via video conference on Saturday, May 10, 2020. The President, Ministers, Governors and members of the Committee were present in this meeting. In his statements, Ayatollah Khamenei compared the behavior of people and officials in Iran with those in Western countries in the fight against the Coronavirus. He believes the three areas of being capable of managing, social philosophy and ethics to be three areas in which the U.S. and Europe failed in the battle against the Coronavirus.
The Supreme Leader of the Islamic Revolution expressed his gratitude for the round-the-clock efforts of officials and managers in charge of fighting the Coronavirus and thanked Allah, the Exalted, for the great blessings bestowed on the people and officials of Iran in this area.
Expanding on the blessings bestowed on the Iranian nation and the Iranian officials, He stated, “This great struggle took place in various, extensive areas. In the areas of treatment and in various kinds of medical and nursing services a truly great feat was accomplished and great struggles were made. The same is true of the prevention and screening measures taken, and the disinfection of the environment, public places, streets, roads and gathering places. Another area was the production of medical equipment and supplies by various companies – in particular, knowledge-based companies – and also by people throughout the country. What was achieved and at such a speed – necessary equipment was provided for free in many cases as well! – was another important factor, which is truly a source of pride. Another area was the rendering of public services and organizing charitable programs that were astonishing, in the true sense of the word, considering the extensiveness and diversity of these activities.”
Ayatollah Khamenei reiterated the fact that the west has failed in confronting the Coronavirus, and added, “This failure manifested itself in three areas: Managerial capability, social philosophy and morality.”
The Supreme Leader of the Islamic Revolution touched on the managerial failure of western countries and stated, “The Coronavirus spread in the US and in European countries later than in some other countries. In other words, these countries had time to prepare themselves for confronting the virus, but they were unable to do so in an appropriate way. The large number of people infected, the high number of deaths in the US and in certain European countries, and the problems the people are experiencing in those countries – including unemployment – prove their inability to deal with this problem.”
Ayatollah Khamenei described the western social philosophy as being a failure in confronting the Coronavirus, “The spirit and basis of the social philosophy of the west rests on materialistic motives. For this reason, they have ignored the elderly, the sick, the poor and individuals with various disabilities, because such groups of people do not have the capability to earn money and generate wealth. For this reason, many have died in nursing homes. This reality vividly exhibits the failure of the western social philosophy.”
Failure in the area of public morality was another issue that His Eminence addressed in examining the various dimensions of the west’s incompetence to deal with the new disease.  He reminded that the people in those countries poured into stores in a frenzied manner. He said, “Despite all their extravagant claims, the west has also failed in this area. Therefore, these realities should be clarified for public awareness.”
Expressing his condolences to all those who have lost their dear ones due to Covid-19, Ayatollah Khamenei prayed for divine mercy for the deceased and for the recovery of those currently afflicted.
Expanding on the achievements made by the people and officials in recent months, the Supreme Leader of the Islamic Revolution stated, “A truly impressive and praiseworthy feat was accomplished in the areas of treatment, various healthcare services, prevention, screening, and the disinfection of public places.”
Imam Khamenei described the diversity of the services provided and the presence of the people, the Basij, the Armed Forces and other organizations as a “pious and astonishing endeavor” and reiterated that this great movement of the people would not have come about without divine providence and the hand of divine power.
His Eminence stated that the scientific and research efforts of academic centers and certain knowledge-based companies for the cause of understanding the behavior of this tricky virus and in order to find an effective vaccine and medication are other sources of pride for the Iranian people. He expressed the hope that young Iranian scientists would succeed in achieving a breakthrough as soon as possible so that they may show Iranian ingenuity to the whole world.
At the end of his statements, the Supreme Leader of the Islamic Revolution stressed two points: “attaching great significance to the health network in the country” and “thorough investigations to see if mosques and places of prayer should be opened or not.”