The Statement by the Leader, following the victory of the Palestinian resistance 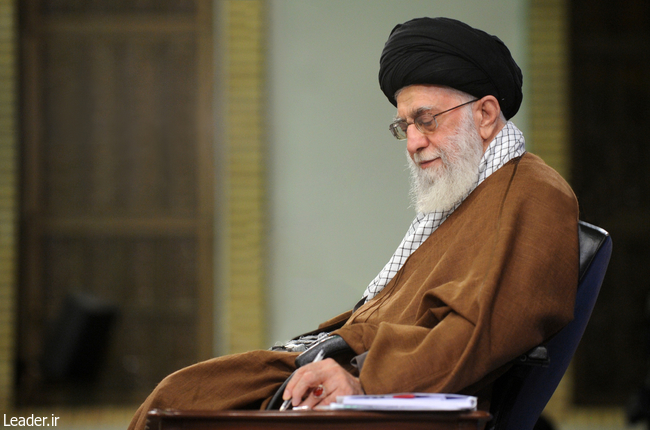 The Statement by the Leader of the Islamic Revolution, following the victory of the Palestinian resistance - 21 May 2021

Hazrat Ayatollah Khamenei commenced by congratulating the Palestinian resistance on its victory in the 12 days war against the Zionist regime.

Following is the full text of the statement by the Supreme Leader.

In the name of God, The most beneficent the Merciful

I thank God the Almighty, all power for the victory and honour, which He has bestowed on the Palestinian freedom fighters. I ask God Almighty for the comfort and peace of mind on the wounded hearts of those whose loved ones were martyred. I ask mercy and happiness for the martyrs and complete healing for the injured ones. I congratulate on the victory against the criminal Zionist regime.

The ordeal of these few days has made the Palestinian nation proud. The savage and barbaric enemy has rightly recognized that it is incapable against the unified Palestinian uprising. The test of cooperation between Jerusalem and the West Bank with Gaza and the 48 territories and camps showed the solutions for the bright future of the Palestinians. In these 12 days, the tyrant regime committed massive crimes, mainly in Gaza, demonstrating its inability to counter the unified Palestinian uprising. It committed shameful and outrageous crimes, which have incited public opinion throughout the world against itself. It and its western allies, in particular the criminal state of America, are hated even more so than before.  Both the continuation of the crimes and the request for a ceasefire were their defeat. The criminal regime had no choice but to accept defeat. The evil regime will become even weaker. The readiness of the Palestinian youth, the demonstration of strength of valuable jihadist groups and the constant numbers of forces, will make Palestine stronger day by day, and the usurping enemy will become more powerless and weaker day by day.

The timing of the start and cessation of hostilities depends on the discretion of the Palestinian jihadist and political leaders. However, there should not be any stoppage in the preparation and strong presence on the scene. The experience of the "Sheikh Jarrah" in resisting against the tyranny of the regime and the illegitimate settlers should be the constant example for the zealous Palestinian people. I salute the brave people of "Sheikh Jarrah".

The Islamic world is entirely responsible for the Palestinian cause and has a religious obligation. Political reasoning and governmental experiences also confirm and emphasize this religious duty. The Muslim states must be sincere in supporting the Palestinian people, whether in military strengthening, or in the financial support that is needed today more than in the past, or in rebuilding the infrastructure and destruction in Gaza.

The demand and pursuit by the Muslim Ummah will support this religious and political need. The Muslim nations must demand this from their governments, and the nations themselves are obliged to provide financial and political support as much as they can.

Another important task is to pursue legal actions to take the terrorist and cruel Zionist government to face justice. Everybody who is alert acknowledges that the heinous crime of killing Palestinian children and women in these 12 days should not go unpunished. All actors in the regime who are involved in these crimes, and in particular, Netanyahu, must be prosecuted and punished by independent international courts. This will materialize by the divine strength and power of God as He says: And God has full command of His affairs.