He was one of the pillars of the Hawza , and Imam Khomeini’s (r.a) companion 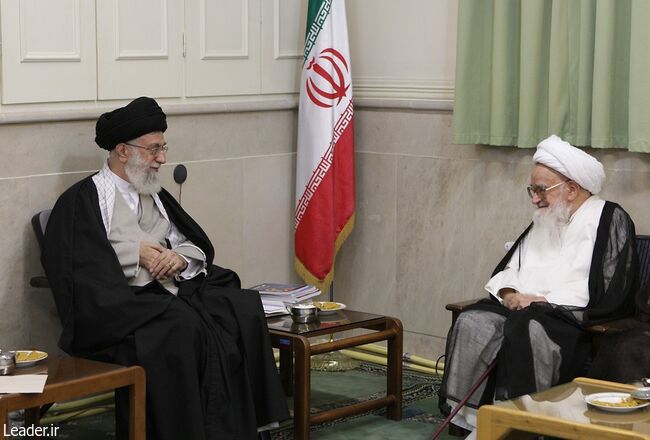 Ayatollah Khamenei, in a message, condoled the departure of Ayatollah Lotfollah Safi Golpaygani, who was a high-ranked religious scholar and an insightful religious reference.

The text of the Islamic Revolution Leader’s Message is as follows:

In The Name of Allah, The Most beneficent, The Merciful

Unfortunately, I have received the news of the passing of the high-ranked religious scholar and the insightful religious reference, Ayatollah Lotfollah Safi Golpaygani (r.a). He was among the pillars of the Hawza of Qom, one of the most prominent scientific and practical and experienced scholars of that blessed Hawza. During the time of the late Ayatollah Borujerdi, he [Ayatollah Safi Golpaygani] was one his best students; during the time of the late Ayatollah Seyyed Mohammad-Reza Golpaygani, he was his scientific and practical adviser, and during the revolution, he was the trusted companion of Imam Khomeini (r.a). Many years at the Guardian Council (Constitutional Council), he was the central pillar of that council, and even after that, he always compassionately and responsibly stepped in the issues of the revolution and the country. Many times he informed and blessed me with his opinions and advice. His gift for poetry, historical memory, and addressing social issues were some other personality dimensions of this wise old scholar. His loss brings sorrow to the religious and scientific community of the country. My condolences to his respected family and his cherished children, as well as the tremendous religious references and the scholars of the Hawza and his followers and admirers, especially in Qom and Golpayegan, and I, ask God to bless him with His mercy.