The Leader  in a meeting with the President of Syria and the accompanying delegation: 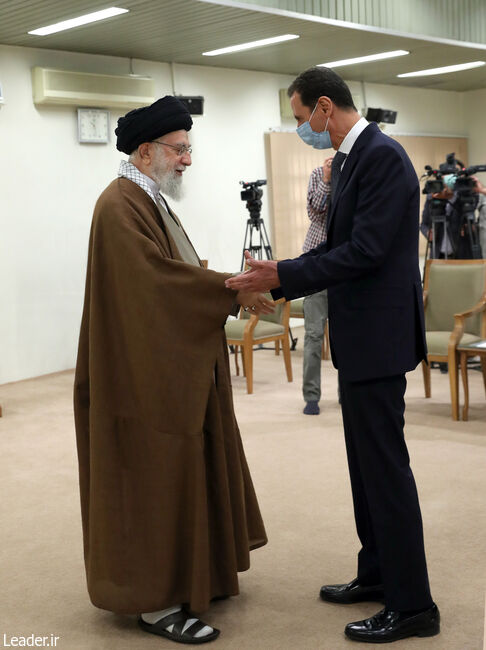 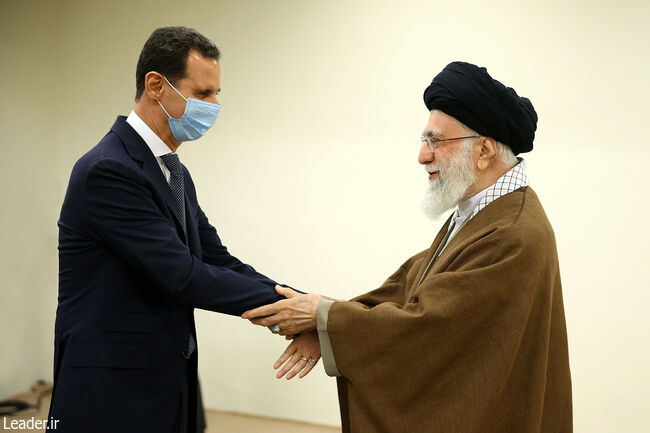 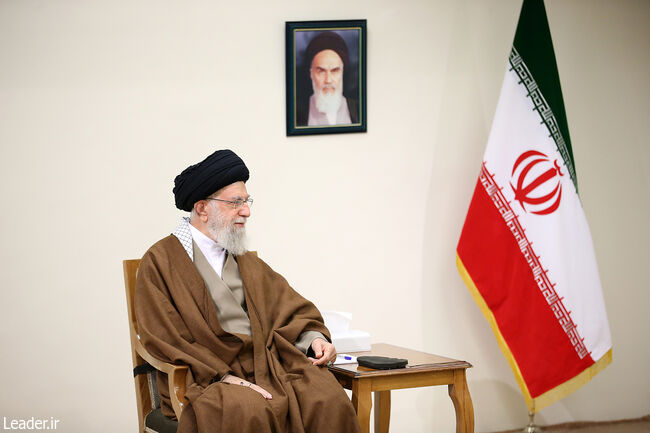 Today(Sunday), the Supreme Leader of the Islamic Revolution, Ayatollah Khamenei, in a meeting with Syrian President Mr Bashar al-Assad and his accompanying delegation, regarded the resistance of the Syrian people and system and victory in an international war as the preparation for the increase in the prestige and pride of Syria. He stressed: "Considering the high morale and will of the President and the Government of Iran to expand cooperation with Syria, efforts should be made to improve relations between the two countries more than before."

Referring to Syria's outstanding achievements in the political and military fields, the Leader of the Revolution said: Today, Syria is not like Syria before the war, although there were no destructions then, but the respect and prestige of Syria is much higher now than in the past, and everyone sees this country as a power.

Emphasizing that today the nations of the region are proud of the President and people of Syria, Ayatollah Khamenei added: that some of the leaders of our neighbouring countries sit and socialize with the leaders of the Zionist regime and drink coffee together. Still, the people of these countries fill the streets with crowds and anti-Zionist slogans on al-Quds Day, and this is the reality in the region today.

He considered several factors influential in the resistance of Syria and victory in the international war. He addressed Mr Assad: One of the most important of these factors is the high morale of yourself, and God willing, with this spirit, you will be able to rebuild the ruins of the war because there are great things ahead of you.

The Supreme Leader of the Revolution also commemorated the memory of Martyr Commander Soleimani and said That the great Martyr showed extraordinary support for Syria and was genuinely devoted, and his behaviour in Syria was no different from his behaviour in the eight-year holy defence of Iran.

He added that Martyr Soleimani and other prominent members of the IRGC, including Martyr Hamedani, really worked hard and viewed the issue of Syria as a sacred duty.

Ayatollah Khamenei emphasized: "This bond is vital for both countries, and we should not let it weaken, but we should strengthen it as much as possible.

Referring to the expression of friendship and love of some countries that were on the front against Syria in previous years, he added: The future line should be clarified from past experiences.

The Supreme Leader of the Revolution considered the spirit and cheerfulness of the Syrian President as the basis for doing great things and said: The President and the Government of the Islamic Republic of Iran are also truly jovial and have high morale and will with severe concern and motivation for the issue of Syria, and this opportunity should be used to improve the relations between the two countries further.

In this meeting, which President Raeisi also attended, Mr Bashar al-Assad thanked the stance and support of the Iranian nation and government, also commemorating the memory of Martyr Soleimani, and said: Iran's steadfastness and stable stance in the past four decades on regional issues, especially the issue of Palestine, showed all the people of the region that the path of Iran is the right and the principle path.

The ruins of the war can be rebuilt, but they cannot be rebuilt if the principles are destroyed," he said. And the insistence of the Iranian nation on the principles of Imam Khomeini (r.a), which continued with your efforts, paved the way for the great victories of the Iranian nation and the people of the region, especially the Palestinian people.

Mr Bashar al-Assad added: "Some people think Iran's support for the Resistance Front is weaponry support, while the most important support and assistance of the Islamic Republic are to breathe the spirit of resistance and its continuation."

In the end, the Syrian President emphasized: that what made the Zionist regime unable to rule the region was the strategic relations between Iran and Syria, which must continue with strength.