The Leader met with the Emir of Qatar and his accompanying delegation: 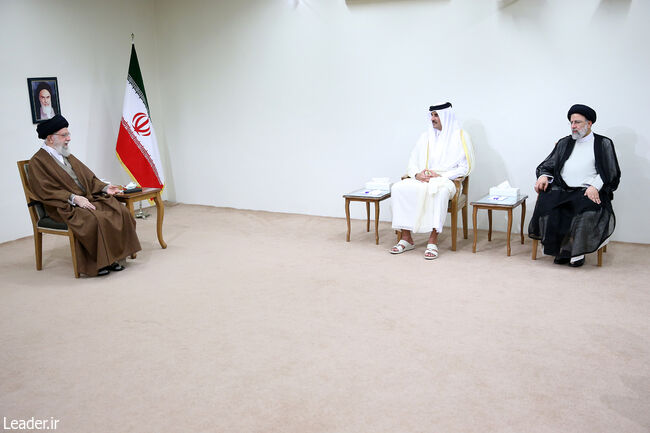 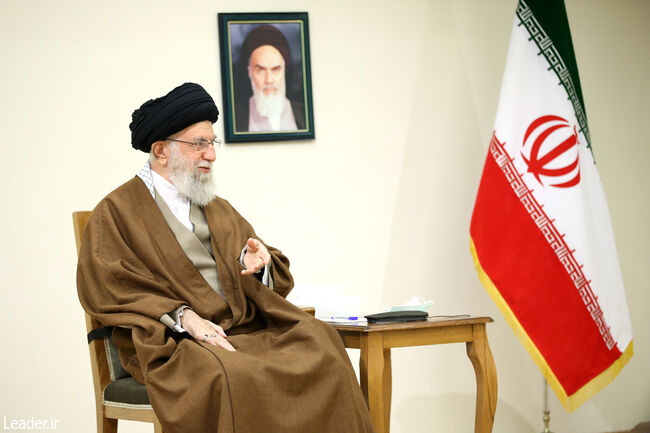 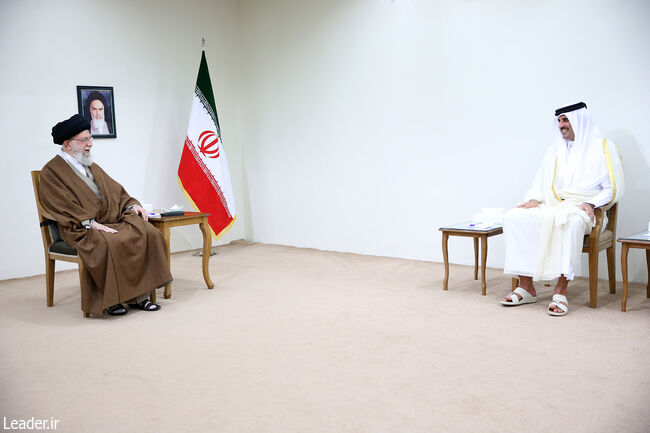 This evening (Thursday), Ayatollah Khamenei, the Supreme Leader of the Islamic Revolution, met with Sheikh Tamim bin Hamad Al Thani, Emir of Qatar, and the delegation and emphasized the increase in political and economic cooperation between the two countries and said the solution to regional issues is dialogue without foreign interference. He Referred to the continuation of crimes of the Zionist regime against the Palestinian people. He said: The Arab world is expected to step into the political arena explicitly in the face of these blatant crimes.

In this meeting, Ayatollah Khamenei considered the strength and stability of Iran-Qatar relations in the interest of both countries and added: The current level of economic ties between the two countries is deficient and should be multiplied, and there is also room for further exchange of views on political issues, which we hope this journey will be a new beginning for expanding cooperation.

The Leader of the Islamic Revolution confirmed the words of the Emir of Qatar in condemning the crimes of the Zionist regime, calling the decades-long oppression of the evil Zionists against the Palestinian people a bitter reality and a blow to the Islamic world and the Arab world and said: In the face of these crimes, the Islamic Republic of Iran expects the Arab world to enter the field of political action explicitly.' Referring to the remarks of the Emir of Qatar about the events of last year in the Sheikh Jarrah neighbourhood, he noted: In that event, the support of some Arab countries for the Palestinian people was not even as great as that of some Europeans, and they did not make any stance, which they still do today.

Ayatollah Khamenei emphasized: If this approach of the Arab countries is due to the fear of the Zionist regime or out of greed, they should know that today the occupying regime is not in a situation where it can be coveted or feared. He said the solution to the problems in the region lies in the hands of the countries of the region through dialogue, adding: "Syria and Yemen can also be resolved through dialogue. The Supreme Leader of the Revolution emphasized there is no need for the intervention of others to govern the region and said: "The Zionists create corruption wherever they set foot and cannot give any power or privilege to the countries, so we, the countries of the region, must build our relations through consensus and strengthened cooperation.

Referring to the agreements made between Iran and Qatar, he stressed: "These agreements will be implemented on a specific schedule."

In this meeting, which the President of our country also attended, the Emir of Qatar expressed satisfaction with his second visit to Iran and pointed to the prominent position of the Leader of the Islamic Revolution in the Islamic world and said: The crimes of the Zionist regime in Palestine are horrible and we must all stand against the events in Palestine.

The Emir of Qatar lamented the martyrdom of a female journalist in Jenin by the Zionist military, adding: "The Zionists committed this crime in cold blood."

Sheikh Tamim bin Hamad Al Thani also discussed the solution to the problems of the countries in the region, including Syria, Iraq and Yemen, and also mentioned the economic relations between Iran and Qatar: The Economic Committee between the two countries has become active, and we hope that economic cooperation will significantly improve by next year.