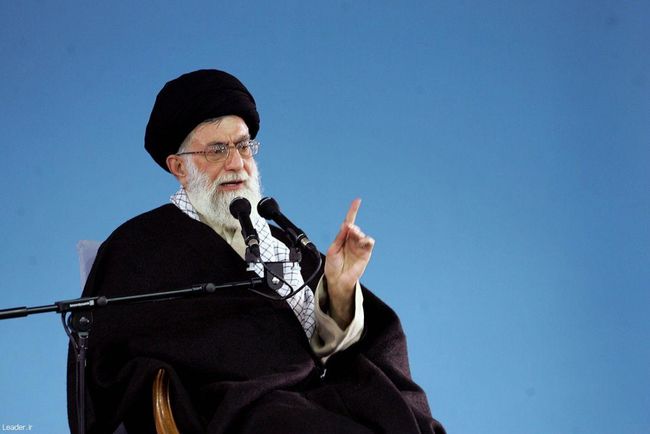 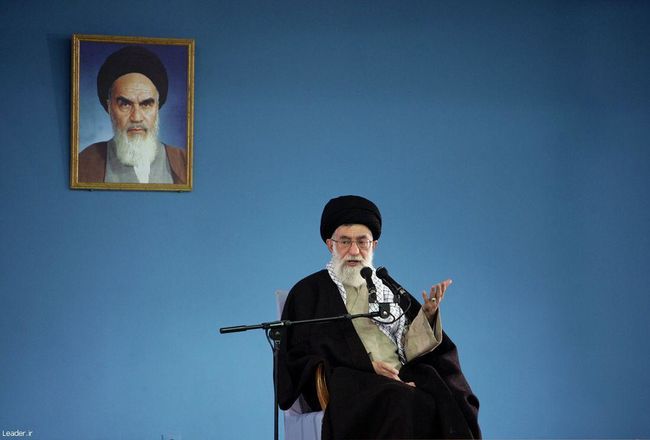 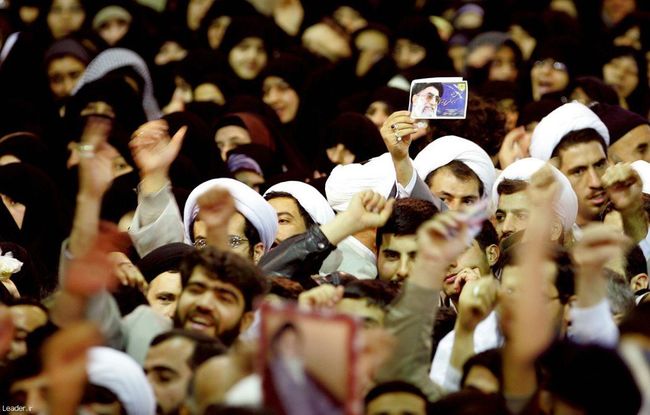 Islamic Revolution Leader Ayatollah Sayed Ali Khamenei felicitated the auspicious Divine festival of Eid al-Qadir to a large audience of people Monday and described the important event in which Gabriel proclaimed Ali Ibn Abi Taleb the successor to the Last Messenger Hazrat Muhammad, as sign of grandeur, comprehensiveness and foresight of Islam.

"Today the prime duty of Muslims, especially ulema, intellectual figures, prominent personalities and politicians is to undertake efforts to further boost unity among Muslims and help promote Islamic awakening and demote discord and disagreement in the world of Islam," Ayatollah Khamenei noted.

Ayatollah Khamenei honored the Last Messenger for appointing such a unique and all-embodied personality like Ali (A.S) on the day of Qadir and called it a Divine appointment that made Islam perfect by showing the roadmap following his departure.

"Hazrat Ali was the ultimate representation of moral edification, religious practicing and unwavering allegiance to faith, refusal to heed non-Godly affairs, unfazed drive in the path of God, employment of knowledge, wisdom, foresight, power and resolve," the IR Leader affirmed, adding that his appointment to be the successor to the Last Messenger constitutes the leadership of the Islamic Ummah in the course of time.

Ayatollah Khamenei urged preventing the momentous event to become a matter of provocation among Muslims or undermining Islam.

"Enemy is bent on inciting discord and bloody fratricide among Muslims. Shiite people must be wary not to make the least of statement or move that may promote the ploy. Sunni brethren for their part must keep vigilance and take alert to enemy's possible abuse of religious sentiments and perceptions," Ayatollah Khamenei urged.

Raising the failure of America's policies in Iraq, Afghanistan, Lebanon and Palestine, already admitted to by its own politicians, Ayatollah Khamenei said: "In the wake of those defeats, the arrogant powers, masterminded by America, have turned to Shia-Sunni discord stratagem in order to torpedo the ever-widening wave of Islamic awakening that began life as the Islamic Republic flag was hoisted in Iran."

The IR Leader called on the Islamic world, notably Muslim intellectuals and scholars to create awareness in people from different walks of life and promote unity and solidarity among Muslims.

"America continues to budge to the Zionist regime and in return keeps to make some Arab states budge. They will never have to budge provided they rely on a immense power," Ayatollah Khamenei underlined.

Concerning certain reports about America's efforts to form an alliance with Britain and some Arab states against the Islamic Republic of Iran, the IR Leader noted, "such an alliance translates into cooperation with two foreboding and maculate governments against a nation which have already brought honor to Islam and have made many sacrifices in this concern. Arab governments must be wary of the perilous trap."

"Even if such an alliance is made it is good for nothing. Because during the Imposed War time (Saddam Hussein invasion of Iran in 1980), a more powerful alliance took form to occupy part of the Iranian soil at the hand of the black-record and doomed stooge, Saddam. They exhausted all their efforts for eight full years, but virtually failed to do a damn thing. This time around too, their plot against the Islamic System will produce nothing."

Ayatollah Khamenei affirmed that the progress of the Islamic Republic of Iran in different fields of science and technology also belongs to the world Islam.

"Nuclear energy, as an indigenous achievement, is a source of honor for the Iranian nation as well as the world of Islam. If some Arab and Islamic states have held perceptions that they could gain consent of the Zionist regime and alleviate the concerns of the usurper regime by joining America-Britain alliance, they have made a political false step," Ayatollah Khamenei underscored.

"The Iranian nation no doubt will not abandon its right and the authorities too can not afford to leave behind the great achievement," Ayatollah khamenei proclaimed.