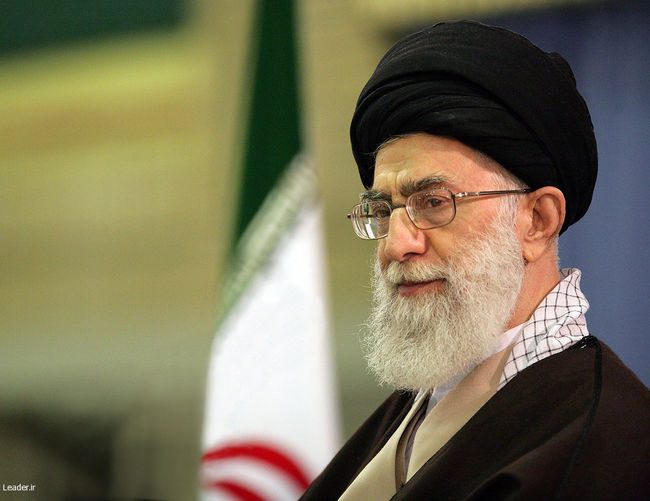 Islamic Revolution Leader Ayatollah Sayyid Ali Khamenei issued a statement Tuesday in condemnation of the Monday bloody Israeli attack against Fleet of Freedom humanitarian aid ships, saying that the atrocity was an aggression against world public opinion.
Ayatollah Khamenei said the Palestinian issue was no longer merely an Arabic or even Islamic issue rather it was a grave contemporary human rights issue to which the supporters of the Zionist regime especially America, Britain and France must be held accountable.
Ayatollah Khamenei said the savage and barbaric attack against the humanitarian fleet was another leaf in the log of massive criminal acts committed by the regime.
"That was another example of brutal and impudent conducts endured by regional Muslims, especially the Palestinians ever since decades ago," Ayatollah Khamenei said.
"The fleet represented world public opinion and human conscience worldwide rather than an Islamic or Arab entity alone," Ayatollah Khamenei said, adding that the savage attack substantiated the idea that Zionism is a newer and more violent face of Fascism, albeit this time sponsored by human rights 'advocates' particularly the US.
"America, Britain, France and other European countries which lend diplomatic, propaganda, military and financial support to the instinctually criminal state should be seriously held accountable," Ayatollah Khamenei wrote.
Ayatollah Khamenei urged awakened consciences in the world to stop and deliberate how dangerous a phenomenon the humanity faces in the sensitive Middle East and what an impudent and insane regime had held a grip on the usurped country of Palestine and its innocent people.
"How one could understand three years of food and medicine embargo against 1.5 million people in Gaza as well as daily massacre and torture against youths in Gaza and the West Bank," the statement read.
Ayatollah Khamenei noted that the Palestinian issue had turned into primary human rights issue in the contemporary world following the savage sea attack, adding that the symbolic and brilliant sea mission must be modeled and replicated.
Ayatollah Khamenei then took Arab states to task, saying that Arab states were facing a grave test.
"Awakened Arab nations demand their states to carry out a firm measure," Ayatollah Khamenei said, adding that the Organization of Islamic Conference (OIC) and the Arab League must not settle for less than a full Gaza siege lift, a full stoppage on any aggression against Palestinian residences and lands in the West Bank as well as trial of such criminals as Benjamin Netanyahu and Ehud Barak.
The Islamic Revolution Leader then assured the Palestinian nation and the Gaza people and their democratic government that their wicked foe was feebler than ever.
"The Monday sea atrocity was not a token of power rather it was a token of haplessness and frustration. God has willed to see oppressors draw themselves closer to their definite doom as they approach end of their heinous life," Ayatollah Khamenei wrote.
Ayatollah Khamenei said the terrorist Zionists were drawn closer to precipice after their attack to Lebanon and Gaza in 2006 and 2008 respectively, adding that the Monday attack helped accelerate the definite fate.
"Palestinian brothers and sisters; rely on the All-Prudent, All-Powerful God. Believe your might and boost it. Have belief in an eventual victory and know that 'Assuredly God will help him who helps Him (22:40),' Ayatollah Khamenei encouraged.