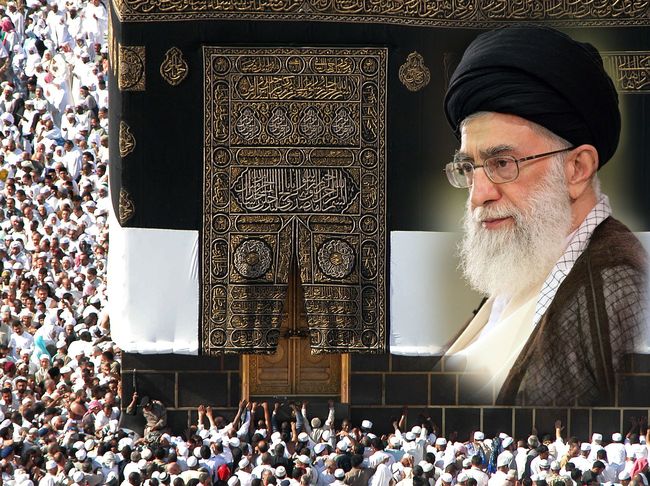 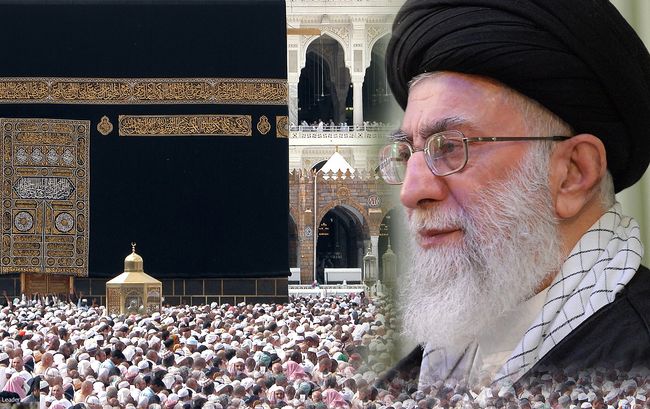 In the Name of Allah, the All-beneficent, the All-merciful.

All praise belongs to Allah, the Lord of the worlds and may Allah’s blessings be upon our Master, Muhammad al-Mustafa and his immaculate Family and his elect Companions.
As a symbol of Islamic unity and honour and the emblem of monotheism and spirituality, the Holy Ka’bah, during the Hajj season, is host to the ardent and hopeful hearts, who come hurrying from all over the world to the birthplace of Islam in response to the call of the Glorious Lord. At this time, the Islamic Ummah can have a bird’s eye view of its own great extent and diversity, seen through the eyes of its envoys who gather here from all over the world, and be witness to the profound faith that rules over the hearts of the followers of the True Religion, and appreciate its great and peerless heritage.
This self-discovery of the Ummah enables us as Muslims to become aware of the position which is worthy of them in the world, today and tomorrow, and to keep moving towards it.
The expanding wave of Islamic awakening in the world today is a reality that heralds a bright future for the Islamic Ummah. This powerful surge started three decades ago with the victory of the Islamic Revolution and establishment of the system of the Islamic Republic. Our great Ummah has continued to march ahead non-stop, removing the obstacles from its way and conquering new fronts. The sophisticated stratagems of the global Arrogance and its costly maneuvers aimed at countering Islam are also a consequence of these victories.
The extensive propaganda of the enemy to spread Islamophobia, its offhand efforts to create discord among Muslim sects, to incite sectarian prejudices, to bring about pseudo-confrontations between the Sunnis and the Shi’ah, to create disunity between Islamic states and to aggravate their differences, to change them into hostility and unsolvable conflicts, its employment of intelligence and espionage outfits to propagate corruption and immorality amongst the youth—all these are nervous and bewildered responses to the steady and firm advances of the Islamic Ummah towards awakening, honour and freedom.
Today the Zionist regime is no more the undefeatable monster of 30 years ago. The United States and the West are also no more the unquestionable decision-makers of the Middle East that they were two decades ago. Contrary to the situation that existed ten years ago, the nuclear know-how and other complex technologies are no longer considered inaccessible daydreams for Muslim nations of the region. Today the Palestinian nation is an acknowledged paragon of resistance, the Lebanese nation has single-handedly demolished the fake awesomeness of the Zionist regime and emerged as the victor of the 33-day war, and the Iranian nation is at the vanguard of the movement towards the looming peaks.
Today the arrogant United States, the self-styled commandant of the Islamic region and the real sponsor of the Zionist regime, is bogged down in the quagmire of its own making in Afghanistan. As a result of all its crimes against the people of Iraq, it is in the course of becoming isolated in that country. It is hated more than ever before in disaster-stricken Pakistan. Today, the influence of the anti-Islamic front which since the past two centuries has acted as a despotic overlord over Islamic nations and states and plundered their resources, is receding before the heroic resistance of the Muslim nations.
On the opposite side, the wave of Islamic awakening is steadily advancing and growing in depth day by day.
On the one hand, this hopeful and promising situation should inspire us, the Muslim nations, to keep marching ahead towards the desirable future with ever greater confidence. On the other hand, the past lessons and experience should make us more vigilant than ever before. This general imperative undoubtedly calls for greater commitment from religious scholars, political leaders, intellectuals and youth than the others and requires them to be at the vanguard of the struggle.
The clear and living message of the Noble Qur’an is addressed to us:

You are the best nation ever brought forth for mankind: you bid what is right and forbid what is wrong, and have faith in Allah. (3:110)

In this majestic address the Islamic Ummah is declared as one which has been brought forth for the sake of humanity. The aim of its birth is the good of mankind and its deliverance.
Its major duty is to urge what is good and to forbid evil while maintaining unshakeable faith in God. There is no ‘right thing’ (ma’ruf) more significant than rescuing nations from the satanic claws of the global Arrogance, and there is no ‘wrong thing’ (munkar) uglier than dependence on the Arrogant and servitude to them.
Today the major duties of the elite of the Islamic Ummah is to provide help to the Palestinian nation and the besieged people of Gaza, to sympathize and provide assistance to the nations of Afghanistan, Pakistan, Iraq and Kashmir, to engage in struggle and resistance  against the aggressions of the United States and the Zionist regime, to safeguard the solidarity of Muslims and stop tainted hands and mercenary voices that try to damage this unity, to spread awakening and the sense of responsibility and commitment among Muslim youth throughout Islamic communities.
The glorious spectacle and stage of Hajj provides us with an opportunity for the fulfillment of these duties and summons us to intensify and redouble our resolution and efforts.

Peace and Allah’s mercy be upon you!