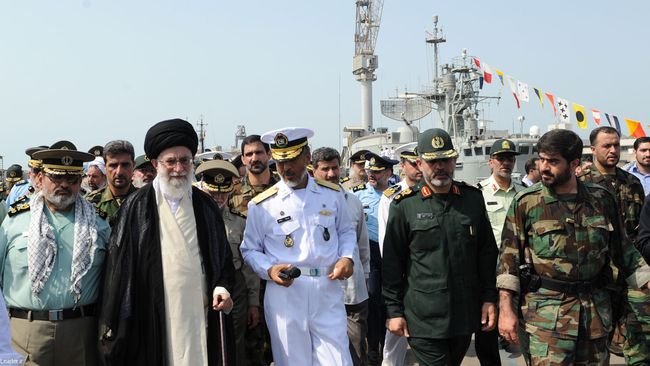 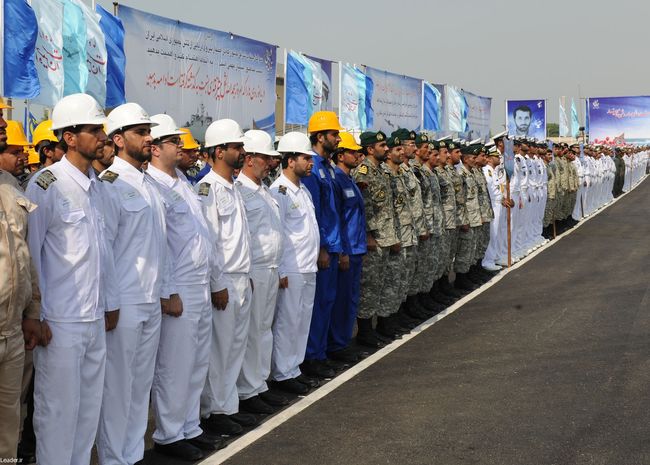 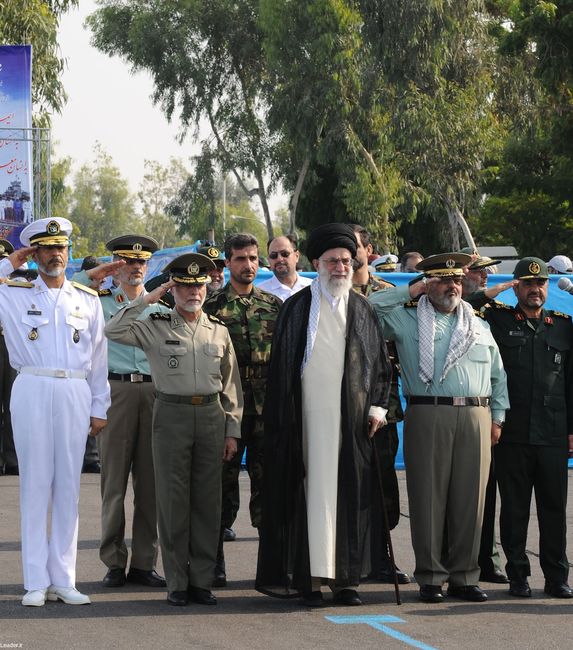 The Leader of the Islamic Revolution Ayatollah Sayyed Ali Khamenei has slammed the presence of US and European warships in the Persian Gulf as "detrimental and unwarranted."

The Iranian nation would push back any political and military power forcing them to withdraw, Ayatollah Khamenei said Saturday.

Ayatollah Khamenei made the remarks in the southern port city of Bandar Abbas in Hormuzgan province where he arrived earlier Saturday morning to visit facilities of Army’s naval force.

Addressing commanders of the Navy, Ayatollah Khamenei referred to the presence of hegemonic powers in the most sensitive region of the Persian Gulf and the Sea of Oman saying, “Situation is now different from the past".

"The long and vast seashore of the region is now under the control of an independent and glorious nation which is aware of its power and national intention and relying on God will force back any political and military power".

Ayatollah Khamenei added that the region of the Persian Gulf and the Sea of Oman has presently become a “free and independent region thanks to the powerful presence of Iranian forces".

IR Leader stressed that the “time is over when arrogant powers used to determine the destiny of other nations through military presence".

"Even if some of the regional governments are still inclined to obey the orders of the arrogant powers, regional nations have awakened and become alert, and consider the foreigners' military presence as the cause of insecurity in the region," Leader of the Islamic Revolution added.

"The days of hegemonic powers which determine the fate of other nations by imposing their military might has come to an end," Ayatollah Khamenei said.

Ayatollah Khamenei stressed that Iranians have not, so far, encouraged and would not do so in the future any nation to fight or enter any confrontation.

"We will prevent any accidental or intentional confrontation as far as it is possible,” Ayatollah Khamenei added.