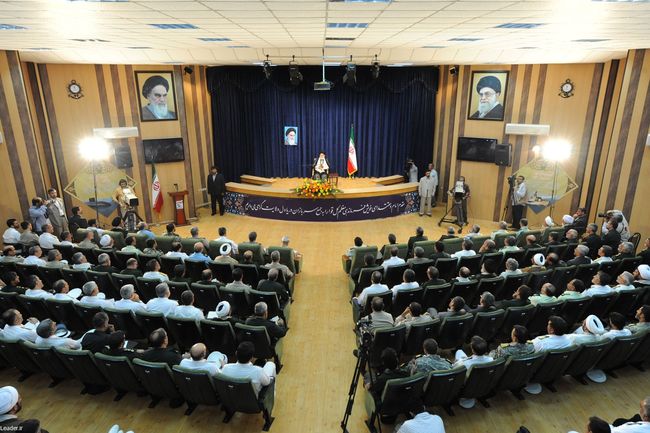 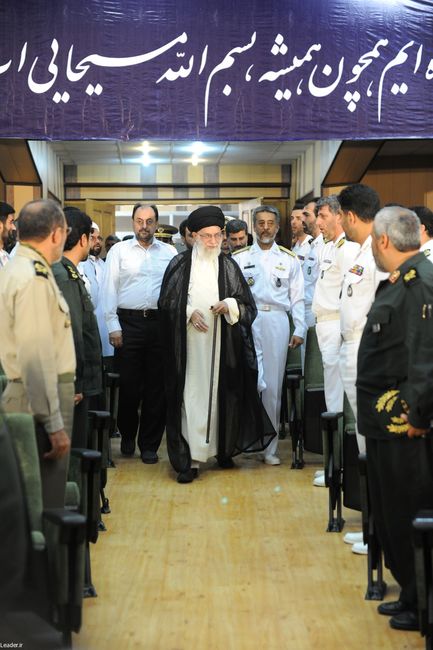 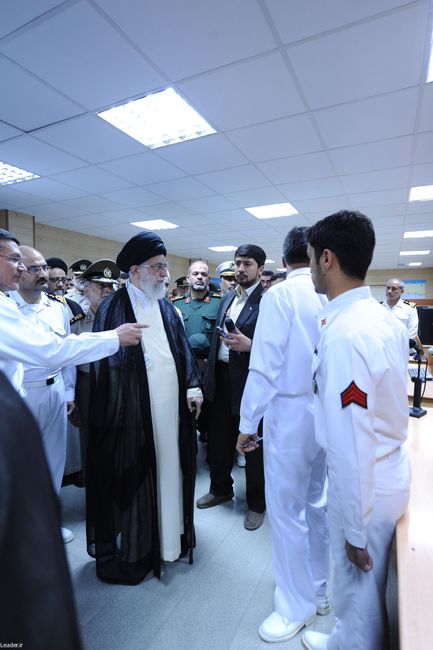 Islamic Revolution Leader Ayatollah Sayyed Ali Khamenei Sunday morning inspected an IRI Army's major naval base in the Persian Gulf where he was briefed on the missions of the Navy in the Persian Gulf, Sea of Oman and high seas.
Ayatollah Khamenei in a follow-up meeting told a group of senior naval commanders, deployed in the area that the force must turn into a genuine strategic force in the high seas by expanding the extend and scope of presence.
Ayatollah Khamenei said the robust presence of the naval force in the high seas, including in Bab-ol-Mandab, Gulf of Eden, Red Sea and Suez Canal, has sent a message of dignity to the world. "The presence has terrified the enemy as it has helped give inspiration and hope to other nations," the IR Leader said.
Ayatollah Khamenei declared that the Islamic Republic of Iran never aggress any other state however it does plan to keep presence in high seas as they belong to all human being and offer a setting for a cultural transfer.
The Commander-in-Chief of the IRI Armed Forces said a naval force with such strategic properties can play a major role in the national dignity and independence.