U.S. angry with Iran’s reluctance to accept its domination 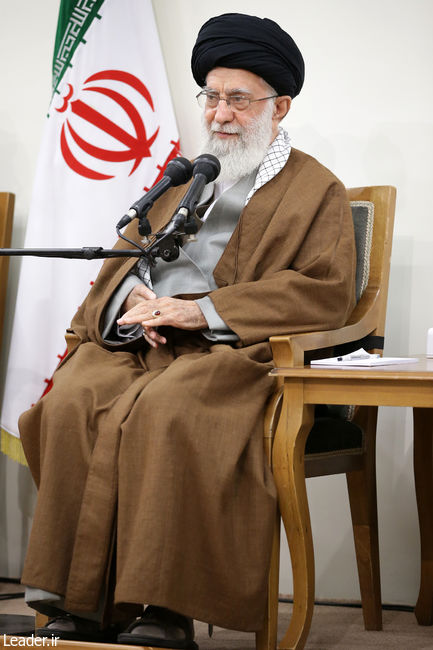 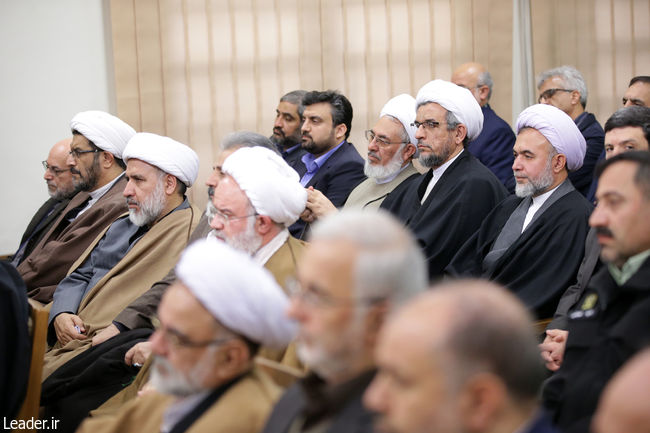 Ayatollah Khamenei, the Supreme Leader of the Islamic Revolution, in meeting with Hajj Officials, emphasized the opportunity in Hajj for spreading new ideas from the Islamic Republic, the model of religious democracy in the world, and stated, “The Islamic Republic of Iran's resistance to the US and the Iranian nation’s refusal to accept American domination is an interesting truth for the world. This interest should be used to spread the truth about Islam and the Iranian nation.”
Imam Khamenei praised the co-ordination and synergy between the various institutions for Hajj to be carried out magnificently and emphasized the importance of Hajj as a political, religious and social movement. He added, “Many countries, however, ignore the importance and significant functions of Hajj. But, our honorable Imam (Khomeini) taught us that Hajj is a serious and international point of stimulus, and many benefits are expected from it for the Islamic Nation.”
Referring to the various efforts of world powers to prevent the formation of a united Islamic Nation, the Leader of the Islamic Revolution stated, “The Islamic Nation, in its true sense, i.e. a coherent unit that acts with a common will and purpose, has not yet been formed. Unfortunately, the invitation of those who care and wish for Islamic unity is commonly faced with accusations, opposition and conflict in Islamic countries.”

Imam Khamenei emphasized the need for the "presence of Iranian pilgrims in the group prayers in the Great Mosque of Mecca and the Al-Masjid an-Nabawi," "the recitation of the Holy Qur'an by prominent Iranian reciters in these mosques," and the "active presence of Iranian intellectuals who have mastered foreign languages to answer questions." He said, "Speaking about the political foundations of the system of the Islamic Republic and explaining its new ideas to the world is another essential and important task in Hajj.”
The Leader of the Islamic Revolution explained that when the Americans say, “Iran should be changed into a normal country,” they mean the Islamic Republic should abandon spreading its new ideas in the world, which means "integrating popular opinion with Islamic thoughts and religious foundations in the formation and management of society." He then added, “The model of religious democracy is unknown to the world. In the face of the millions of propaganda tools currently operating against the Islamic Republic, Hajj can be used as an opportunity to explain this model, matters such as the cause of America’s hostility, and the logic of the Iranian nation’s refusal to be dominated by the US.

He stated that the fundamentals of Islamic thought and examples of them, including the Islamic Republic's resistance, are attractive to the world. He said, “The reason Americans are angry with the Iranian nation is because of the image it gives of an independent system standing up to an aggressor. This attractive image should be used for spreading the truth of Islam and the Iranian nation.”
Imam Khamenei also stressed the importance of self-improvement and fundamental change in individuals after returning from Hajj. Emphasizing the necessity to work and plan in this area, he recommended the Hajj officials deal with pilgrims and their problems in a warm, engaging, kind and modest manner.