Ayatollah Khamenei in a meeting with Navy commanders:

The Navy should intensify preparations to counter enemies 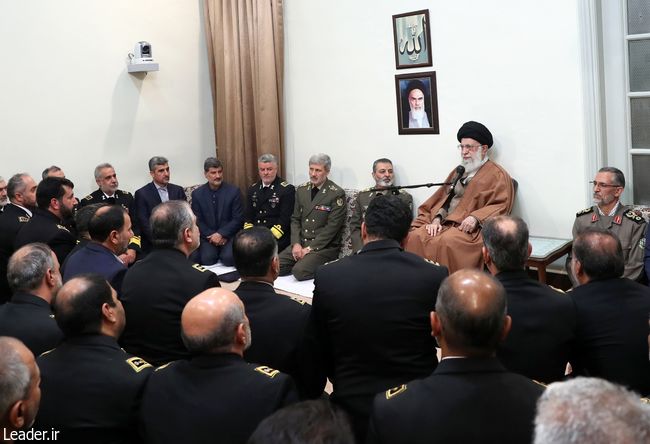 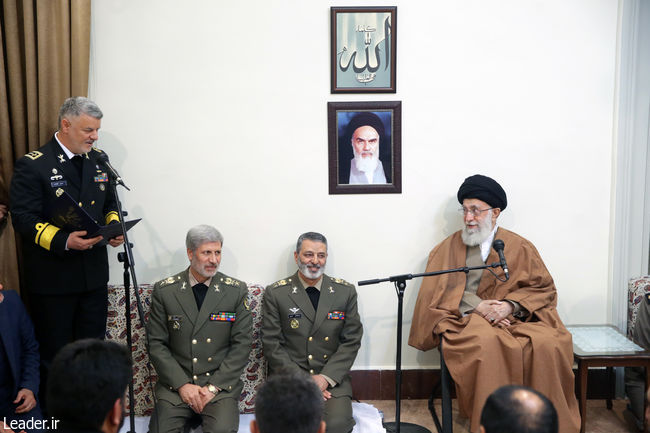 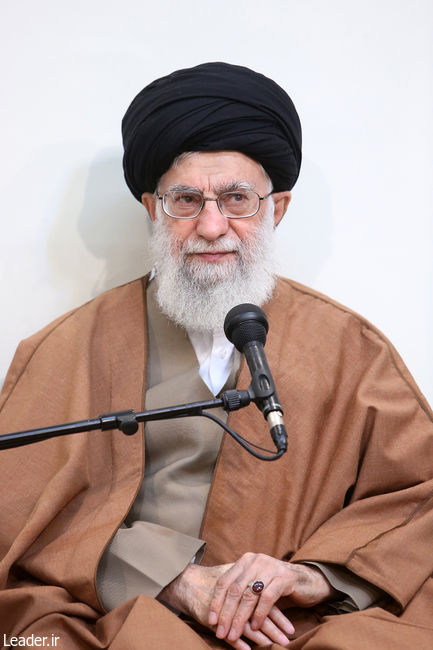 On the National Day of Navy, a group of commanders and officials of the Islamic Republic of Iran's Naval Forces met with the Leader of the Islamic Revolution, the Commander-in-Chief of the Armed Forces--Ayatollah Khamenei-- on November 28, 2018.
During the meeting, The Leader of the Revolution called reliance on young, devout and motivated human forces the key to resolving problems in all sectors of the country, including the Armed Forces. Emphasizing on the necessity of increased efforts and preparations, Ayatollah Khamenei reminded his audience: enhance your abilities and preparations as much as you can so that the enemies of Iran do not even dare to threaten this great nation.
In this meeting, which was held on the event of the National Day of the Navy, the Commander-in-Chief of Iran’s Armed Forces referred to a massive front of the enemies and rivals against the Islamic Republic and held: This fact, besides the necessity of compensating for the past shortcomings, shows the importance of increased and intense work in all the sectors of the system, including the Navy.
Ayatollah Khamenei commented that the progress of the army since the beginning of the Islamic Revolution, in particular the naval forces, has been remarkable and wonderful, adding: The current generation of the Navy deeply believes in its ingeniousness and abilities, and the realization of projects such as the addition of Sahand destroyer, and Fateh and Ghadir submarines to the naval forces, heralds the possibility of more progress.
Ayatollah Khamenei considered the Intensification of Armed Forces' readiness as a factor in deterring, terrifying the enemies and asserted: The Islamic Republic does not intend to start a war with anyone; however, you need to strengthen your abilities so much so that not only the enemy will fear attacking Iran, but – as a result of unity, might and effective presence of the armed forces in the field—the shadow of intimidation and threats will also go away from the Iranian nation.