The leader thanks Iranians for participating in elections 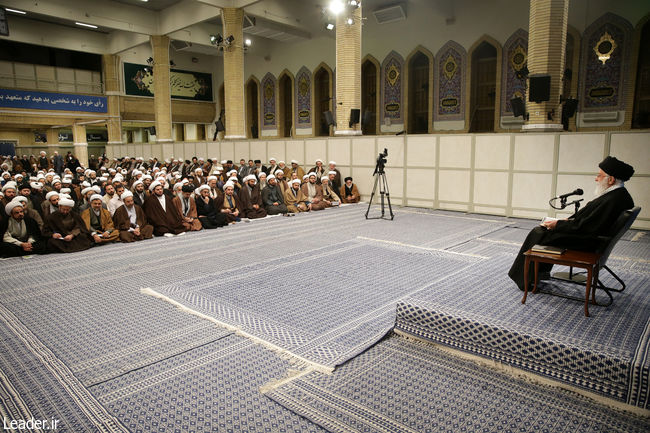 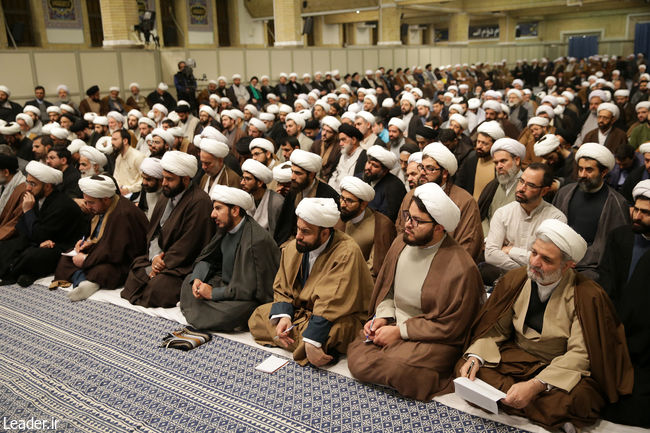 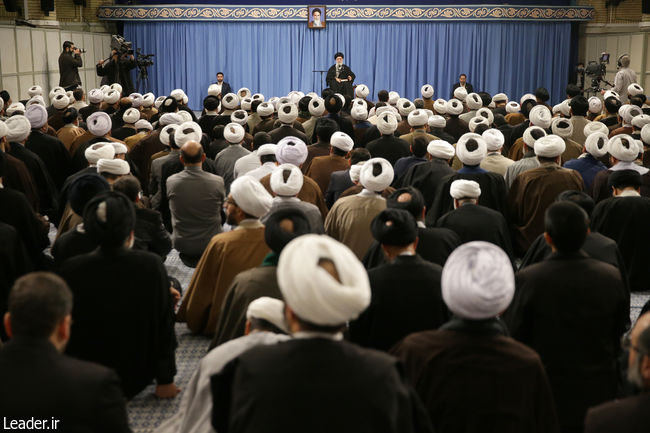 At the beginning of his Dars-Kharij-Fiqh (Higher Islamic Studies) lesson on Sunday, the Supreme Leader of the Islamic Revolution thanked the Iranian people for their excellent participation in the elections, which was a big trial. Ayatollah Khamenei added this rendered the opportunism and widespread propaganda of the enemies ineffective, and stressed, “We all need to be vigilant in defense and be prepared to counter-attack in response to the enemies’ conspiracies that target different segments of the country.”
Referring to the large-scale propaganda of foreign media against people's participation in the elections, Ayatollah Khamenei pointed out, “This negative propaganda began a few months ago and increased as the elections were approaching. In the last two days, the pretext of an illness and virus was used, and their media did not miss the slightest opportunity to discourage people from voting.”
The Leader of the Islamic Revolution thanked God, the Almighty, and deeply appreciated the widespread presence of people in the elections despite the propaganda, saying, “God has willed for this nation to be victorious.”
He stated that the hostility of the enemies of the Iranian people is not limited to the economic, cultural, religious and revolutionary beliefs of the people and added, “They are even opposed to the participation of the Iranian people in the elections, because they do not want the phenomenon of the people's participation in the name of religion and in the service of the Revolution to be proven to be a reality.”
Ayatollah Khamenei stated that the holding of elections in the Islamic system neutralizes the enemies' claim that religion is contradictory to freedom and democracy, and stressed, “The elections in the Islamic Republic show that religion is the complete manifestation of a comprehensive democracy. Holding 37 elections in 41 years reveals the Islamic system’s particular attention to supporting democracy.”
The Supreme Leader of the Islamic Revolution called on everyone to know the enemy and to be vigilant, and emphasized, “In the face of the efforts of thousands of the enemy in opposition to various matters in Iran, the Iranian nation should have millions ready to defend, attack and counter-attack in propaganda related matters and in all possible areas in favor of the nation.”