The leader's message following the epic participation of the Iranian nation

The real winner is the Iranian participants in these elections 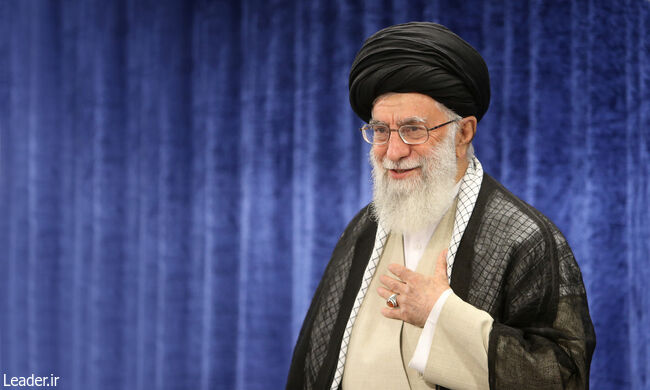 The Leader of the Islamic Revolution has published a message following the epic and joyful participation of the Iranian people in their national election on June 19th, 2021.

'The real winner of this election is the Iranian people who enthusiastically participated in this grand event. Nothing could overcome the determination of the Iranian Nation.'

The entire message of the Leader of the Islamic Revolution is as follows:

In the name of God, the most beneficent the merciful

The Great and Proud Nation of Iran

This epic and enthusiastic participation in the presidential election on June 18th, 2021, added another brilliant page to your pride. Among the several factors that could have somehow diminished the turnout, however, The spectacular scenes of your attendance in polling stations across the country were a clear sign of your firm determination, the hopefulness of your hearts, and your expanded insight. The great winner of yesterday's election is the Iranian Nation who showed its presence in the heart of the country's political arena, which once again stood up against the propaganda of the enemy's cunning media and the temptation of the criminals and ill-wishers. Neither grievances about the hardships of the deprived social class, nor the threat of the ongoing pandemic situation, neither the dissent that began months ago to discourage the people nor the disturbances in the voting system within hours of election day could defeat the determination of the Iranian Nation. Those issues did not create any problems in the presidential and city council elections.

I prostrate with thankfulness in the court of God for allowing the Iranian Nation to fulfil its democratic responsibilities and for the mercy He has bestowed on Iran and the Islamic Republic. I Congratulate the people of Iran and the esteemed gentlemen. They have achieved the high responsibility of the presidency and membership of the city councils throughout the country, Along with congratulating the faithful Nation for their total adherence to the duties prescribed by law. I remind the elected individuals, your duties and responsibilities to serve the country and the Nation, and always remember divine motives in your actions.

I also have to thank the esteemed Guardian Council, the Ministry of Interior, the security, health agencies, the national media, the esteemed candidates and all those who have contributed in some way to this great event.

I greet and salute our awaited Imam Mahdi (as), the primary ruler of this country and the system. I ask God Almighty to give the highest rank to the dear Imam Khomeini who was the initiator of the momentum of the Iranian Nation, and the martyrs who are the highest honours of the country.