If we do not think about the future's basic needs today, we will face problems 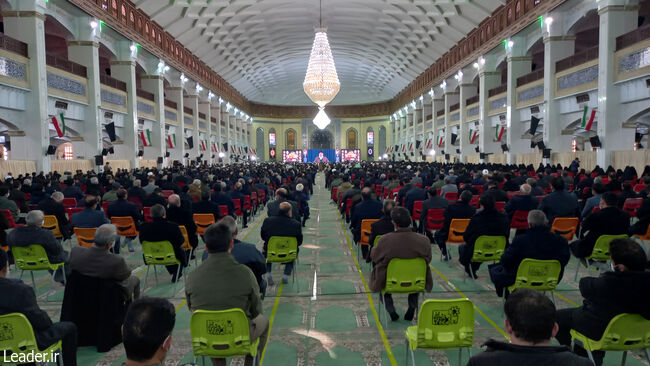 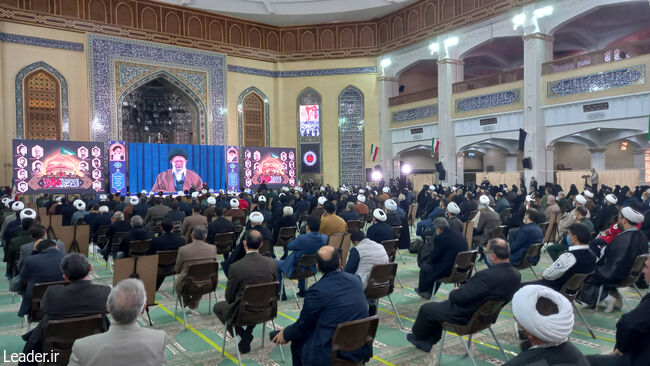 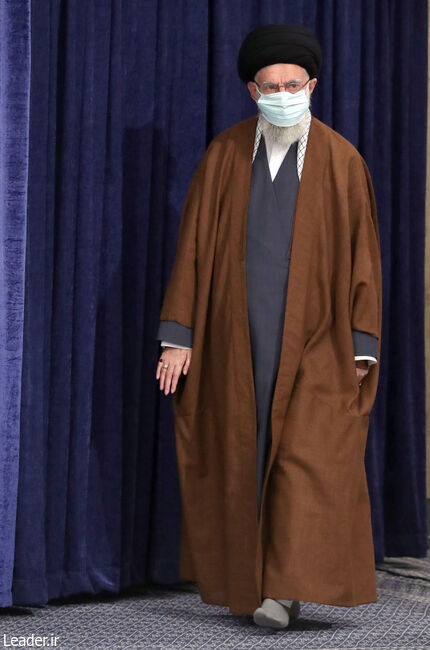 On the eve of the anniversary of the historic uprising of the people of Tabriz on February 18 1977, the Supreme Leader of the Islamic Revolution this morning (Thursday) in video communication with a group of Azerbaijanis, called the February 18 movement the foundation for the continuation of the great field movement and ultimately the victory of the revolution. He enumerated the effective factors in the continuation of the Islamic Revolution in the last four decades, as well as the needs of today and tomorrow of the country, referring to the spontaneous and great action of the people on February 11 of this year, and said: This year, February 11 was truly amazing and admirable considering the coronavirus and livelihood problems and the massive spread of foreign media lies.

The presence of people in most cities and regions of the country increased significantly compared to the previous year. In this meeting, the Supreme Leader of the Islamic Revolution considered February 20, 1987, as the day of Tabriz's effulgence and emphasized that the movement and initiative of the people of Tabriz on this day led to the formation of the tradition of commemorating the 40th day and the continuation of the nation's struggle and flourishing of the revolution adding: This revolution did not succeed with guns and political work and partisanship, but the main factor in the victory of the revolution was the field presence of the people. The people of Tabriz became the pioneers of the continuation of this field movement on their own initiative.

Emphasizing that the continuation of the revolution is through considering the goals and ideals and meeting the short and long-term needs to achieve these goals, the Leader of the Islamic Revolution, said: The objectives of the revolution are true and comprehensive material and spiritual progress, the realization of social justice, the authority of the country, the formation of Islamic society and finally the formation of a great and new Islamic civilization. Ayatollah Khamenei then pointed to some examples that are the basis for the continuation of the revolution and the achievement of goals, and that everyone should act on them to the best of their ability, and added: The efforts of scientists and researchers, the efforts of seminary and university scholars, entrepreneurial and worker activities, young scholarly endeavours in the university and seminary, social service activists, field aid activists, military defence activists, clarification jihad activists, hard work government employees, enlightenment of political enlighteners in various media and cyberspace, especially in the national media, assistance to resistance centres in the region and the Islamic world and those who are ready to participate in various events, such as the defence of the shrine or December 30, are all components of a public movement with a view to the lofty goals of the revolution, which pave the way for the continuation of the revolution. He attributed some of these efforts to today and some to the future, emphasizing that people generally recognize the movement and needs of today and enter the field quickly and consciously and said: A clear example of these movements is the sacred defence in which a flood of people headed towards the battlefields with a hint of the great Imam and in subsequent issues such as the defence of the sanctuary, the confrontation with the counter-revolution, and the epic presence on December 30 2009. This intelligence of the nation was truly astonishing. He considered scientific activities as another field of effective national presence and added: In the case of Corona, young scientists immediately recognized the need of the day and got to work, which resulted in the production of vaccines and becoming needless to reach out to others. If it were not for national production, they would not have given the vaccine to Iran.

"The spontaneous and admirable presence of the people on February 11th march this year" was a recent example of the great and critical work of the nation, which the Supreme Leader of the Revolution referred to and said: People were besieged by all kinds of problems such as Corona, livelihood problems, sludge dispersal of the foreigners with unfortunate aid of some internal elements. They carried out this huge march in a way that, according to credible reports, the population in most provinces was higher than last year.

In addition to the current and present needs of the country, he also considered it very important to pay attention to the future needs and said: If we do not think about the basic needs of the future today, such as "training scientists and researchers and strengthening the scientific movement" and "procreation, population increase and providing the necessary element for the development of the country, i.e. the youth", we will face problems in 20 years' time. Ayatollah Khamenei called "peaceful nuclear energy" one of the other basic needs of the future and said: The reason the enemy front relies on the issue of Iran's nuclear program and the imposition of oppressive sanctions, despite their knowledge of our peaceful use and utters nonsense such as Iran's close proximity to nuclear weapons, is to prevent the country's scientific progress from meeting Iran's future needs.

He pointed to the issue of JCPOA as an example of negligence that caused problems in the years later. He said: In the case of JCPOA in 2015 and 2016, my objection and protest was the points that had to be observed in agreement so that further problems would not arise. I mentioned them repeatedly in the reminders, but some of those points were ignored, and everyone saw issues. So it is essential to look to the future.

In continuation, he considered the numerous activities carried out in the last four decades very flourishing and the cause of the continuation of the revolution, and said: "Criticism should not put dust on the masses of great progress."

Referring to the astonishing scientific progress in various fields and the recognition of international centres, the Supreme Leader of the Revolution, said that Iran's scientific growth is several times faster than the world average: Although I have always been critical of economic issues such as social justice, equitable distribution of wealth, and the deprivation of the poor, according to world-famous economic centres, great progress has been made even in the field of economy, At the same time, we have made significant progress in the self-sufficiency of many items and increasing the domestic producer's confidence.

Ayatollah Khamenei emphasized: The national media has an excellent task in reflecting the achievements of the production sector, which, of course, has not been as it should be, and this must be done.

The Leader of the Islamic Revolution pointed out: All activists in various sectors contributed to the continuation of the revolution in these 43 years. Of course, there were some negligence, shortcomings and prejudices that, if not present, the situation in the country would have been better.

Ayatollah Khamenei did not consider the statement of some people, who claim to be fond of the revolution, that the revolution was far from its goals to be sincere and added: Those who have an aristocratic lifestyle and way of life or who succumb to arrogance and the United States, cannot claim to be committed to the revolution, because the slogan of the revolution is to support the barefoot and the deprived and to confront arrogance, and these words are not acceptable coming out of those people.

The Supreme Leader of the Revolution described the honourable endurance and resistance of the Iranian nation not only as of the cause of the country's progress but also as having significant regional effects and noted: The growing resistance in the region has shattered the grandeur of arrogance and opened the mouth of nations to the United States, which we should appreciate as a blessing as the revolution continues.

Ayatollah Khamenei continued to give important advice to the youth: see which point the enemy has aimed at, and you must move and act on the opposite point. He added: "Today, the enemy has targeted the public opinion, especially the minds of the youth, in order to turn the Iranian nation, especially the youth, from the path of the revolution by spending billions of dollars and with various plans in their think tanks."

Ayatollah Khamenei called the slander against the parliament, the Guardian Council, the IRGC and the great martyr Sardar Soleimani as examples of such sludge spreading and pointed out: If they were not afraid of the anger of the people, they would have slandered the Imam, but they do not dare to do so.

Emphasizing that the youth and people of Iran must stand up against slander and media lies as well as economic pressure, he said: The way to deal with economic pressure is to work internally and to neutralize sanctions. Of course, diplomacy is also good, just as our good, revolutionary brothers are working to lift sanctions and persuade the other side.

The Supreme Leader of the Revolution emphasized: The main task in dealing with economic pressure is to neutralize sanctions by strengthening production and economic mobility, in which the movement of knowledge-based institutions is significant. He also called on everyone, especially the youth, to pray, implore and exploit the blessings of Mid-Rajab Day and said: Communication with God blesses the life, the country and the future of the revolution. Before the speech of the Leader of the Islamic Revolution, Hojjat-ul-Islam Wal-Muslimin Ale-Hashem, the representative of the Supreme Leader in East Azerbaijan Province and the Friday prayer leader of Tabriz, gave a report on cultural and revolutionary activities and programs in the province and also helped solve key issues including production and said: Today, Azerbaijan is more than ever a symbol of unity, national solidarity, Iranian zeal and revolutionary passion.