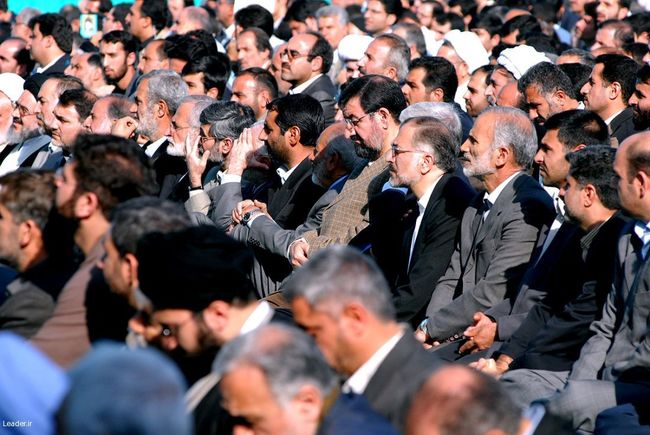 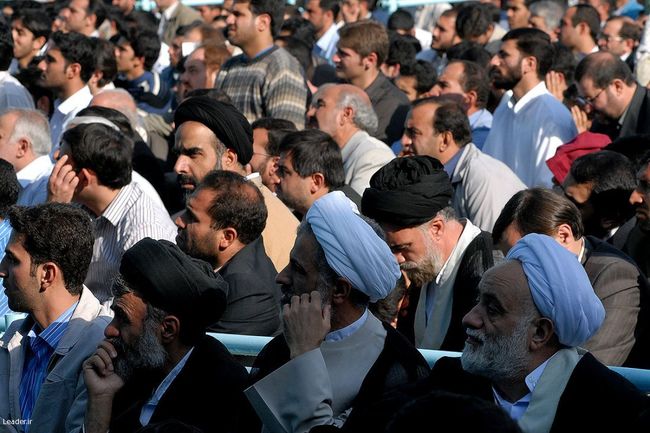 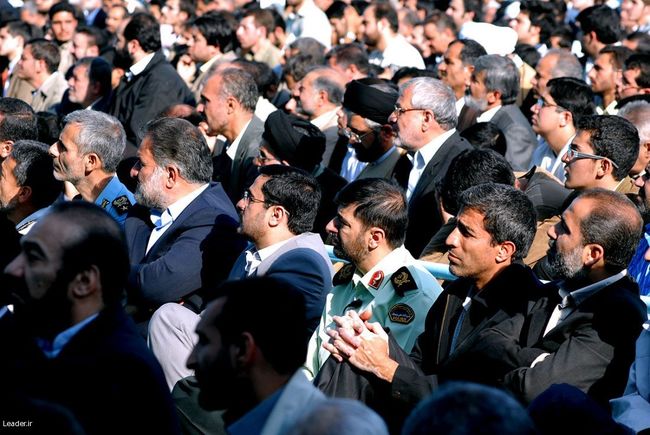 The great, faithful Iranian people staged the ceremonies of Eid al-Fitr occasion Saturday nationwide, taking the opportunity to celebrate the dignity of a nation.

The spiritual ceremonies climaxed in congregational prayers led by the Islamic Revolution Leader Ayatollah Sayed Ali Khamenei in Tehran's grand mosque, named after Imam Khomeini, with hundreds of thousands of people in attendance.

The IR Leader in a two-part speech delivered after the prayers congratulated the auspicious occasion to all Muslims worldwide, especially the dear Iranian nation, adding that the day of joy offers the opportunity to thank God for the blessings He conferred during the holy month of Ramadan.

"The Iranian people, whatever their tastes, affiliations or appearances managed to strike a brilliant performance by making effective use of God's Banquet. The abundance of worship and humility to God is indeed appreciable," Ayatollah Khamenei said.

Ayatollah Khamenei lauded the heart-bound faith of the Iranian nation as a large blessing and eminence, urging the nation to preserve the instructive achievements of the holy month and apply them to the entire life. Ayatollah Khamenei also urged the people to revitalize the sweet taste of worship of God by enhancing their connection to the Almighty.

As another gain of the holy month, Ayatollah Khamenei touched on the throng of all people from different tastes or affiliations around the single axis of monotheism, adding that directives never drive the nation's unity rather it is religion which inspires the phenomenon.

"This is religious beliefs which draw the hearts towards one another, directs the attentions to the Almighty and inspires a profound national unity. The great blessing must be preserved," Ayatollah Khamenei urged.

Ayatollah Khamenei viewed "giving alms while getting tough on own self" as the next blessed recommendation of the holy month of fasting, adding that the holy month by nature urges the faithful to endure hunger and thirst while making charitable donations.

Ayatollah khamenei regretted that the Iranian nation is indulgent in life spending and criticized prevalent consumerism in society, urging the nation to conventionalize mild and prudent spending as a segment of national culture.

Ayatollah Khamenei noted that provided the aspiration was realized, the enemy's constant intimidation to impose sanctions would turn null and void.

In the second part of the post-prayers speech, Ayatollah Khamenei highly appreciated the Iranian people for their massive turnout in the World Qods Day ceremonies and called the effort instrumental to manifest the national dignity and grandeur of the Islamic Republic of Iran.

"The massive marches enlivened the image of Iran and Iranians and proved once more that the nation runs in the vanguard of defending the major right of the Islamic umma regarding the Palestinian issue," Ayatollah Khamenei affirmed.

"Enemies of Islam try to make the global public opinion forget the Palestinian issue. Nevertheless, the march of the nations in the World Qods Day foils the big conspiracy and heartens the wronged and lone Palestinian nation," Ayatollah Khamenei said.

Ayatollah Khamenei said the Zionist regime's projects are totally aimed at demoting the Palestinian nation and destroying motivation for resistance in their hearts.

Ayatollah Khamenei praised the Palestinian nation for their perseverance.

"Palestinians and the Hamas Government they voted in have stood up firmly despite all pressures. They know that Palestine has to be liberated by the Palestinian nation itself. The support of the Islamic ummah helps enhance their resistance," Ayatollah Khamenei urged.

Ayatollah Khamenei then touched on an American project to stage a so-called peace conference, dubbed as 'fall meeting,' saying that any gathering ever staged under the name of peace has turned to be harmful to the Palestinian nation and for the same reason the Palestinian people are rejecting the fall meeting.

"With these conditions on the ground, how can other governments move to sit a conference which the Palestinian nation views as a dirty business," Ayatollah Khamenei inquired.

Ayatollah Khamenei made mention of the heavy defeat of the Zionist regime against the Lebanese Hezbollah last year and considered the fall meeting as a project by America to salvage the depleted regime.

The IR Leader invited all the Palestinian groups to unity, fraternity and vigilance, taking into account the reality that the enemy has trespassed the Palestinian dwelling.

"The enemy is busy plotting in your home. Beware of a domestic face-off," the Islamic Revolution Leader alerted.

Ayatollah Khamenei also deplored the Iraqi plight as another suffering of the Islamic world.

The IR Leader considered the occupiers as either reluctant or unable to restore security in Iraq, saying, "The occupiers even do not allow the popular Iraqi government to combat against the atrocities which are driven by blind terrorism. The reality demonstrates that the occupiers are approved of blind terrorism thereby Americans and other occupiers are the main culprit in any human tragedy or developmental and political fault in Iraq."