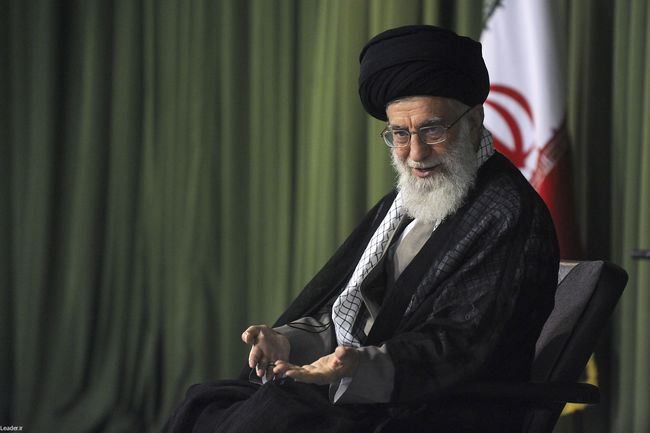 Ayatollah Khamenei, the Supreme Leader of the Islamic Revolution, met Sunday morning with the speaker and members of the Majlis. Speaking at the meeting, His Eminence stated that the only way to show resistance against the anti-human camp of arrogance is to continue fighting this camp. He called on the Majlis and the administration to pay serious attention to the sixth fifth-year plan and the scientific movement of the country, further stressing: "The solution to the economic and political problems of the country cannot be sought outside the borders of the country. Rather, the real cure exists inside the country. This cure is reliance on domestic capacities and capabilities."

The Supreme Leader of the Islamic Revolution said that it is not possible to reach the lofty goals of the Islamic Republic without fighting the camp of arrogance, adding: "The reason why we stress that we should continue fighting is not an alleged warmongering nature of the Islamic government. Rather, reason dictates that one should equip oneself in order to pass through an area which is packed with pirates. Reason dictates that one should have the motivation and the capability to defend oneself."

Ayatollah Khamenei stressed: "Today's world is full of plundering thieves who steal humanity's dignity, honor and morality. By equipping themselves with knowledge and wealth and by behaving in a seemingly human way, they easily commit crimes, they betray human ideals and they wage wars in different parts of the world."

His Eminence reiterated: "In such circumstance, there is no way other than fighting and promoting the spirit of fighting on all issues of the country - including domestic and international issues."

Supreme Leader of the Islamic Revolution stressed: "All the officials of the country in different sectors - including economic, scientific, cultural, political and legislative sectors and sectors related to international negotiations - should know that they are fighting and that they are on the path of the continuous fight for the creation and survival of the Islamic government."

Ayatollah Khamenei mentioned: "This fight will end when the human community can liberate itself from the malevolence of the camp of arrogance. This camp is headed by America which has dug its claws in humanity's body, mind and thought. This task requires a difficult and long fight and lofty steps."

Ayatollah Khamenei referred to the sixth fifth-year plan and added: "In this plan, the economy of resistance, culture and knowledge should be the three main priorities."

His Eminence said: "What I mean by culture is the revolutionary and religious culture and launching a cultural movement on the basis of Islam and Islamic values. We should strengthen culture and Islamic beliefs and behavior. We should not think that culture has made progress just because of the emergence and development of a cultural tool. Culture makes progress in society only when religious and revolutionary culture is established."

Elsewhere in his statements, the Supreme Leader of the Islamic Revolution described combating corruption as one of the main supervisory responsibilities of the Majlis, stressing: "On the issue of combating corruption, we should not allow - from the beginning - corrupt centers to be formed because if this happens, confrontation will be either impossible or very difficult."

Referring to the general policies on population, Ayatollah Khamenei welcomed the proposal of the Majlis for increasing fertility and preventing the population of the country from decreasing, further saying: "On the issue of population, we should take care not to make the mistakes which were made in recent years because the best situation for the enemy is a sparsely populated Iran with the elderly forming the majority of the population."

Dr. Larijani, the Speaker of the Majlis, stressed: "The Majlis has adopted a decisive and powerful position on issues like the issue of Palestine and Syria and the nuclear issue."