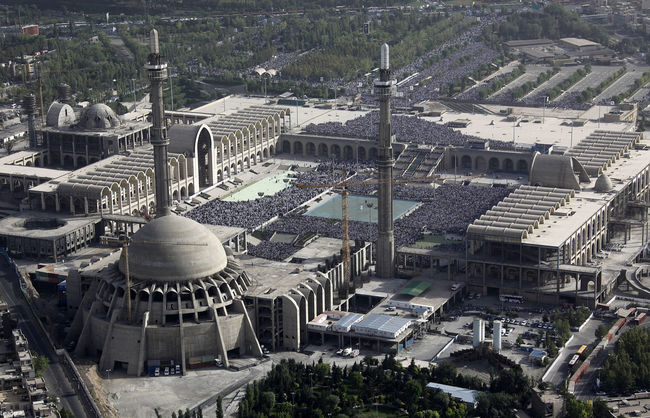 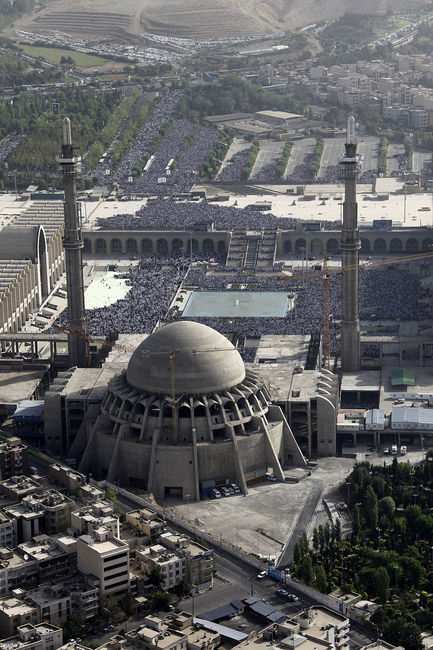 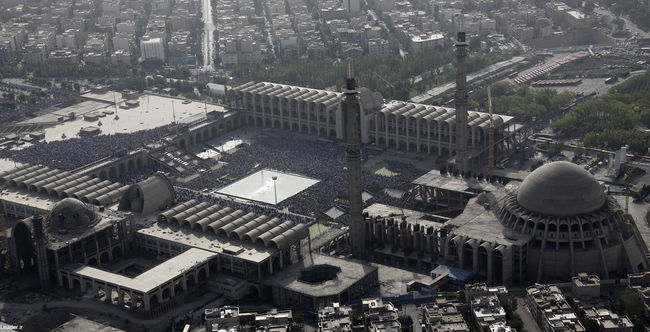 Ayatollah Khamenei, the Supreme Leader of the Islamic Revolution, led this year's Eid ul-Fitr prayers in Tehran. During the sermons, His Eminence thanked the people for the simple iftar meals that were organized in the month of Ramadan: "In the month of Ramadan, what we witnessed in personal, public, popular and social practices was that the people organized public and simple iftar meals. Thankfully, this has become common. Last year, our dear people were asked to organize iftar meals in a less extravagant way and to increase the number of those people who benefit from these meals. This year, the news that we received showed that the people made an effort and developed this in public and holy centers, on the streets, in hussainiyahs and in each and every part of the country. The piece of advice that this humble person wants to offer is that you should promote and develop such practices as much as you can because it influences our Islamic lifestyle."

The Supreme Leader of the Islamic Revolution described the issue of Gaza as the first issue of the world of Islam, stressing: "Today, the first issue of the world of Islam is the issue of Gaza. Perhaps, it can be said that this issue is the first issue of humanity. A rabid dog and a marauding wolf has attacked innocent people. Who is more innocent than the innocent children who lost their lives in an oppressive way during these attacks? Who is more innocent than the mothers who held their children in their arms and who witnessed their death and pains? Today, the usurping and kafer Zionist regime has committed these crimes in front of the eyes of all human beings. Therefore, humanity should react."

Ayatollah Khamenei referred to three important points about the issue of Gaza, saying: "The first point is that what the leaders of the Zionist regime are doing today is genocide and a great historical catastrophe. The perpetrators and supporters of these crimes should be put on trial and punished on an international level. Their punishment is what people's representatives and righteous and sympathetic personalities in the world should request. And they should not escape punishment with the passage of time."

His Eminence called on people to pay careful attention to the resistance of the people of Gaza. He added: "The second point is that we should see the power of endurance and resistance of a people who have stood up for their legitimate claims. They are a people who have been surrounded by all sides and who live in a small and confined area. The sea is closed to them, the land is closed to them and all borders are closed to them. Their drinking water, their electricity and their basic amenities are not usable. All these disasters have befallen them because of the enmity and invasion of the enemy and there is no one to help them."

The Supreme Leader of the Islamic Revolution highlighted the effort of the leaders of arrogance to disarm militant groups in Palestine, further reiterating: "And the third point is that the political leaders of arrogance say, ‘We should disarm Hamas and Jihad'. What does it mean to disarm these groups? It means that these groups have a number of missiles with which they can somehow defend themselves in the face of the incessant attacks of the enemy. They say, ‘We should even take away these few missiles from them'. From their viewpoint, Palestine - including Gaza - should be in such a condition that the enemy can attack and fire on it whenever it wants. And Palestine should not be able to defend itself at all. This is what they want."