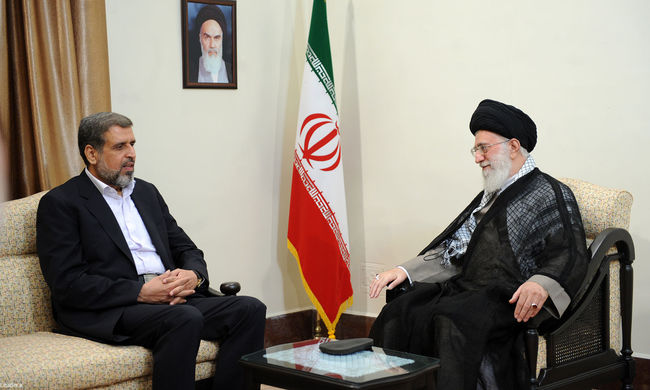 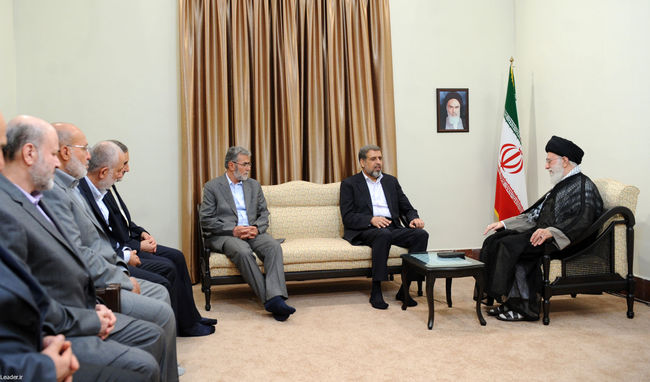 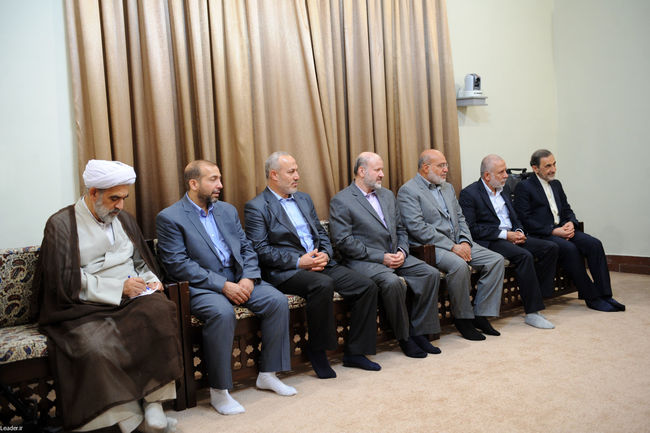 Ayatollah Khamenei, the Supreme Leader of the Islamic Revolution, met Thursday morning with Ramadhan Abdullah, Secretary General of Islamic Jihad Movement in Palestine, and his accompanying delegation. Speaking at the meeting, His Eminence expressed his satisfaction with the victory of resistant Gaza in the 51-day war and the frustration of the Zionist regime in the face of a besieged people.

He described this great victory as the manifestation of the divine promise of help and a sign of imminent and greater victories, further stressing: "The Islamic Republic and the people of Iran felt proud of your victory and resistance and we hope that the string of victories by the Resistance will continue until the final victory."

The Supreme Leader of the Islamic Revolution stated that the 51-day war and the resistance of a small area with limited resources in the face of a cruel regime that was equipped with all kinds of military supplies was an important and astonishing event. He added: "Normally, the Zionist regime should have finished the job in the first few days considering its resources, but in the end, it expressed frustration at achieving its goals and it gave in to the terms of the Resistance."

Ayatollah Khamenei referred to two important strategies for foiling the complex plots of the enemy: "The resistance should increase its preparedness on a daily basis and increase the resources of power inside Gaza."

Referring to the second strategy, His Eminence said that plans should be made so that the West Bank of Palestine cooperates in confronting the usurping Zionist regime, saying: "The war with the Zionist regime is a fateful war. We should do something to make the enemy have the same concerns in the West Bank that it does in Gaza."

At the end of his statements, the Supreme Leader of the Islamic Revolution described regional conditions as very complex, adding: "Of course, the prospects of regional developments are bright and good and we hope that Allah the Exalted will guide us towards what is to the advantage of the Islamic Ummah and Palestine and towards what foils the plots of the enemy."

Expressing joy at the Supreme Leader's health, the Secretary General of Islamic Jihad Movement in Palestine said: "All brothers of the resistance and Islamic Jihad prayed for your health and recuperation in every daily prayer and we hope to witness a day when we will say prayers with you in al-Aqsa Mosque."

Ramadhan Abdullah shared a report about the 51-day war and reiterated: "Without a doubt, this victory was achieved in the shade of the support that the Islamic Republic provided. If it had not been for Iran's efficient and strategic assistance, it would not have been possible to show resistance and achieve victory in Gaza."

He pointed to the promise that some countries made regarding reconstruction of Gaza, saying: "We do not hold out much hope of these promises and our hope of making up for the harm caused by the invasion of the Zionist regime is solely with God."