The Leader in a meeting with  air defense  commanders: 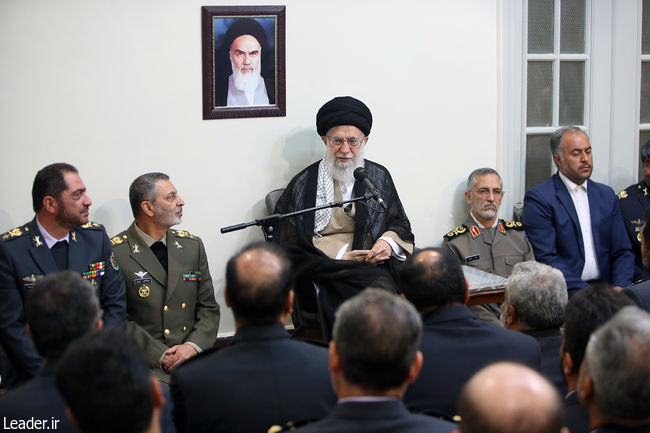 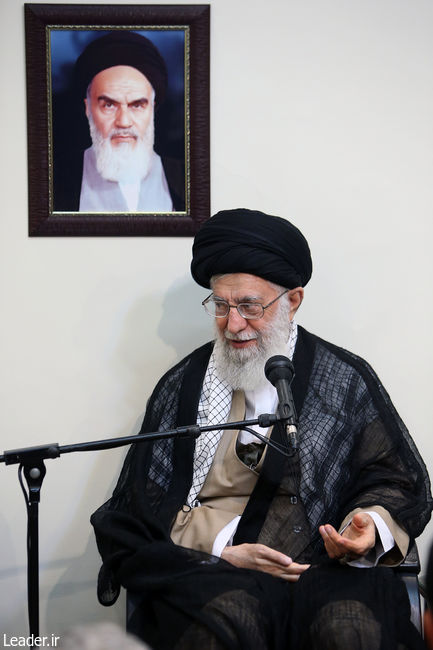 In a meeting with commanders and officials of the Islamic Republic of Iran Air Defense Base, Commander-in-Chief of the Iranian Armed Forces Ayatollah Seyyed Ali Khamenei described this base as a very crucial part of the Armed Forces and as being at the forefront of the fight against Iran’s enemies and underlined the need for an increase in the readiness and capabilities of the air defense base and its personnel.
In this meeting, which was held on the occasion of Air Defense Day, Ayatollah Khamenei stressed that in terms of political calculations, there is no possibility of a breakout of war.
“However, Armed Forces should upgrade their human and equipment resources day by day through vigilance as well as efficient and agile management, and know that any step taken toward the improvement of the preparedness of the Armed Forces is an act of worship and virtue before the Almighty God.”

In the meeting, Brigadier General Alireza Sabahifard, the commander of the Iranian Army’s Khatam al-Anbiya Air Defense Base, presented a report on the measures and plans of this base.