The Leader in a meeting with Turkish president: 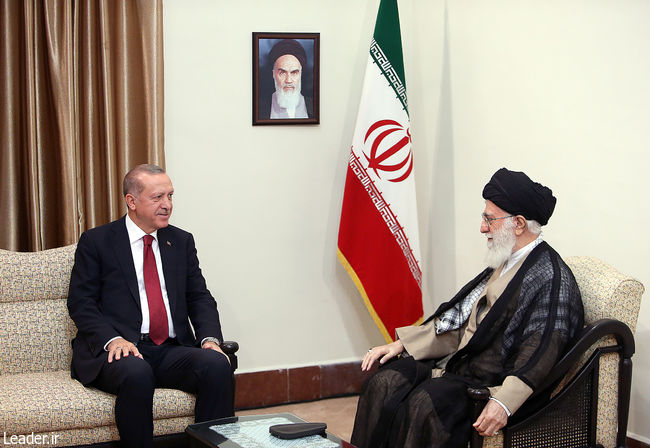 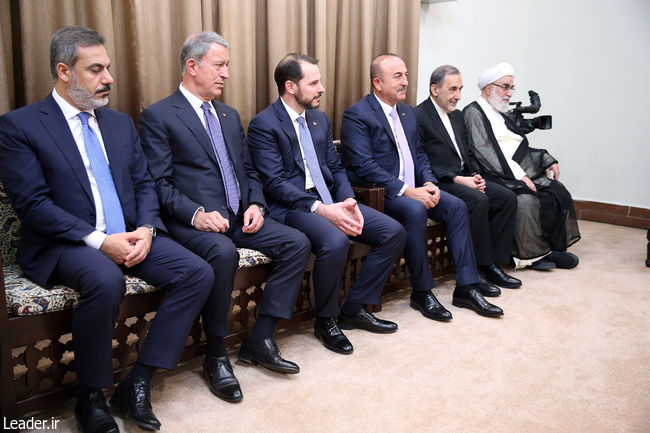 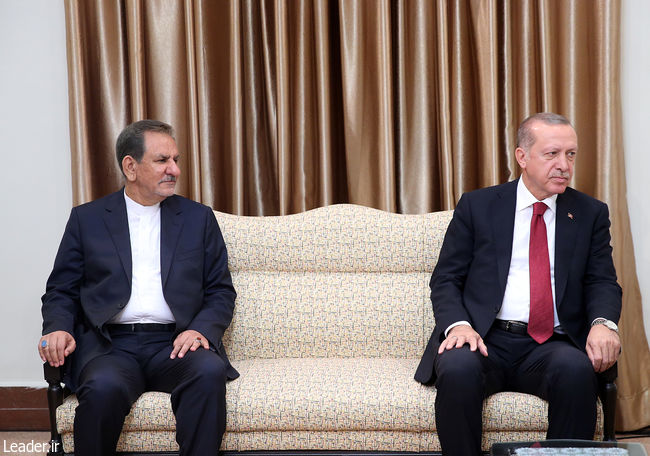 In a meeting with Turkish President Recep Tayyip Erdogan and his accompanying delegation, Leader of the Islamic Revolution Ayatollah Seyyed Ali Khamenei said the most important need of the Muslim world today is evermore closeness among Muslim states and their synergy. He added, “Unity and cooperation among Muslim states will definitely facilitate the resolution of problems in the region and that is why hegemonic powers, led by the US, are concerned about the cooperation and closeness of Muslim states and the formation of an Islamic power.”

He said the reason behind the enmity and spite of the US toward Muslim states is this very concern, adding, “The Islamic Republic of Iran and Turkey are two dignified and powerful countries in the region and have common motives for the world of Islam; therefore, cooperation between the two countries in political and economic fields must expand more than before.”

The Leader of the Islamic Revolution pointed to the positive cooperation and links between Iran and Turkey since an Islamic current took over the reins there, stressing, “It is necessary that common grounds be bolstered more than ever.”

In the meeting, which was also attended by Iran's First Vice President Es'haq Jahangiri, the Turkish president described the regional condition as critical and expressed hope that the issues of the region are settled under the aegis of cooperation among Muslim states.

Erdogan blamed divergence and a lack of coherence among Muslim states for the emergence of the current situation, saying, “Due to the Western approach to independent Muslim states, the conditions have acquired greater sensitivity and this very issue calls for an increase in solidarity and brotherhood, particularly between Iran and Turley.”