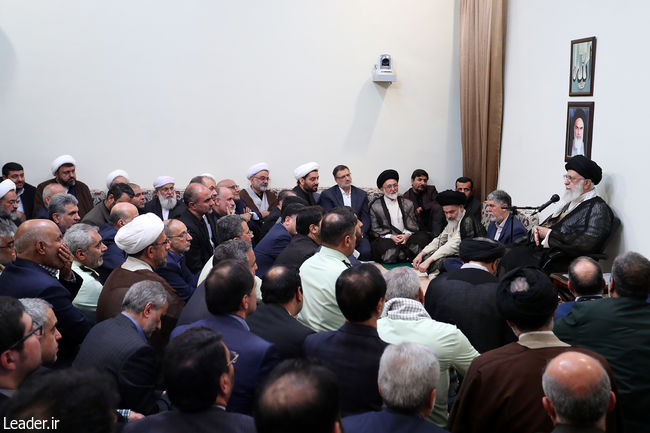 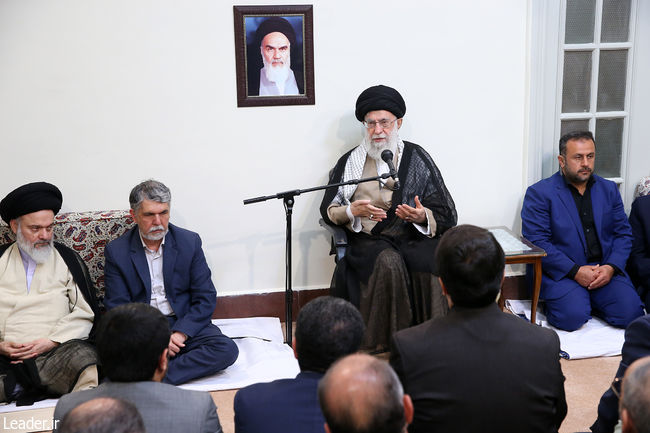 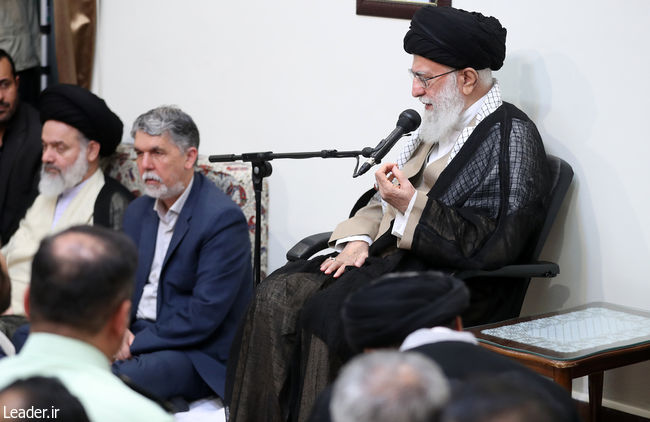 In a meeting with a group of Hajj officials and organizers, Leader of the Islamic Revolution Ayatollah Seyyed Ali Khamenei said God Almighty’s command for the congregation of Muslims at a certain time and location to conduct the ritual of Hajj carries key political aspects and messages such as “the need for ties and synergy among Muslims” and “the exhibition of the might of the Islamic Ummah.” He reiterated, “Besides the spiritual aspect of Hajj, which is very important, these Islamic truths and goals must also be accentuated and plans be made for them and implemented.”

He pointed to the Saudi government’s bids to obstruct the Supplication of Kumayl ceremonies, adding, “These obstacles and ills must be overcome through effort and innovation.”

The Leader of the Islamic Revolution also strongly criticized the widespread destruction of Islamic relics such as works attributed to the Great Prophet (Peace be Upon Him), Imam Ali (PBUH), caliphs and warriors of the early days of Islam under the pretext of the expansion of Hajj. He said, “While various countries carefully protect their historical relics and sometimes even counterfeit some antiquities to make their history and past look rich, many Islamic artifacts have been destroyed in Mecca and Medina so far.”

He tasked Iran’s Hajj and Pilgrimage Organization and relevant apparatuses with making efforts and initiatives and contacts with Hajj officials in other Muslim countries to prevent the destruction of Islamic antiquity remains.

The Leader of the Islamic Revolution also urged Hajj officials to deploy modern tools such as cyberspace to contact the pilgrims of other countries during the Hajj period and more synergy and cooperation with each other than ever and extended his gratitude over the endeavors of Hajj officials this year.