Ayatollah Khamenei: in a meeting with the Syrian President:

U.S plot to remain in Iraq-Syria border will not be fulfilled 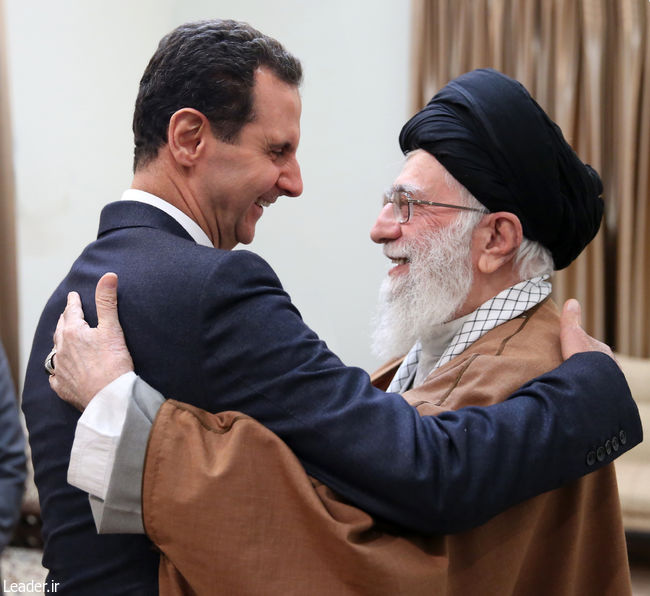 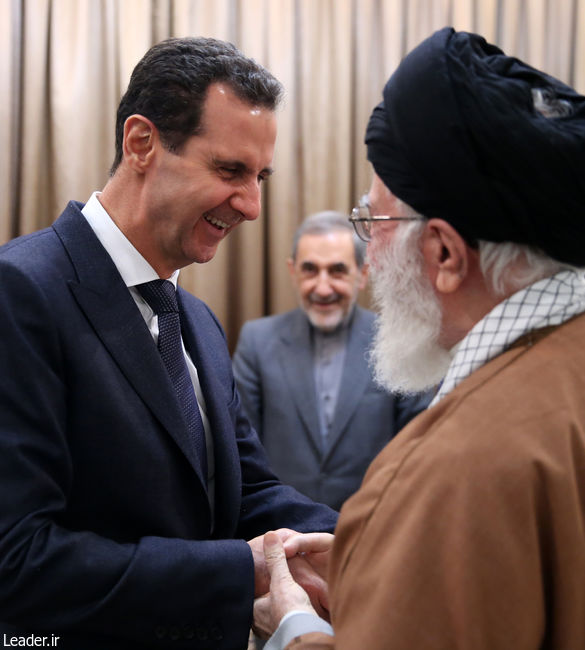 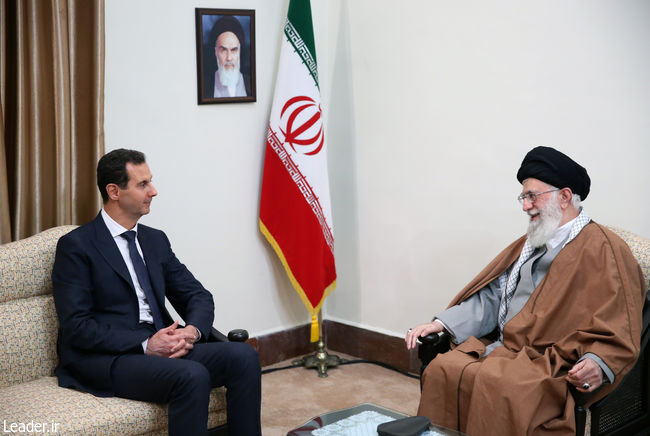 The Leader of the Islamic Revolution of Iran—Ayatollah Khamenei—received Syrian President Bashar Assad and his entourage ton February 25, 2019.

At this meeting, Ayatollah Khamenei praised the Syrian nation’s resistance in face of enemies’ plots and asserted: The key to Syria's victory as well as the United States of America and its regional mercenaries' defeat is Syrian president and people's resolve and resistance.
Stressing the necessity for prudence when encountering future plots, His Eminence held: The Islamic Republic of Iran regards helping the Syrian government and nation as assisting the Resistance movement, and genuinely takes pride in it.
Pointing to the Islamic Republic of Iran's honest stance and staying by the government and the people of Syria from the beginning of the crisis, Ayatollah Khamenei added: Syria, with its people's persistence and unity, managed to stand strong against a big coalition of the US, Europe and their allies in the region and victoriously come out of it.
Considering the victory of the resistance in Syria as the cause for the United States of America’s anger their desperate efforts to hatch new plots, the Supreme Leader made reference to an example and held: the question of a buffer zone in Syria that the Americans are trying to create is one of their dangerous plots that must be firmly rejected and opposed.
He counted the U.S.'s plan for having an influential presence Iraq-Syria border as another example of their plots and said: Iran and Syria are strategic allies and the identity and power of Resistance depend on their continuous and strategic alliance, because of which, the enemies will not be able to put their plans into action.
Ayatollah Khamenei referred to a calculation mistake that the enemies made with regard to the matter of Syria, and stated: their mistake was that they took Syria for some Arab states; whereas, [even] in those countries, the people’s movement was in favor of the Resistance and in fact, there was an uprising against the U.S. and their mercenaries there.
The Leader of the Islamic Revolution also highlighted the need for strengthening and developing the religious relations and exchange of religious scholars between Iran and Syria. Emphasizing on the importance of maintaining the spirit of resistance and enhancing the power of Syria’s nation and government, Ayatollah Khamenei addressed Syria’s president, by saying: with the resistance you manifested, you have become a hero in the Arab world; and the resistance has gained more power and dignity, thanks to you.
Syria’s president referred to some analysis that regarded Syria as done, adding: Iran and Syria have nations who enjoy identity and faith; and today’s achievements although gained by efforts and losses, are surely the outcomes of persistence with the movement of Resistance.
Mr. Bashar Al-Assad reminded the huge losses that some countries underwent following their surrendering to the U.S. and stated: many countries were submissive to the U.S. and thought that the U.S. determines the world’s fate and future; however resistance by some nations disturbed this false perception.
Referring to cases of efforts made by U.S. and allies in the region, trying to sow discord among ethnic and religious groups in Syria, the President of Syria went on to say: these efforts have had reverse results, and today in Syria, the Kurds and nomads have good relations with the government and even some groups that previously had some conflicts and differences with the government, are today cooperating with it, despite what the U.S. and Saudi Arabia desired.
Bashar Al-Assad called strengthening the ties between Syrian and Iranian scholars as an important opportunity for countering takfiri groups and maintained: Iran and Syria should continuously develop their economic relations; because developments of relations will act as an important factor in annulling the enemies’ plots against the two nations.