In his speech on the occasion of Eid Mab'ath

The Leader: US authorities lying, brazen and cruel terrorists 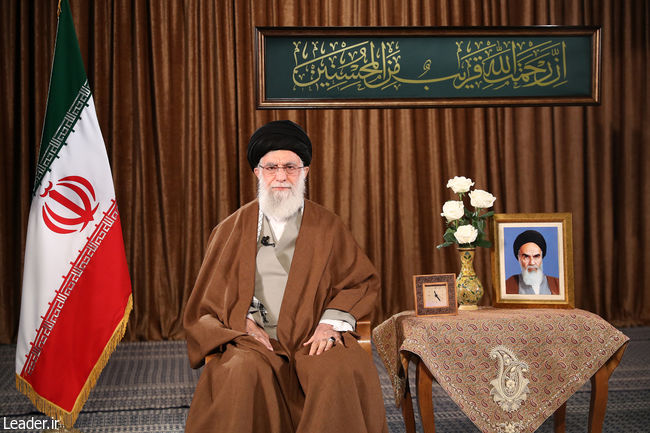 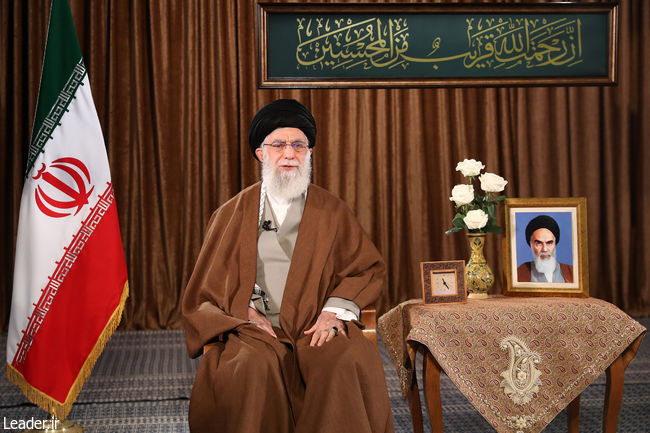 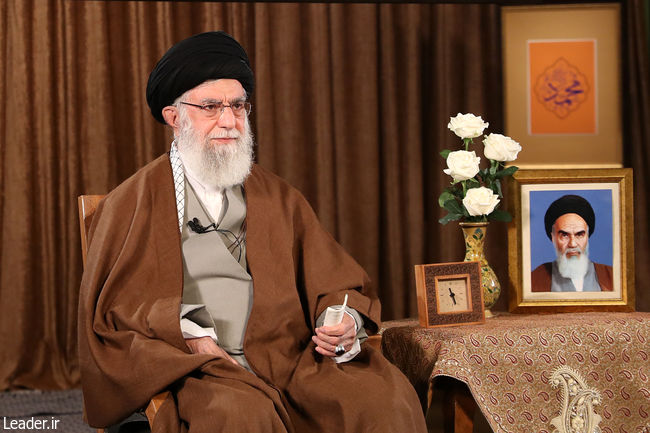 On the occasion of Eid al-Mab’ath, the Supreme Leader of the Islamic Revolution addressed the Iranian nation in a televised speech.

Explaining the concept behind Eid al-Mab’ath, Ayatollah Seyyed Ali Khamenei stated, “God had great prophets pledge their allegiance to the Holy Prophet of Islam (peace be upon him) on such a day and to help him in every way. The name and the characteristics of our Prophet have been mentioned in the undistorted versions of the Bible and the Torah, and the name of the Holy Prophet of Islam has even been mentioned by Jesus (pbuh).”

He reiterated that the main reason why prophets were chosen as messengers of God was to administer justice and to promote true freedom, adding, “Some people mistakenly think that social justice emerged from the West, but this is a false notion. It was after the Renaissance that the West became familiar with these concepts, whereas Islam had mentioned these in the Holy Qur’an more than 1,400 years ago.”

The Leader of the Islamic Revolution added, “The West has never promoted freedom, nor has it administered social justice. However, Islam has spoken of and pointed to these concepts. The Holy Prophet has been commanded in the Holy Qur’an to administer justice. The main essence of the appointment of all prophets and the main reason why divine books were sent down was for the administration of social and economic justice. The Commander of the Faithful’s (pbuh) statements about freedom were made a thousand years ago, much earlier than when westerners spoke of this.”

He stressed the necessity for the existence of a government to realize the goals of the prophets and added, “Implementing these concepts and teachings requires the existence of a political power because without it, aggressors and transgressors will not allow us to reach these goals.”

Referring to the blossoming of the Islamic government in the area of science in the fourth century after Hijrah, Ayatollah Khamenei stressed, “Three hundred years after the demise of the Holy Prophet, the most powerful government in the areas of science, culture, politics and the military was the Islamic government. Unfit and corrupt caliphs such as the Bani Umayyad came to power after his demise. If they had not come to power, there would have been more achievements.”

He also added, “Today, if we act in a sincere manner and avoid being lazy, short-sighted and naïve, we can help Iran reach the peak of Islamic rule, as the Holy Prophet did in the early Islamic period. Of course, this is our initial and short-term goal. However, our long-term goal is to help Iran achieve a new Islamic civilization.”

Ayatollah Khamenei mentioned that one should not be surprised at seeing the enmity of enemies and said, “There are enemies from among jinns and human beings, and they help one another. The intelligence services of many countries collaborate against us. Today, our most malicious enemy and the enemy of the Islamic government is the US.”

The Supreme Leader stressed, “The US officials are untruthful, treacherous, brazen and greedy. They are deceitful in every way, and they speak in a deceitful manner. They are oppressive and cruel. They are terrorists as well. They alone have all the qualities of good people! [He was speaking in a sarcastic tone here.]”

The Leader of the Islamic Revolution reiterated, “Since the beginning of his being appointed to prophethood, God ordered the Holy Prophet to show patience in confronting enemies. Of course, patience does not mean sitting idly, rather it means pursuing one’s goals and keeping up one’s morale as one moves forward.”

Ayatollah Khamenei also touched on the Coronavirus issue and said, “Today, we are faced with a rampant disease and pandemic which has inflicted casualties in almost all countries. Now, some countries tell the truth about the disease and some do not. This disease causes panic and brings about economic problems. On the basis of divine commands, in this issue too we need to show patience in the sense of steadfastness accompanied by acumen. Everyone must act according to the recommendations so that this dangerous disease will be controlled in the country.”

He referred to the statements of the Americans about their willingness to help Iran regarding the Coronavirus disease and stated, “The Americans have said several times that they are willing to help us in terms of medication and in treating the Coronavirus. This is very surprising. First of all, according to what your own officials have said, you have shortages in trying to prevent this disease, and you also have shortages in medications and in treating this disease. If you have something, use it for your own patients. Secondly, you are accused of having created this virus. I do not know how accurate this claim is, but considering the circumstances that exist, which reasonable individual can trust you? You might give us a medicine that would spread the disease even more or make it last longer. Some people even say that some forms of the virus are particular to Iranian genes and thus produced on the basis of genetic science.”

At the end of his remarks, Ayatollah Khamenei stressed, “People should take seriously the recommendations put forward by the National Committee for Combating Corona and other officials and they should act according to them. The disease has even caused our religious gatherings to be cancelled, which is something unprecedented in our history. But there is no other option. I hope that God will protect and heal all people from this plague.”