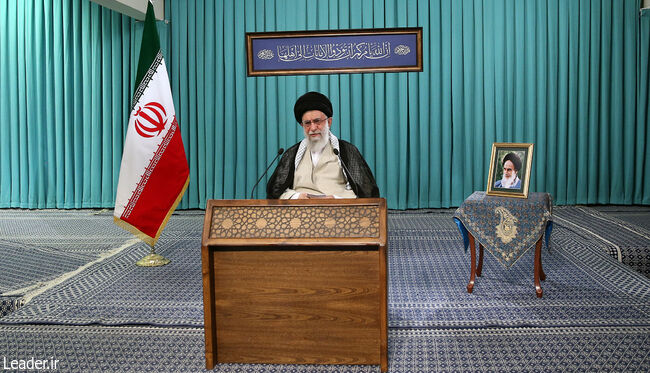 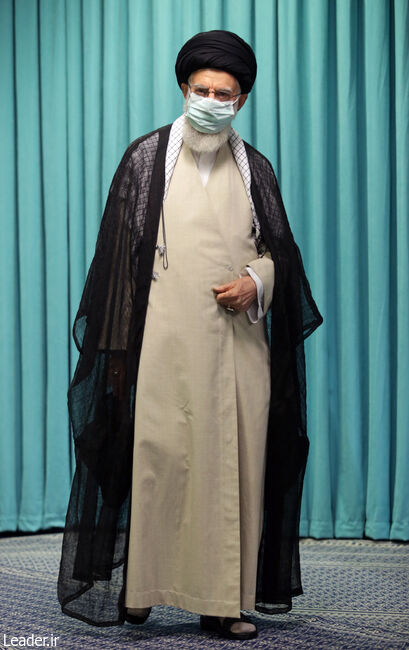 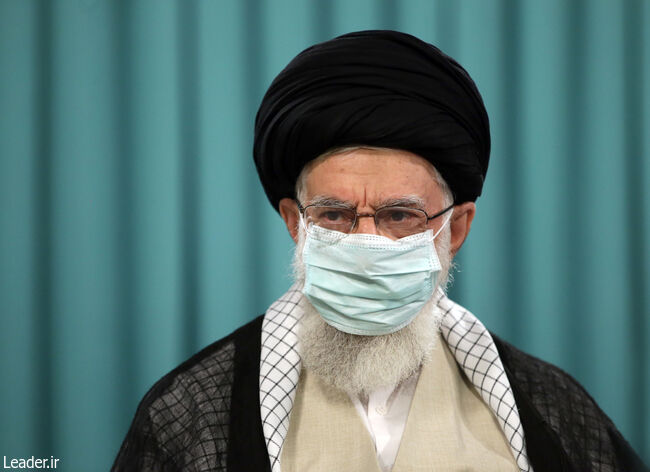 In the Name of Allah, the All-Beneficent, the All-Merciful

On Wednesday, June 16th, the Supreme Leader of the Islamic Revolution called Friday's election a decisive and influential event in all significant economic and non-economic issues in a televised speech to the Iranian nation. He then referred to the relentless efforts by the enemies to reduce public participation to weaken Iran and then increase Political, economic and terrorist pressures and interventions in the country and: "People's grievances, especially the deprived ones, about not taking care of their livelihood problems are justified, but these problems must be solved by choosing a strong, hardworking, powerful and tireless person. By the will of Allah, people will bring honour to Iran and the Islamic Republic again in contrary to the will of the enemy, and all strata with different political tastes, come to the field similar to the funeral of Hajj Qassem Soleimani and view elections beyond political preferences.

Congratulating the ten days celebration of the birth of Hazrat Ali ibn Musa al-Reza (AS), Ayatollah Khamenei called the way the nation will act on Friday elections and acted the years before and in all issues and field to have been very influential and said: In Friday elections, the basis is participation, and next is the choice, and we hope by the blessing of Allah, people will appear in this field in the best way.

He enumerated the people's presence in the Islamic Republic system based on a particular intellectual principle and evidence. He added: Of course, the political benefits of the presence of people are many and is full of blessing, but the principle philosophy of the nation's presence on the scene is more important.

Ayatollah Khamenei called the destruction of people's mentality on elections and, if possible, interference in the elections the two critical goals of the enemies in their atmosphere makings and said: They do not want the glory of Iran's elections to be shown, but despite the will of the enemies, the elections have always been held on time and with the participation of nation.

He pointed out that there may be no country whose election has been attacked as much as the election of Iran by the arrogant. He added: In this year's election, the American and British media and their mercenaries have been seeking to question the election and reduce the presence of the people from several months before.

The Supreme Leader of the Revolution considered reducing the presence of the people and distancing them from the system as the primary goal of the foreign media and added: Of course, except for some groups, people have always acted against the will of the enemy and God willing, the nation will bring honour to the country and the system with their presence.

Emphasizing the need to look beyond the political tastes to the realities of the country's political field, he said: The funeral of Martyr Haj Qassem Soleimani was one of these realities, and everyone participated beyond political tastes.

He added: "Elections should be viewed with an eye above different political tastes and participation is to respond to the need of the social system in the country. The Supreme Leader of the Revolution, citing the Holy Quran, considered participating in the elections a righteous act because it greatly upsets the enemies of religion and Islam.

In stating some important electoral points, Ayatollah Khamenei said: The essential point is the presence of people in the elections, which shows the public support of the system, and this has a unique effect on the indisputable authority of the system and Iran.

Ayatollah Khamenei criticized some of the sophistry about the elections in cyberspace and the press, saying: "These people, like the enemies of the nation, seek to reduce the participation of the people, weaken the system and, of course, weaken Iran, in which case Iran will become troubled by foreign intervention and transform into hippodrome for terrorists.

Another point that the Supreme Leader of the Revolution explained was the inverse relationship between reduction in participation of people and increase in the pressure of the enemy. He said: "Based on this fact if we want to reduce and eliminate the economic pressures of the enemies, i.e. sanctions and other pressures, we must increase the turnout in the elections and show the public support of the regime to the enemies."

The Supreme Leader of the Revolution also pointed to the effect of the nation's more significant presence in increasing the power and efficiency of the future president and said: "There are many facilities and opportunities in the country that require hardworking, tireless and influential people. The large turnout and votes give the future president more power to reduce problems.

Ayatollah Khamenei, referring to the constant emphasis on the issue of "electoral health", said: "In the Islamic Republic, elections have always been healthy, and the fact that presidents have sometimes come to power with completely different political tastes shows healthy elections in all these years."

The Supreme Leader of the Revolution called "competitiveness" one of the indisputable facts of the elections in Iran and added: "In this election, the nation will bring honour to the country and the system with their presence. The candidates in debates showed their competitiveness through their intellectual and linguistic debates and conflicts, each of which has his own supporters." Of course, I will comment on the content of the debates after the election.

Referring to the constant policy of the enemy from the beginning of the revolution until today, he pointed out the questioning of the people's votes: Interestingly, some countries in the midst of the 21st century are still governed as tribes, and even the smell of elections has not reached them. They do not know the difference between the ballot box and the fruit box; they run 24-hour television and claim that Iran's elections are not democratic.

The Supreme Leader of the Revolution further pointed to the doubts of some weak and deprived sections of society to participate in the elections and said: "These sections have reasonable expectations and grievances, most of which are about livelihood, housing and employment, and the country's officials should really address these issues. The future government is expected to address these issues at the top of its agenda."

Ayatollah Khamenei added: "These people are reluctant to the polls because of their grievances, but the main argument is that not going to the polls and abandoning it will not solve the problem. The problem will be solved when, firstly, everyone goes to the polls and, secondly, they vote for someone who has the ability to solve these problems."

He emphasized: "Therefore, the grievances and expectations of this group of people are right and correct, but their conclusions are not correct, and everyone must participate in the elections."

Referring to the leading role of the youth in the vital issues of the country, the Supreme Leader of the Revolution added: "I believe in the youth very much, and I expect them to encourage the people to participate in the elections by playing the role of forefronts while attending the polls. Also, the presence of the first voters has a special place and is like a celebration of political duty".

Ayatollah Khamenei criticized some wrong and weak analyses inside, which result in blowing the spirit of despair in the people, saying: creating despair and hopelessness in the country has absolutely no place because our country and nation is strong and has a strong foundation.

He considered the country's capabilities and facilities abundant. He added: "Whenever these capabilities are used, great things have happened, such as the victory of the revolution or the resistance of the Iranian nation in the holy defence, and the latest example is the production of the Iranian corona vaccine."

He pointed out: "Our youth did not wait for the vaccine of some stingy foreign countries, and today, thanks to the efforts of the youth, we are among the six countries that produce the corona vaccine in the world."

The Supreme Leader of the Revolution pointed to other issues in the past, such as the production of radiopharmaceuticals despite the sabotage of the West, and added: 20% uranium was obtained and now 60% enriched uranium is produced, all for peaceful purposes.

Ayatollah Khamenei also emphasized the country's defence capabilities and equipment, emphasizing: Therefore, to disappoint the Iranian nation with such capabilities and strong strength is wrong and impossible.

He then expressed appreciation to the election officials and gave them some advice.

The Supreme Leader of the Revolution emphasized: Necessary measures must be taken to protect the people's health while they are at the ballot box. Also, the issue of ballot papers shortage or delay in their arrival, which is one of the problems of previous elections, must be prevented.

Ayatollah Khamenei also called on election officials to deal with any violations of the law in the election.

In the end, he asked God Almighty to guide the hearts to what is good for the country and the nation.