The Supreme Leader of the Islamic Revolution In a televised speech

The vaccine must be provided to all people, in any way possible 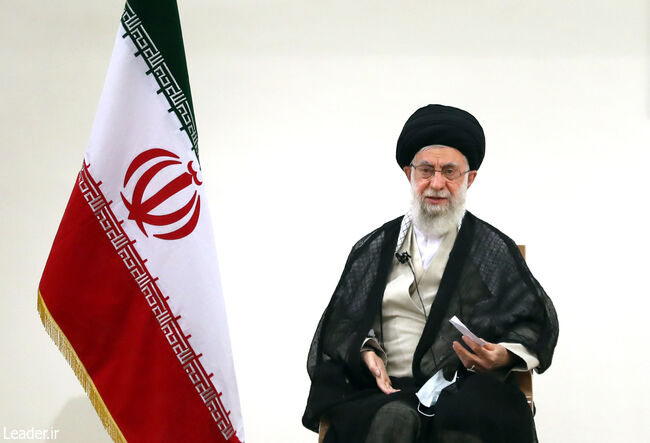 On Wednesday morning, the Supreme Leader of the Islamic Revolution, in a televised speech called the situation of Coronavirus the first and urgent issue of the country. Emphasising the decisive performance of duties and decisions to deal with the virus, He has instructed some valuable points to the officials and advised people.

Ayatollah Khamenei called the need to tackle the outbreak of the virus by using new and robust methods to fight the new variant. He said: the death of more than 500 people in a day which is causing the grief of their families and getting tens of thousands of people infected by the virus, at the same time having treatment difficulties, is excruciating and the heart of every Muslim and fellow citizen burns with this terrible situation. So we must deal with this situation as quickly as possible.

He called the president's one-week deadline to gather proposals to make decisions based on them as a good initiative, adding: "At the given time, the answer to the issue should be carefully weighed, and necessary actions should be taken decisively."

The Supreme Leader of the Revolution also considered the extreme workload of the medical staff and the physical and mental pressures on them as a significant concern and added:  I sincerely thank the doctors, nurses and medical team who are really struggling a lot, although the main reward will be given to them by Almighty Allah, the most thankful and the most knowledgeable.

Ayatollah Khamenei continued his speech by advising few points to officials as well as the public.

The Supreme Leader of the Revolution stressed the need to expand covid-19 diagnostic tests and said: "at the Early stage of the pandemic, the diagnostic tests became common, which was good. Now, the health network should do this again with the help of the volunteers (Basij) ."

By Referring to the high cost of corona diagnostic tests, he stressed: "The government and insurance companies should support the cause, to make the diagnostics tests available to all people for free.

In his following advice to the officials, Ayatollah Khamenei emphasised the issue of providing a wide range of vaccines and said: "Fortunately, with the domestic production of the vaccine, the import route from foreign countries became soft and easy, while before that, despite the payment of vaccines, foreign sellers were not providing the vaccines deliberately.

The Supreme Leader of the Revolution emphasised: Vaccines, whether imported or domestically produced, must be provided and made them available to all people by putting double efforts in any way possible.

Regarding the issue of providing medicine to patients, he said: "Despite the shortage or lack of medicine in pharmacies and hospitals, it is said that the same drugs are sold in the open market at multiple prices, which indicates a problem in the distribution network and this problem must be solved."

Referring to the severe and robust presence of the army in the first months of the pandemic, Ayatollah Khamenei said: "Although The army is still working in this field, they must do everything possible with their power to help the people (in the fight against the covid-19)."

He called the decision about the lockdown as a specialised issue and needed to be reviewed at the National Headquarters for tackling Coronavirus, adding: "If the authorities reached to any conclusion, they should act on it firmly, without hesitation."

In another part of his speech, addressing to the people, the Supreme Leader of the Revolution said: the part of the problem was due to non-observance of the rules and added: "Dear people, with the same sensitivity of the initial stage of the pandemic, follow the rules completely so that their lives and health are not endangered."

He said that enduring the restrictions for two or three months and fully observing the procedures will be beneficial to reduce the number of affected cases so that the medical staff can take a bit of rest. Perhaps, the spread of the virus and the risk of death and family distress will be minimised.

In another advise, Ayatollah Khamenei, considered the gatherings of the mourning for Imam Hussain (a.s) as a blessing and attracting divine mercy and added: the nation and the country need these gatherings with blessings, but in holding them, the procedures must be observed with complete care and intensity.

He advised the organisers of the public gatherings and the participants to observe the rules, especially the social distancing and emphasised: Do not let the Hosseini gatherings cause the spread of virus and room for our opponents and enemies to mock us.

The Supreme Leader of the Revolution also appreciated the public sympathy movement and the charitable assistance to the deserving and the affected individuals and businesses.

He pointed out: This movement should reach its peak, and the centre of these charity works, the centre for identifying the honourable needy people to help them, should be the Masajid (places of worship).

In the end, by reminding the importance of Dua (supplication) and Seeking divine help to eliminate calamity, He said: All these advice and recommendations are just the means of protection while the effectiveness of them depends on the blessings of God Almighty and Wise. In fact, the gatherings of mourning for Imam Hussain (a.s) are among the places where the supplications and intercessions are considered effective.

Ayatollah Khamenei expressed his hope that May God saves the Iranian nation, believers and all human beings worldwide from this evil and complex disease.