Your heroic message is the message of hope, and the accomplishing unimaginable 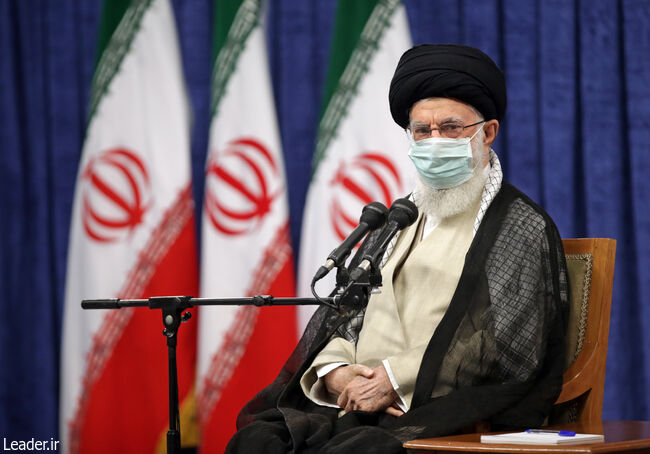 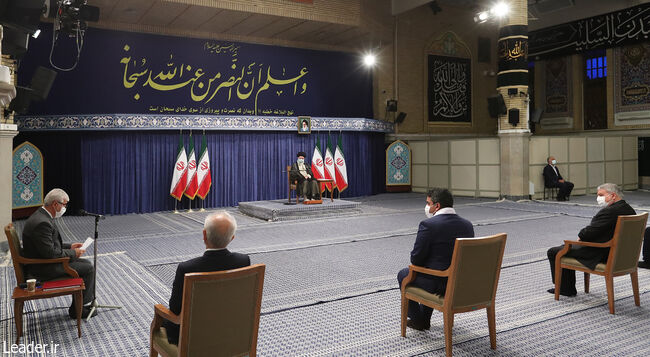 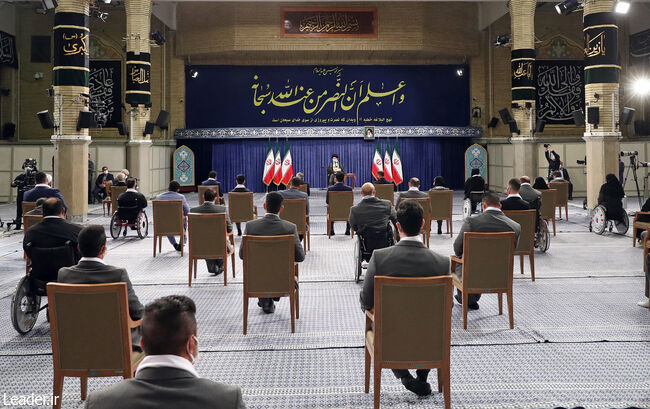 The Supreme Leader of the Islamic Revolution, on Saturday 18th of September, 2021, in a meeting with the medal winners of the Tokyo Olympic and Paralympic Games, sincerely thanked our country's champions. He said: the most important message from these national heroes of sports to society, especially youth, is to know the abilities to perform works that seem undoubled. Indeed, this is the message of firmness, hope, and liveliness to society and the youth.

Ayatollah Khamenei called this message a significant inspirational one for the society and added: "While many organizations are busy in planning to deprive the hope and vitality, within the society especially amongst youth, the championship of Iranian athletes injects the message of hope to the whole society and this issue is precious.

Referring to his short messages of appreciation after the athletes' championship, he noted: "you should know that these messages are from the bottom of our hearts, and we know the value and importance of your movement."

Referring to the championship of athletes despite some restrictions, the Supreme Leader said: "Despite these restrictions, the country's flag is raised, and international awards are conquered, it is a sign of strong will and determination, and this determination, will, heroism and hopefulness, that exists in sports, it also exists in the fields of science, technology, art and literature that one of the essential duties of officials is to highlight these national points of pride honestly.

Ayatollah Khamenei called the manifestation of human, religious and spiritual values ​​along with the championship as very valuable and pointed to some examples of these cases in the Olympic and Paralympic competitions and said: titling the sports caravan in the name of martyrs, especially Martyr Soleimani, dedicating some medals to some great martyrs, using traditional scarfs as a symbol of self-sacrifice and resistance, observance of hijab, especially the use of traditional Chador (a big piece of cloth to cover the whole body of women) at the time of flag-bearing, expressing honour, love and affection for the Iranian flag, demonstrating prayer scenes, embracing the defeated opponent and paying respect to Martyr Babaei's mother by the Paralympic volleyball team are considered as some of the manifestations of Islamic values ​​and the identity of the Iranian nation.

He emphasized: "Iranian women athletes in these competitions proved that the Islamic hijab does not prevent them shining in the field of sports, as they have proved the same in the fields of politics, science and management."

Ayatollah Khamenei considered the issue of non-recognition of the criminal Zionist regime in sports fields as a fundamental issue and said: The ruthless, genocidal and illegitimate Zionist regime is trying to gain legitimacy by participating in international sports arenas, and the world arrogant ones are helping it. But our respected sports officials and athletes should not be passive in this area in any way.

Referring to the reciprocal actions of the Zionist regime and its supporters to deprive athletes, he stressed: The Ministry of Sports and the Ministry of Foreign Affairs and the legal system should pursue this issue through legal means and support athletes in the country and even Muslim athletes from other countries such as Algerian athletes who were deprived recently.

The Supreme Leader of the Islamic Revolution emphasized that a proud Iranian sportsman could not shake hands with a representative of the criminal regime for a medal and actually recognize it, adding: "This is a matter of history and in the past athletes from countries refused to compete with representatives of the apartheid regime in South Africa. And after a while, that regime will disappear, and the Zionist regime will also be destroyed.

Ayatollah Khamenei also had some advice addressing the sports officials.

"Improving the quality of international sports and focusing on sending athletes in medal-winning positions", "Planning to improve Iran's ranking in the Olympics", "Celebrating the brilliance of an Iranian clothing logo in the Olympics and the need to support manufacturers of sports equipment in the country", promoting typical Iranian sports such as polo and using this opportunity to attract foreign tourists "," Using Iranian coaches as much as possible "," Seriously addressing the issues and problems of employment and livelihood of heroes "and" Promoting justice in sports "are among the recommendations of the Supreme Leader to the officials.

Before the Leader of the Islamic Revolution, Mr Sajjadi, Minister of Sports and Youth, gave a report on the Iranian convoy sent to the Olympic and Paralympic Games. The medals won and Iran's rank in these competitions.