Knowledge-based and job-creating production will lead to economic progress 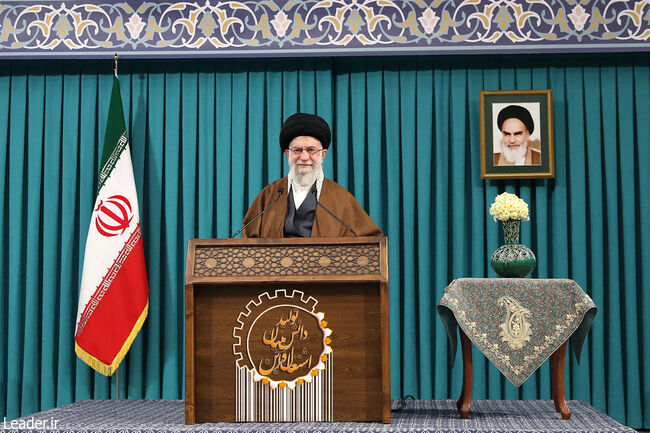 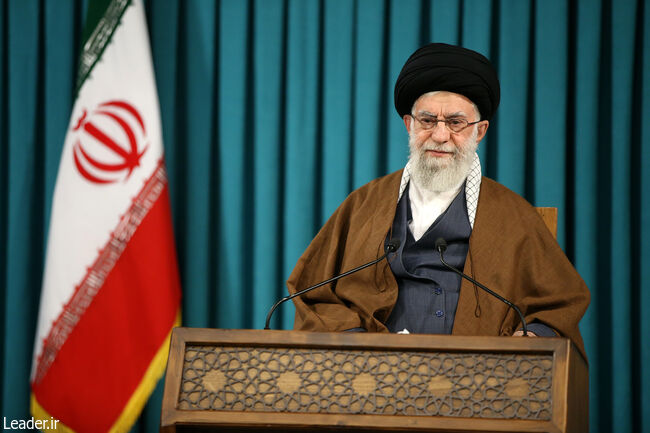 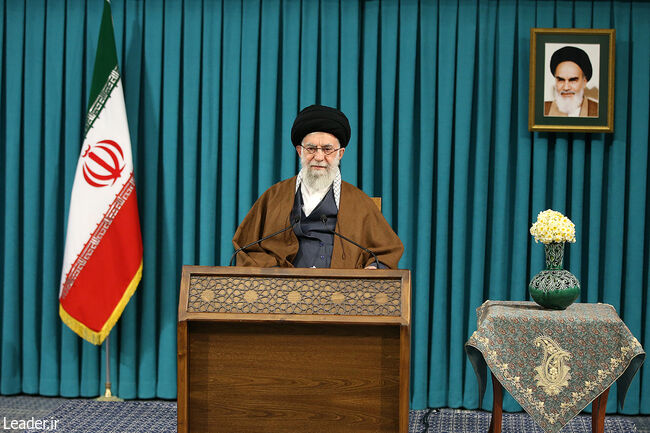 Ayatollah Khamenei also counted the year 1400 as a year with ups and downs as the previous ones and said: The substantial and significant presidential election was one of the most critical ups and downs of the past year when despite the corona pandemic, people took part in the elections and formed a new government of a fresh vigour which based on the observed signs is on a separate path to the previous respected government and has revived hopes in people. He called the severe confrontation with Corona and the significant reduction of casualties due to the provision of vaccines for all as other ups of the year 1400, and pointed to another zenith of great work in this year and added: there was a great job in the fields of science and technology such as the production of several approved vaccines and the launch of satellites. The Supreme Leader of the Revolution considered the Americans' confession of disgraceful defeat in the maximum pressure against Iran as one of the other sweet parts of the year 1400 and added: The resistance of the people led to this victory, and in fact, it was the Iranian nation that won.

During the message, he emphasized the many events that took place in 1400 in other parts of the world: These events all show the right path of the Iranian nation against arrogance.

Ayatollah Khamenei called "the scarcity of people's livelihood, the issue of inflation and high expenses" the most bitter issue of 1400 and added: Economic problems are treatable and must be treated. Of course, the rush and expectation of sudden elimination are not realistic, but we hope that some of them will be resolved in the new year, which is the first year of the 15th century AH. He further said the purpose of giving a slogan to the year is to direct the movement of the officials and individuals and added:  the results achieved in accordance with the motto of the year in some years were good, but in some years, there were shortcomings. Of course, in the year 1400, which was the year of "production; Supports and removing barriers ", good work has been done that must continue. Stating the reason for focusing on the issue of production in recent years, the Supreme Leader of the Revolution said: Production is the key and the route to solving and overcoming economic problems, while economic growth, increasing employment, reducing inflation, increasing per capita income, improving public welfare, as well as increasing self-confidence and national dignity depend on the prosperity and popularity of an elixir that is called the national production that has been of a good influence in recent years. Ayatollah Khamenei added: "This year also, I continue to emphasize the issue of production, of course, on a new layer and face, namely knowledge-based job-creating production ". He considered setting knowledge-based job-creating production the tangible criterion of moving forward in all economic goals and added: Therefore, the slogan of 1401 is "knowledge-based job-creating production. The Supreme Leader of the Revolution, emphasizing his recommendation of the previous year and not sufficing to superficial works such as inserting the name of the year on the street signs or the headers of the devices, said: The realization of this year's slogan requires policy-making. Of course, with the movement seen from the esteemed president and his colleagues, God willing, this slogan will not be neglected, but the more work and effort, the better.