In the meeting with the Venezuelan President and the Leader said: 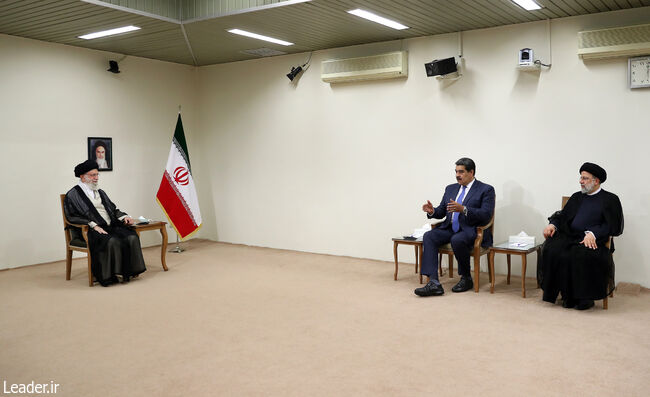 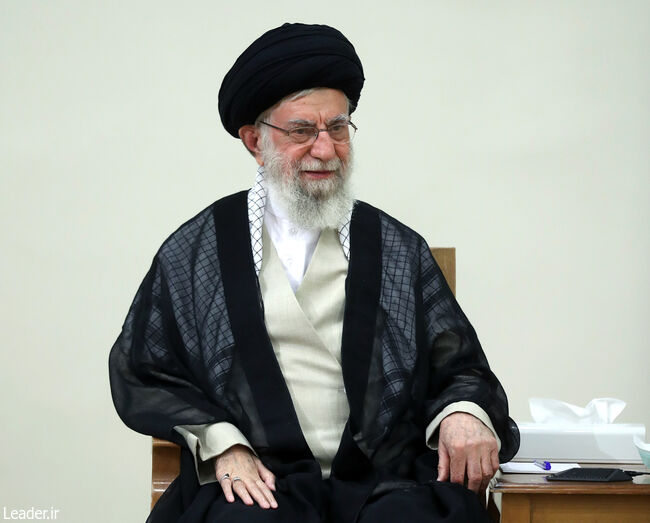 On Monday afternoon, in a meeting with Mr Nicolas Maduro, the Venezuelan President, and the delegation accompanying him, Ayatollah Khamenei referred to Iran and Venezuela's resistance in the face of intense US pressure and the launch of hybrid warfare against them by Washington, stressed the fact that the two countries successful experiences shows that the only way to counter these pressures is through resistance.

Speaking about the victory of the people and government of Venezuela in a hard struggle against the US's hybrid and wide-ranging war, the Leader of the Islamic Revolution addressed Mr Maduro and stated that the resistance of His Excellency and the people of Venezuela is of great value because it raises the status and the level of competence of a people, nation, and their leaders. Also, in principle, the way the US views Venezuela today is different from the past.

Alluding to the advances made by the Islamic Republic of Iran and its scientific and technical accomplishments in recent years, Ayatollah Khamenei added that these steps were taken at a time when Iran was under intense and unprecedented sanctions, which Americans themselves described as a campaign of "maximum pressure."

The Leader stressed that the resistance of the Iranian people led to the defeat of this campaign, described by one prominent American politician as a "disgraceful failure."

The Leader of the Islamic Revolution stated that the conclusion we can draw from the resistance the Iranian and Venezuelan peoples put up is that the only way to deal with foreign pressure is through resistance and steadfastness. At the same time, the two countries should strengthen bilateral ties and cooperation more than ever before.

Welcoming the signing of a twenty-year cooperation agreement between Iran and Venezuela, Ayatollah Khamenei asserted that long-term cooperation requires following up on the agreement already reached and ensuring they are implemented.

Referring to friendly relations between Iran and Venezuela, he pointed out that the two have closer ties than any other state. He added that the Islamic Republic of Iran has proven that it will not abandon its friends but will come to their aid during times of danger and hardship.

The Leader of the Islamic Revolution also praised Mr Maduro for his stance against the Zionist regime, stating that the positions adopted by His Excellency were both befitting and brave.

In this meeting which was also attended by the President of our country Mr Raisi, President Maduro expressed his gratitude for the support Iran had extended to Venezuela in its arduous struggle against the US, saying that Iran had come to Venezuela's assistance when it faced tremendous hardship and was abandoned by other countries. He added that Iran had helped Venezuela survive its ordeal.

Commenting on the gruelling economic problems his country had gone through in recent years, he stated that as Your Excellency said, the Americans launched a gradual and multi-dimensional war against our country but we stood up to them and used the opportunities that US sanctions had provided we were able to withstand American attacks on all fronts, and Venezuela is now in a better position than before.

Alluding to his negotiations with Iranian authorities and the signing of a cooperation agreement, he stated that they are drawing a detailed roadmap for cooperation with Iran in various fields, especially in relation to science and technology.

Stressing the fact that his country regards the cause of Palestine as sacred for humanity, he said that is why the Zionist regime is constantly conspiring against Venezuela.