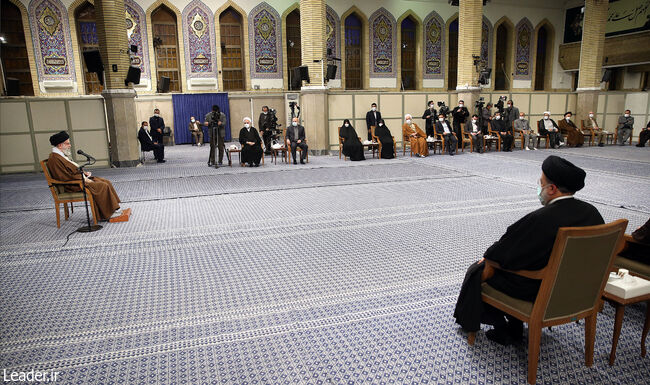 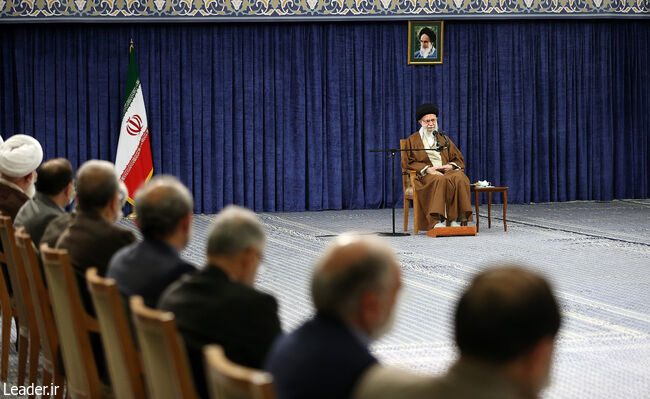 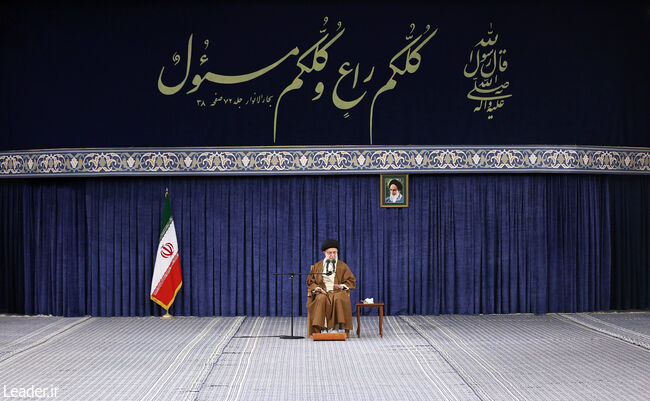 The Supreme Leader of the Islamic Revolution, Ayatollah Khamenei, in a meeting with the members of the Supreme Council of Cultural Revolution this evening (Tuesday), called the cultural guidance of the country the primary role of this council and referred to the necessity of revolutionary reconstruction of the country's cultural structure, he said: The Supreme Council of Cultural Revolution should provide scientific solutions for the spread of correct and progressive statements by observing and knowing the weaknesses and false cultural statements in different fields.

At the beginning of his speech, the Leader of the Islamic Revolution made a point about the Supreme Council of the Cultural Revolution, referring to the presence of prominent and elite people and experts in this council; he said: Despite the richness and high level of people present in this council, the collective identity of the Supreme Council does not have the necessary development following its members, and it is necessary to strengthen the influence of the council in the country's cultural issues. Of course, the council members have other jobs, and there is no expectation that the members will stay away from their main work, but the expectation is that adequate and sufficient time will be set aside for council matters.

By raising the question of what is the duty of the Supreme Council of Cultural Revolution, he said: The most important role and duty of this council is the cultural guidance of the country and society.

Ayatollah Khamenei emphasized that the cultural guidance of official institutions is different from the cultural guidance of popular organizations and said: The Supreme Council of Cultural Revolution can, by correctly guiding thousands of people's organizations that are active in diverse and extensive cultural works, become the foundation for the formation of a public movement in essential categories such as spreading the culture of contentment and non-wastefulness.

He considered the creation of such public movements for culture building or correcting wrong cultures as a part of cultural engineering. Regarding the guidance of government cultural institutions, he added: In the case of institutions such as culture and Islamic guidance, education and training, advertising and broadcasting organization, cultural guidance is not possible only by issuing transformation documents, but these documents must be realized and implemented, and the guarantee of their implementation is the presence of the heads of the three powers in the Supreme Council of the Cultural Revolution.

The Leader of the Islamic Revolution also referred to his last year words in the meeting with the government delegation regarding the need for a revolutionary reconstruction of the country's cultural structure and said: The meaning of structure is the cultural structure of the society and the mentality and culture that governs it, and in a word, the software that the people of the society act based on in their individual and collective lives.

Ayatollah Khamenei added: The reason that the structure should be fundamentally reconstructed is that the Islamic Revolution was miraculous through the leadership of the Imam (r.a) and the people's movement, and with its aggressive spirit, it changed the political, cultural and social foundations and the false propositions ruling the minds of the people.

The Leader of the Islamic Revolution, referring to the culture of "we can't" as one of the false propositions ruling the society before the Islamic Revolution, said: The revolution gradually changed this mindset with construction and creative movements, the result of which was the completion of great works such as the construction of dams, power plants, highways, oil and gas industry equipment, and many infrastructures by the hands of young domestic professionals.

Ayatollah Khamenei cited the change of the culture of "conceit and fame" to the culture of "sacrifice and self-sacrifice" as an example of the cultural influence of the Islamic Revolution on people's personal lives and noted: Despite the change of many false foundations, various factors weaken the aggressive spirit of the revolution over time, and this issue must be carefully monitored so that those faulty foundations do not reoccur.

He added: With the help of the intellectual foundations of the revolution and active youth, that revolutionary culture and spirit can be renewed once again, and a huge cultural movement can be created.

Ayatollah Khamenei considered this issue as one of the essential tasks of the Supreme Council of Cultural Revolution and said: The council must think, work and plan to realize this issue.

Ayatollah Khamenei listed the constant monitoring of the usually hidden cultural changes and their timely treatment as essential for the revolutionary reconstruction of the country's cultural structure and added: If we suffer weakness and backwardness in continuously understanding these changes and preventing their negative effects, the society will definitely suffer damage, and the most important of these damages is the cultural turmoil or the control of the country's cultural affairs falling into the hands of others.

The Leader of the Revolution considered cultural engineering as a means to clarify the tasks of various institutions, including education, broadcasting, higher education, centres related to youth, and popular organizations and added: If such institutions neglect their important duties, society will suffer a lot.

Ayatollah Khamenei added: Universities, scientific and research centres and related institutions should put scientific progress and leap at the top of their work so that our country does not fall behind the caravan of science.

At the beginning of this meeting, the president said that the primary mission of the Supreme Council of Cultural Revolution is to organize the fields of science and culture and to refer to the finalization of the transformation document of this council; he reported on the measures taken in the new period, including the pursuit of the revolutionary reconstruction of the cultural structure.