Stand up to the enemies of Iraq's development, relying on the people 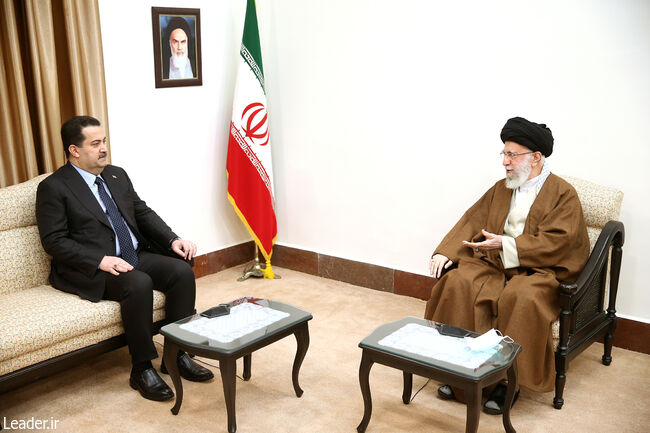 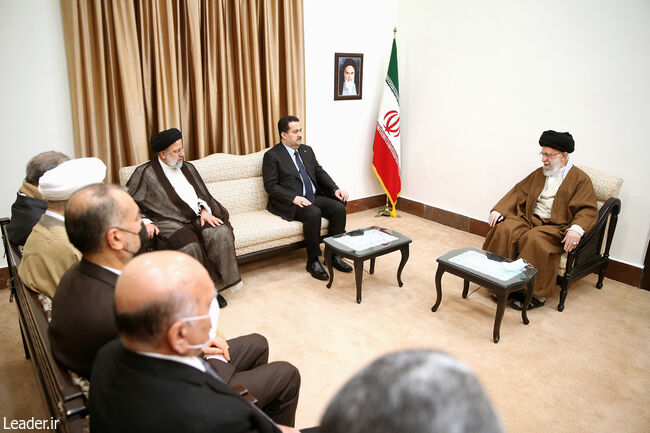 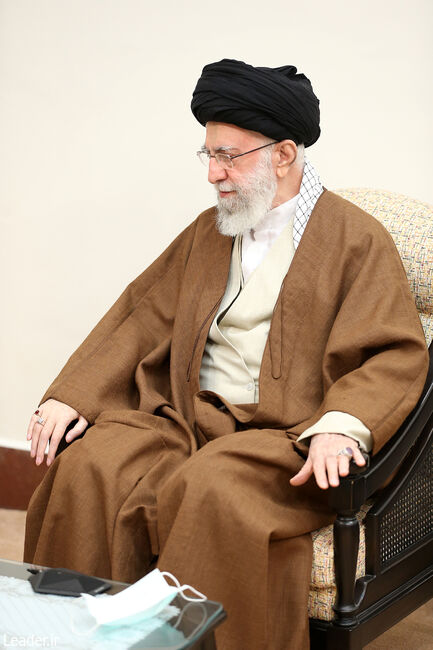 Ayatollah Khamenei, the Supreme Leader of the Islamic Revolution, emphasized this evening (Tuesday) in his meeting with the Prime Minister of Iraq, Mr Mohammad Shia al-Sudani: The progress of Iraq towards reaching its high and actual position is in the interest of the Islamic Republic, and we believe that you are the person who can advance the affairs and communications of Iraq and bring this country to an independent position worthy of its civilization and history.

Congratulating the election of Mr Shia al-Sudani as the Prime Minister of Iraq, the Leader of the Islamic Revolution called him a faithful and capable person, and his appointment as the head of the Iraqi government is a source of joy.

Ayatollah Khamenei considered Iraq to be the best Arab country in the region in terms of natural and human resources as well as cultural, historical and civilizational background and said: Unfortunately, despite such a background, Iraq has not yet been able to reach its high and actual position, and it is hoped that with the presence of your Excellency, Iraq will progress and achieve its proper position. He listed one of the basic necessities for Iraq to reach its true position, the coherence and unity of the groups inside Iraq. He added: the other requirement for development is the full use of young and motivated Iraqi forces. The Leader of the Islamic Revolution pointed out: Of course, the progress of Iraq has enemies who may not show hostility on the outside, but they do not accept a government like yours, and you must stand firm against the will of the enemy through reliance on people and motivated young forces who have passed their test in dealing with the vast and deadly danger of ISIS.

Ayatollah Khamenei considered the progress of Iraq the progress in economics, services and even cyberspace and presented a legitimate face of the government to the Iraqi people dependent on using the considerable capacity of Iraqi youth as an actual government-supportive army and said: through using the good financial sources and facilities that exist in Iraq and with such support, the new government of Iraq can make serious changes in various fields, especially in providing services to people.

He referred to the words of the Iraqi minister on not allowing any party to use the Iraqi terrorist for disruption of Iranian security according to their constitution. He said: Unfortunately, this is now happening in some areas of Iraq, and the only solution is the central government's extension of authority to these areas.

Ayatollah Khamenei emphasized that "the security of Iraq is the security of Iran, just as the security of Iran influences the security in Iraq ". He pointed to the talk of the Iraqi Prime Minister in Tehran today. He added: In the previous periods, good negotiations and understandings were carried out, but they barely reached the stage of action, so in all agreements, we must move towards action, especially in the field of economic cooperation and exchange of goods and rail communication.

Pointing to specific determinations to prevent agreements and cooperation between Iran and Iraq, he said: these determinations must be overcome with action.

In this meeting, which was also attended by the President of Iran, Hujjat al-Islam Wal-Muslimeen Raisi, Iraqi Prime Minister Mr Shia al-Sudani pointed out the strategic and historical relations between Iran and Iraq and said: A clear example of Iran and Iraq being together was the war with ISIS, in which the blood of Iranians and Iraqis were intermingled in the same battlefield side.

Honouring the memory of martyrs General Soleimani and Abu Mahdi al-Muhandis, the Prime Minister of Iraq considered these two noble martyrs as another example of the two nations of Iran and Iraq being together.

Referring to the determination of the new Iraqi government to implement the agreements between the two countries and expand relations in various fields, especially in the economic field, Mr Al-Sudani said: The security of Iran and Iraq are not separate from each other, and according to the constitution, we will not allow any party to use Iraqi territory to breach security.