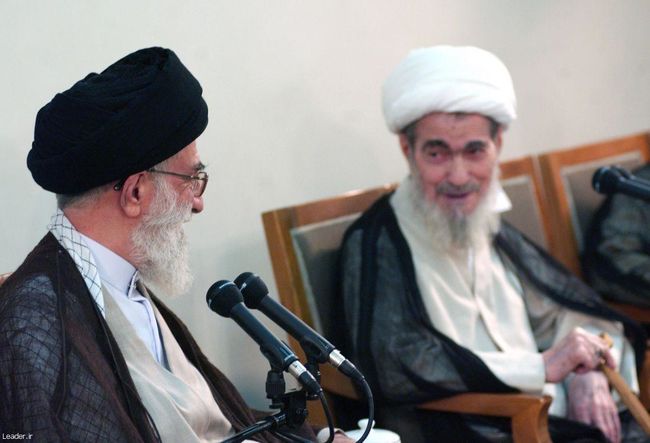 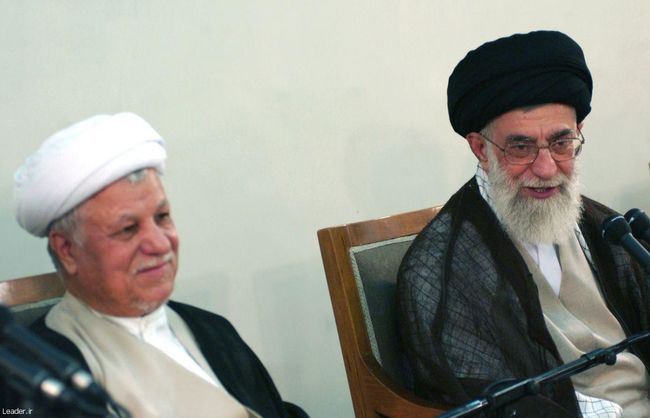 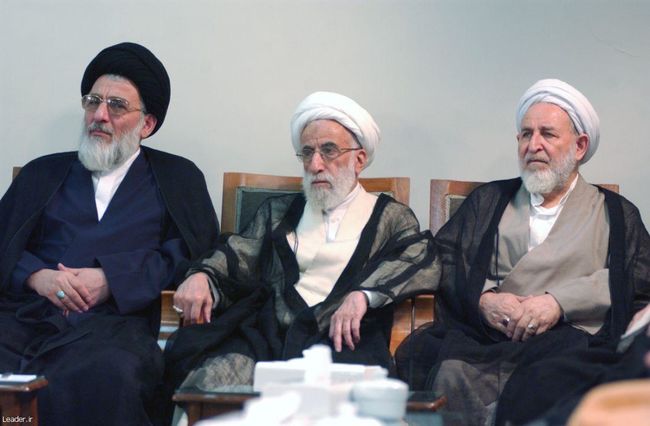 Islamic Revolution Leader Ayatollah Sayed Ali Khamenei Thursday called the Leadership Assembly of Experts a spiritual reserves and a huge source of backing for the system.

Addressing the nation-elected elite clerics, Ayatollah Khamenei urged avoiding undermining the Experts Assembly and striving to preserve national trust in it. The IR Leader said the scientific, religious, political and social maturity and avoiding factional and partisan affairs is the key to preserve the significant status of the Leadership Assembly of Expert, adding defaming political figures or ulema in any form and with any motive is an irreligious and unwise practice.

During the meeting held in the morning, the IR Leader honored the month of Sha'ban and its enshrined religious occasions.

Ayatollah Khamenei described the key task of the Assembly of Experts, mainly as choosing leader in time of absence or demise of the serving leader as an unparalleled assignment, adding if the assembly fails to keep vigilance at any time and savvy the country's situation, no hand can unravel the critical knot of leader absence, hence the significance of the Leadership Assembly of Experts.

Ayatollah Khamenei described the Constitutional approach in establishment of the Assembly of Experts as the most prudent and sagacious methodology, adding that the Constitution has fully fielded people in the election and formation of the assembly of experts so that the spiritual reserve continues to fulfill its significant responsibility at any time and that unless the case was so so that the election of leader in time of crisis, either in demise or absence of leader, was ceded to direct general vote or the choice of a particular group, insurmountable problems and crises would emerge.

The IR Leader urged the audience to honor the propriety the lofty status of the Assembly of Experts calls for, especially in avoiding undermining the assembly and preserving the trust shown by people towards it during the previous elections.

Ayatollah Khamenei then described scientific, religious, political and social maturity as other requirement to honor the foundation propriety, adding those who qualify for the Assembly of Experts must enjoy necessary maturity so that whenever they decide over leadership, people confidently approve the decision.

The Islamic Revolution Leader called on the qualified and competent figures to take part in the upcoming elections of the Leadership Assembly of Experts, adding any one who believes he is qualified to member the assembly is obliged by the Divine statute to subject him to people's vote.

Ayatollah Khamenei described people public participation in the respected elections as a general responsibility and key to preserve the credibility of the Assembly of Experts. The Leader promised to further speak to people about the issue in due time.

As another requirement to honor the propriety of the assembly, Ayatollah Khamenei urged members of the Assembly to avoid factional and partisan issues.

"The principle goal of the formation of the Assembly of Experts is a completely national issue to wit choosing the leader of the system in necessary time, so the assembly is more dignified than letting it be engaged in factional and partisan affairs," the IR Leader asserted, adding however that holders of different political views can sit the Assembly, but they should not transform it into a venue for politicized or partisan motivations.

Ayatollah Khamenei furthermore thanked the incumbent members of the Assembly of Experts, adding the Assembly in its third tenure adopted invaluable measures that overall demonstrate the correct approach of the scientific and political elites of the country regarding the platform of the Revolution and the System.

Pointing to the upcoming elections for the Assembly of Experts, Ayatollah Khamenei strongly criticized defamatory moves with any motives or justification, adding a small group troubles the society through such disgraceful moves, but every one must be alert not to let the milieu of the elections be troubled with defamation.

Ayatollah Khamenei considered defamation of political, religious and revolutionary figures as well as the honorable ulema and seminarian clerics as absent from any religious or rational logic, adding defamation and libel is not the solution to oppose what seems problematic to an individual, rather, distinguishing between light and dark matters besides avoiding naming others serves the solution.

Ayatollah Khamenei said libel, slander and making doubtful remarks about others stand against the logic of Koran, adding even if the moves aim at challenging a deviated inclination, defamatory methods will not materialize the goal, so defamation and libel with any motivation must be avoided.

Concerning the country's situation, Ayatollah Khamenei said the conditions in different sectors are generally progressive, adding certain wrong assessments and short-lived matters must not prompt one to ignore the general and progressive trend of the country in the long term.

The IR Leader appreciated the accelerated development activities, the praiseworthy efforts of the executive authorities in serving people as well as the cabinet's due approach mainly as social justice and tackling problems of underprivileged zones, adding "in the youthful, lively and striving association of the council of ministers, there are many open and active minds besides sagacious and logical ideas who are making unwavering efforts as well as due plans and objectives for the development and progress of the country.

Pointing to the some negative propagandas by the dissidents of the system to deflect certain individuals and strata from the progressive trend of the country, Ayatollah Khamenei said despite all these propagandas, the people especially the youth look at the future with hope and liveliness and cherish the results of these efforts and activities.

Ayatollah Khamenei praised the system's authorities for grabbing initiative in international and especially in regional affairs.

The IR Leader said the country enjoys an exceptional position and a favorable movement and liveliness in foreign affairs and thank God regional developments including the victory of Hamas and Hezbollah has consolidated the position of the Islamic System.

Ayatollah Khamenei called the stunning victory of the Lebanese Hezbollah in the face of the Zionist regime's army a great event, adding dissidents of Islam and Muslims still remain to be stunned at the significant event and fail to understand the reasons behind it, but such great events which take place under the auspices of the Islamic Revolution, have in practice helped consolidate the position of the system and prove the credibility, clout and attractiveness of the slogans of the Islamic Revolution.