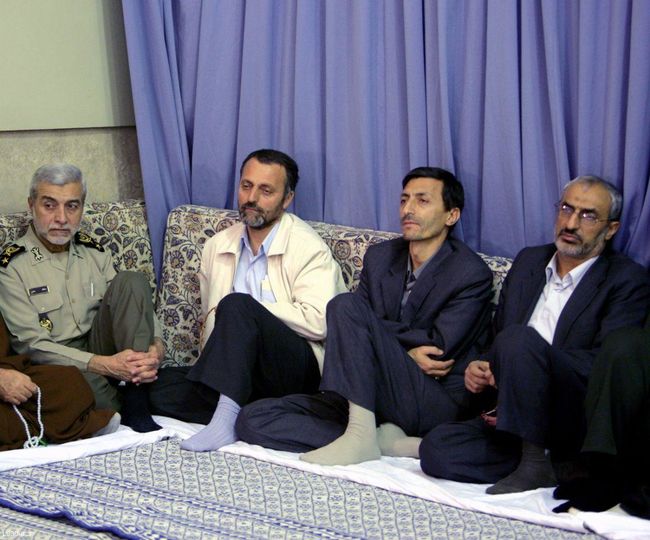 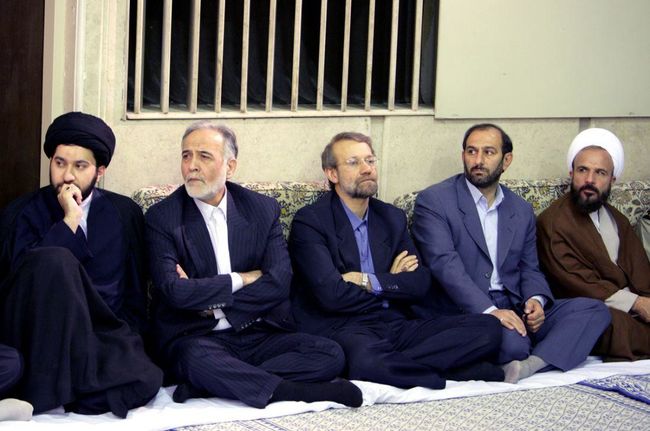 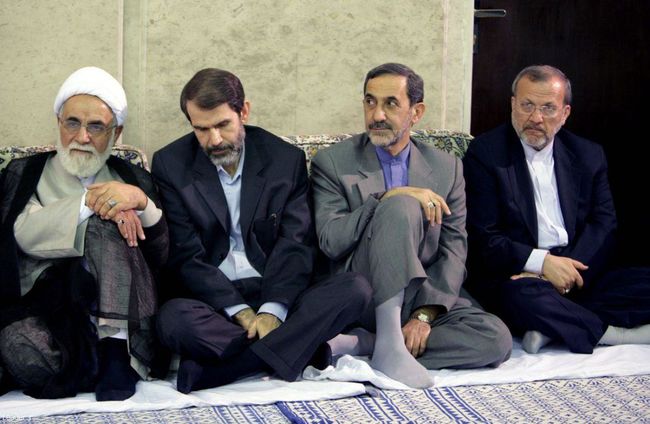 Islamic Revolution Leader Ayatollah Sayed Ali Khamenei Tuesday evening told an official meeting of the Iranian statesmen that the fasting month of Ramadan is the blessed spring of progress and sublimity of human being, calling on people and political groups to fulfill their responsibilities towards the upcoming significant elections of the Leadership Assembly of Experts as well as the Islamic Municipalities elections.

Ayatollah Khamenei said that the authorities' commitments towards God and people provide a leading source of Devine blessing and bounties. The IR Leader touched on the grand virtues of the sacred month of Ramadan, saying, the practice of fasting in body and soul and making effort to purify heart from matters of vice could produce a rare opportunity out of this great Divine month for piety and salvation. Ayatollah Khamenei urged the authorities to further care for the matter, especially regarding their heavy duties.

Ayatollah Khamenei described every position of service in the Islamic System as a heavy but honorable responsibility, adding the world's evils are understandably join ranks in the face of this system which moves ahead with the same message as that of the Messengers to bring prosperity to nations, however, having been proved as well in the past 27 years in the Sacred Defense and other occasions, to have unity, firmness and faith in the path will earn definite victory for the Iranian nation.

Ayatollah Khamenei urged the authorities for seriously avoiding chasm, adding, in God's grace, the authorities enjoy unity and amicability more than ever before, but they must take high alert against enemies' efforts of sowing discord and not allow natural differences in opinion and choice of approach to lead to dissension.

"When the System in its generality adopts a measure or stance, all the authorities must stand united behind the stand as it has been so to date and in God's assistance will be so in future," Ayatollah Khamenei affirmed.

The Islamic Revolution Leader lauded the incumbent ninth administration for its seriousness, good performance and voluminous works, adding all persons must praise President (Mahmoud Ahmadinejad) and in case anyone has some comment about his administration performance it must be transferred to it in one way or another, but producing an incompetent image out of the Administration even if being true is not allowed, let alone it is untrue and unfair.

"Genuine and rational criticism is rather than presenting incompetence," Ayatollah Khamenei said, ruling out any effort to undermine the Judiciary and the Legislative as well.

Ayatollah Khamenei denounced officials' complaining about one another especially before the public as wrong, asking what the fault of the good Iranian people is that they break their hearts through such complaints.

Also in this regard, Ayatollah Khamenei pointed to recent exaggerated debate about the culmination of the eight year imposed war and the approval of the UN resolution 598 almost two decades ago, whishing if only the complaining would not take place, adding however that now that it had taken place, it must not be magnified and one must not make such comments about the matter as if an important incident had occurred.

"Both political and military officials made ample services during the war time period and also some weak performances too whose collective effect led to Imam's (Khomeini) decision about the resolution the information of which will be made public as proper and gradually," Ayatollah Khamenei said, adding however, what occurred as the overall fruit of all capabilities, weaknesses, and shortcomings in absolute terms contradicts defeat and surrender, because the honorable Imam Khomeini was the incarnate of perseverance, resistance and hope in future and acted upon the same platform in all war-time decisions, approval of the resolution and other events and taught us as well to do so.

"Also today the Islamic system adopts its decisions through prudence and far sight as well as prowess and bravery relying on the might of the Iranian faithful nation and tries to materialize its aspirations through sound tactics and based on the ongoing demands as it did in the nuclear issue," Ayatollah Khamenei said.

Pointing to I.R. of Iran's decision two years ago in suspending uranium enrichment, Ayatollah Khamenei said if Iran did not tried the decision it might have been feeling reprimand that it had not tried it. Nevertheless, today it advances with firm resolve and sovereign will and no one can any more provide a debatable reason that the country's nuclear policy in rejecting any suspension is wrong as the country had experienced the policy otherwise.

"Also two years ago, it was known where the policy would lead to and revealing evidence has been recorded of the events of those days which will be made public one day, but the thing is that the decision at the time was necessary," the honorable Leader added.

"Our policy is frank: progress, providing a transparent logic and persevering in restoring the nation's right and not caving in," Ayatollah Khamenei said, adding Iran's objectives in the nuclear issue is fully transparent and humane.

Ayatollah Khamenei then turned to the significance of the elections of the Leadership Assembly of Experts as well as the Municipalities Elections, adding both of these sets of elections are significant in their own place. The honorable leader urged all the people and authorities and different political and social groups to take responsibility towards the upcoming elections.

Ayatollah Khamenei underscored on securing a healthy election and full safeguard of people's votes, adding it is also important to secure a healthy elections environment. Ayatollah Khamenei cautioned the press, the media, those who handle computer network affairs as well as the owners of public tribunes to beware that defamation and insult will mar elections environment, adding the practice is not logical or allowed.

Ayatollah Khamenei called on the civil and military authorities not to meddle with the electoral process, adding they are not allowed to draw electoral lists and must act in such a way that their entity brings no impact on the outcome of the elections.

The Islamic Revolution Leader then pointed to America's defeat in the region especially in Iraq, Palestine and Lebanon and its desperate efforts to make for the failure, adding America is bent on making the regional countries be scared about the Islamic Republic by disinformation and pushing Iran to isolation, however, as it has so far failed, its efforts this time as well will bear no fruit.

"Speaking about issues like 'Shiite crescent' or unreal propaganda about Iran's ultra-regional power pursue the same goal," Ayatollah Khamenei said, cautioning the regional government and activists about the matter.

Ayatollah Khamenei affirmed that Iran, since the victory of the Islamic Revolution, has turned into a power whose tokens further appeared in recent years, adding the Islamic System's sovereignty depends on adherence to Islamic principles and relying on the nation.

Ayatollah Khamenei stressed that Iran's power poses no threat to regional nations and government, because the Islamic Republic of Iran advocates the truth and justice and objects any sort of oppression or aggression.