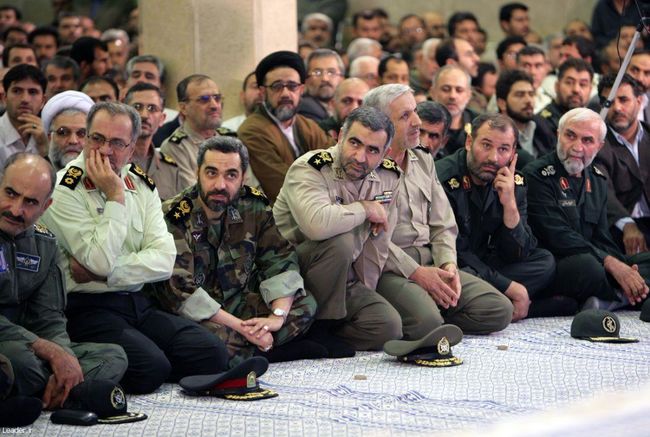 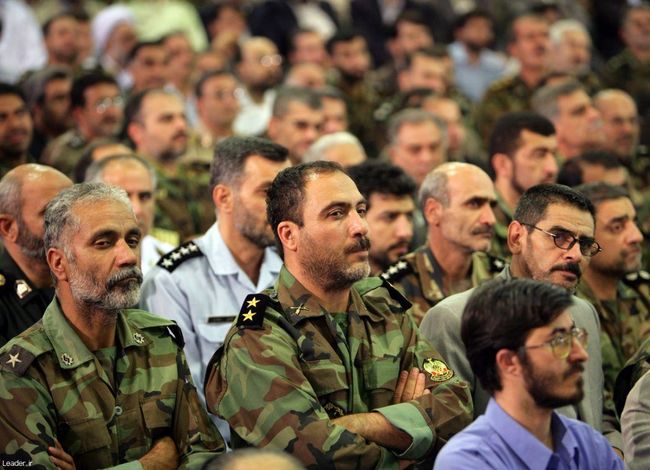 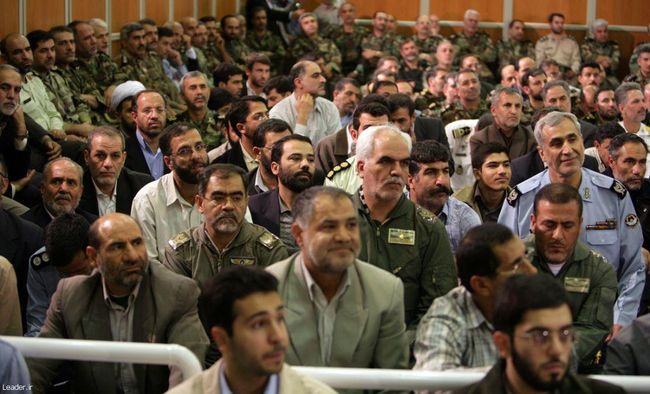 A large group of veteran commanders and soldiers of the eight-year Sacred Defense (1980-1988) against the then Western-backed Iraqi invaders, each had spent 50 to 100 months in the war zone, were special guests of the Islamic Revolution Leader Ayatollah Sayed Ali Khamenei Saturday.

During the cordial meeting, several candidates told their memoirs of those days of blood and epic.

Then, Ayatollah Khamenei in some remarks confirmed that the Sacred Defense time was entirely abundant in pride and epic, adding the Iranian nation showed in its eight year defense that it is never inclined to aggress against any other country, but should it have to defend its national identity and holy aspirations, it will teach lessons to the world by its resistance.

Ayatollah Khamenei described the eight year war as defensive in nature though not evenly balanced as well, adding, "During the eight year Scared Defense all international folds of power either in West or in East deployed forces against the Iranian nation in political, military, economic and propaganda lines so that the war was actually between international powers on the one side and the Islamic Republic of Iran on the other.

The Islamic Revolution Leader honored the manner in which the Sacred Defense came to an end. In this regard, Ayatollah Khamenei was critical of certain unfounded debates about the end of war, saying, "The absolute victory of the Islamic Republic of Iran at the end of the eight year imposed war was irrefragable, because Saddam Baathist regime which first invaded the Iranian soil with international all-backing to topple the Islamic System and dismember the country was at the end repelled out with its hands empty having sustained a large fatalities number and heavy damage while on the other side the Iranian nation blossomed to an unimaginable source of capabilities.

Ayatollah Khamenei then pointed to present art and literary works that tell the story of Sacred Defense memories, delicate moments and bright time and described the volume of these works as pale, because, "the war time remains to be a sensitive and instructive moment in the history of nations and for the same reason the memories of the Sacred Defense era must be collected from all those who have some point to speak about by a professional, art-inspired, and intellectual set of procedures."

At the end of the meeting, the guests offered prayers in congregation led by the honorable Ayatollah Khamenei and then broke fast.