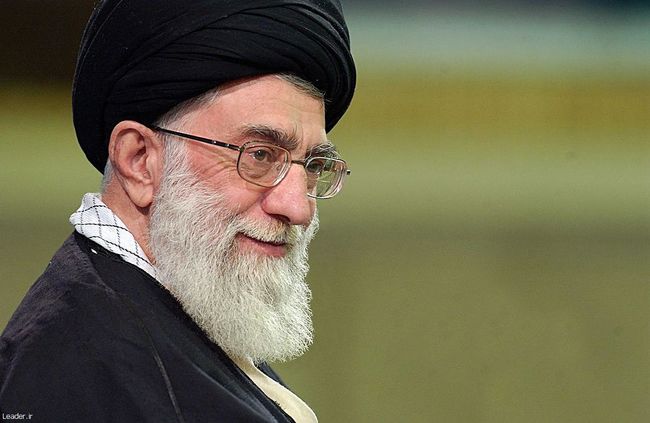 Islamic Revolution Leader Ayatollah Sayed Ali Khamenei in a statement Tuesday praised the great Iranian nation for their epic participation in Friday elections December 15. The following is the text of his statement in full.

Bismillah Rahman Rahim
I offer thanks to the Almighty God that He brought honor to the Iranian nation in another great test and bestowed grandeur to a country that is enamored with bearing the flag of Islam.

December 15 made the concept of religious democracy across to pessimists and ill wishers as the enthusiastic and mass turnout of people in ballot offices turned into a scene of sovereignty, self-confidence and aware presence of the Iranian nation.

Adverse weather did not demoralize the national resolve, nor the enemy psychological warfare could that was organized weeks earlier with every sort of tool and approach to disillusion the hearts. The Divine Providence in awakening people broke the ploy of ill wishers, adding another page to the golden track record of this faithful and revolutionary nation.

The leaning of the votes that indicates a desire in revolutionary platform as well as the rise of public participation that substantiates a well-spirited mode for voting on the part of people in key affairs sent a clear message to friend and foes of the Iranian nation throughout the world. The message accords a transparent response to any doubt or sedition. The message constitutes that the Iranian nation continues to follow its lofty aspirations and tackles its affairs one after another with all liveliness and hope. The nation will not stand back until it materializes all its established rights and in doing so, it continues to promote bonds with the Islamic System whose goal is justice, national dignity and national sovereignty.

I rub my forehead on earth in gratitude before The Omnipotent and The All-Wise God and offer my heartfelt thanks to the great Iranian nation.

I feel obliged to thank every individual or body that played some role in the great test, from the prominent scholars and grand religious authorities, to the scholars and elite figures in the university and the seminary, to the political and social activists, to the bodies in charge of holding and supervising the elections notably the Guardian Council, the Interior Ministry and the emissaries of the Islamic Consultative Assembly, to the National Broadcast that played a delicate and committed role, to the Police and the Basij who were tasked to safeguard voting security, and finally to every individual who injected warm blood into the elections by standing vote or supporting certain candidates.

I pray God to make the people's elected nominees successful in taking responsibilities, fulfilling duties towards the public trust, exercising sincere and generous activity, and to boost the dignity of the Iranian nation.

And salutes be from the bottom of the heart to Hazrat Baqiatallah (the Remainder of Allah), may our souls be sacrificed to him, whose blessed heart gets joyful at the victory of the Iranian nation.

And peace be upon the sincere servants of Allah
Sayed Ali Khamenei
Dec 19, 2006