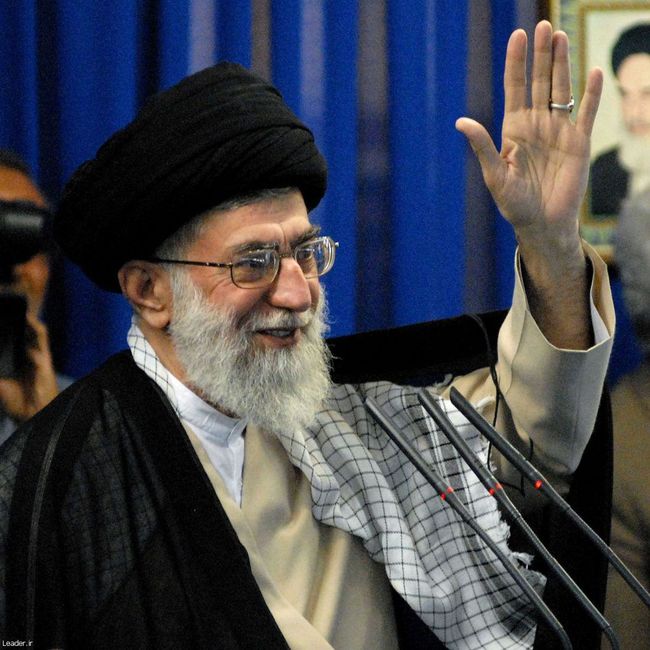 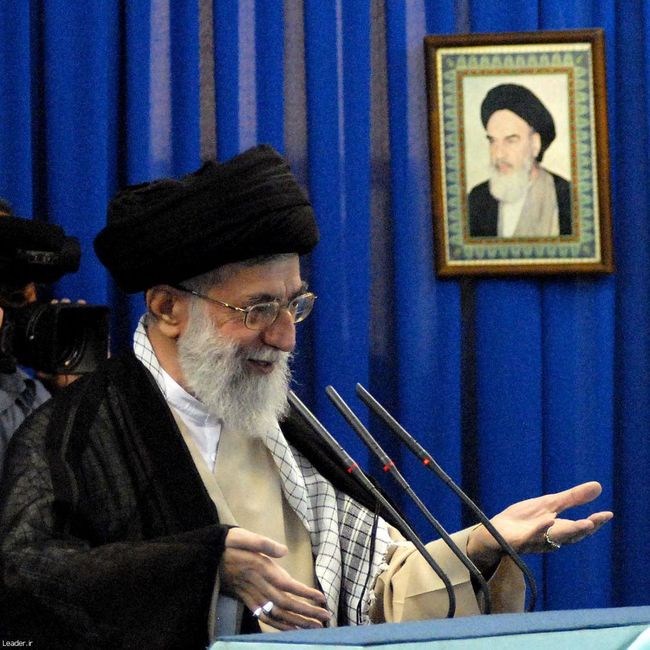 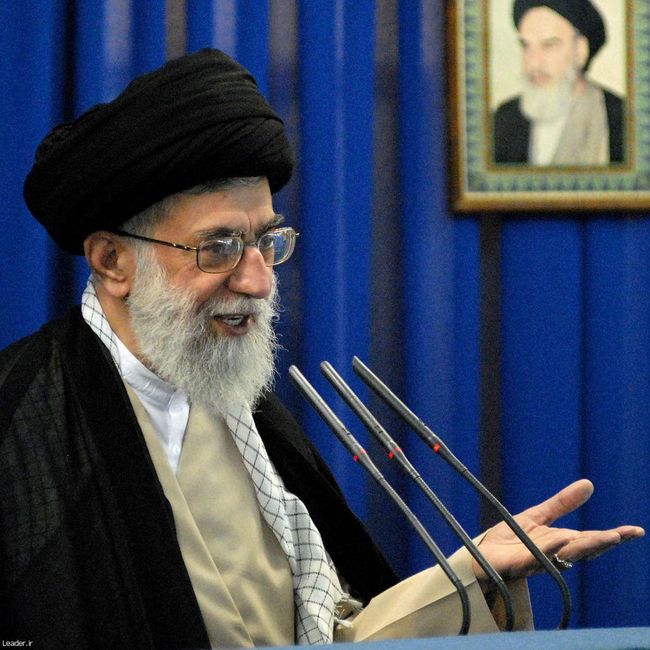 Islamic Revolution Leader Ayatollah Sayed Ali Khamenei told a millions-strong congregation of fasting people in Tehran in the first Friday of the holy month of Ramadan that the aware Iranian nation has managed to push to failure an American project against the Islamic Revolution, adding that the nation would reach a point where no power dares think to threaten the country provided it stays the course.

In the first section of the double-part Friday address, Ayatollah Khamenei invited all people to observe piety and described the holy month of Ramadan as bundled with invaluable opportunities if aptly used could offer human being a spiritual reserve for the rest of life.

Ayatollah Khamenei outlined the opportunities as fasting hardship, deliberative recitation of the holy Koran, supplication to God and avoiding sins, urging the people to brush dark spots if any from their hearts and prepare it to receive the particular blessings of the month by offering sincere remorse to God especially in dawn time.

The Islamic Revolution Leader called the Iranian society a spiritual society, adding that the spiritual connection of the nation to the Almighty God has led it to impressive results. Ayatollah Khamenei urged for taking the holy Ramadan opportunity to enhance the spiritual reserve.

In the second part of the Friday address, Ayatollah Khamenei laid out how's and why's of the defeat of the arrogant front in the face of the Islamic Republic of Iran, not least in the arrogance-backed eight-year imposed War (1980-88) by Saddam Hussein against the Iranian nation.

"The ultimate goal of the giant project was to annihilate the Islamic Revolution. The Western analysts and authorities had realized that the Islamic Revolution would turn into an inspirational hub for the rest of the world of Islam and thereby tried to stymie it," Ayatollah Khamenei said.

Ayatollah Khamenei noted that the Eastern and Western powers, NATO, Europe as well as the regional reactionaries were abusing the imposed war as lever of pressure in different ways against the Islamic Republic System.

"Each of the pressures was enough to strike down a nation or a country. However the Iranian nation stood up to the overall pressures and growingly added its awareness, power and resolve, eventually defeating the allied front of the enemies," Ayatollah Khamenei said.

The IR Leader added that Saddam defeat in the imposed war dealt a substantial blow to the structure of the Baathist regime, adding that the blow fetched the aggressor Saddam his stark destiny.

Ayatollah Khamenei touched on the recent threatening remarks of the American authorities namely placing an economic siege on the Iranian nation, saying that any sanctions against the Iranian nation would backfire.

"The Iranian nation in time of war was enduring harsh sanctions and different embargos. Nevertheless, it pulled itself to a point where today concerning military capabilities, it holds the last word in the region and concerning the nuclear issue, it has made honored achievements all to show that any sanctions will produce reverse results in the face of the Iranian nation's perseverance, reliance on domestic force and self-assurance," the IR Leader noted.

The Islamic Revolution Leader regarded the futility of the arrogance project against the spiritual perseverance of the Iranian nation as a new topic of discussion for psychological and social studies, urging political and social scholars to deliberate on the instructive incident.

The IR Leader then touched on the post-9/11 project of the American authorities to form a new Middle East with the ultimate aim of defeating the Islamic Republic of Iran.

"The Americans in a multi-facetted ploy tried to set up an Israel-centered Middle East which would cater to the Zionist regime's interests nonetheless they ended up in failure in all those dimensions," the IR Leader affirmed.

Ayatollah Khamenei considered the coming to power in Palestine of the people-voted Hamas government as another America defeat, adding, "Despite America's conspiracies, even despite the regrettable assistance of certain Palestinians, the popular Hamas government remains in office. The reality deals a large punch by the Palestinian nation in the mouth of America and Israel."

The Islamic Revolution Leader added that another point of failure of America to produce a new Middle East could be found in the defeat of the vaunting and transgressor army of the Zionist regime against the Lebanese Hezbollah.

"The American even could not imagine the defeat of the Israeli army against Hezbollah forces. The disgraceful defeat which came through Hezbollah's 33-day resistance was translated into another crush for Washington: Not only Hezbollah was not disarmed, it also continues life more powerful and sovereign," Ayatollah Khamenei said.

Ayatollah Khamenei then pointed to Iraq as the next issue in row to push America's policies to deadlock.

"The aim of America was to establish a puppet regime there. If met it would be of many help to implement the great Middle East plan and place a siege on the Islamic Republic of Iran. With four years of occupation elapsed however all analysts are of the consensus that America has faced deadlock in Iraq and pokes around for a face-saving pullout," the IR Leader noted.

Ayatollah Khamenei noted that by the New Middle East plan America pursued to undermine the Islamic Republic of Iran, adding that the enemies of Iran faced with complete failure in this project thank to the diligence of the Iranian nation and by God's assistance.

"The Islamic Republic of Iran remains more powerful than past in all political, economic and scientific regards. The Iranian nation is present in every field more aware and enthusiastic," Ayatollah Khamenei said.

The IR Leader then cited the results of the latest polls in the Muslim countries regarding the status of America there, concluding that America has growingly faced hate of Islam.

"America is taken to task in public opinion and no doubt its current president and authorities would be docked some day in a fair international tribunal over their atrocities in Iraq," Ayatollah Khamenei promised.

Ayatollah Khamenei noted that the straw-clutching of the American media on Iraq would bear no fruit.

"Americans blame Iran so that they find an escape from their despairs in Iraq. Otherwise, a report recently read out to the American Congress has admitted that Iraq accession to America's arms market has been the sole gain of the country there. The matter points to the defeat and weakness of America," Ayatollah Khamenei said.

The Islamic Revolution Leader in the end urged the Iranian nation to cherish the right path of God.

"Treading the path of God has dignified the Iranian nation and humiliated its enemies. The Iranian nation must keep its prideful path until it leaves the vulnerable conditions behind and conquer the great peaks so that no power even dares to threaten it," Ayatollah Khamenei urged.

Ayatollah Khamenei also honored the memory of the late Ayatollah Sayed Mahmoud Taleqani who led the first ever post-Islamic Revolution Friday prayers ceremonies in Tehran on a decree from Imam Khomeini the departed.