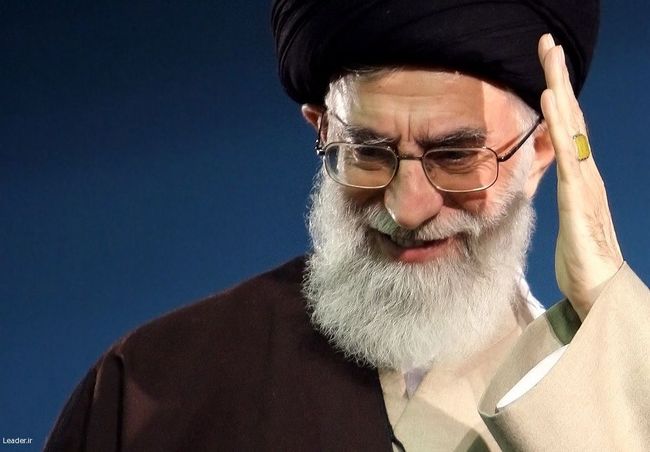 Islamic Revolution Leader Ayatollah Sayyed Ali Khamenei thanked the Iranian nation, especially the youths, for their powerful and epic presence in the March 14 parliamentary elections which presented a splendid scene of national unity. The text of the statement follows.

Once more your powerful and epic presence overrode the enemy stratagem and turned the heavy pile of enemy psy-op to provoke apathy into a hollow bubble.

This time around, the Islamic Republic of Iran could prove the sincerest democratic system in the modern world, having staged up to 30 popular and free polls over less than 30 years in pain or ease. As a follow up, the material models of democracy, from secular ones to autocratic, partisan or guild despotism will seriously face the enquiring eyes of the savvy individuals in the global community.

Amid frenzy propaganda about alleged inconsistencies between republicanism and Islam, your Islamic Republic threw a challenge to the overall anti-religion or anti-people models of government.

Once more through your vigor and vigilance all the devilish chicaneries, from issuing resolutions to elections boycott, to inviting the alien watchers to meddle with rights and life of people, to painting a black picture of the country's administration, to frightening the people about an enemy attack, to making allegations that the elections were unhealthy or people were apathetic, and not least, to propaganda and devilish predictions that the young electorate would not participate, all hit a stone wall and unraveled.

Once more, the noble and responsible nation of Iran, both women and men, both young and old, and from both urban and rural areas, came to the scene by name of God to trust the Islamic Consultative Assembly to their representatives and put together for a four-year period an aware, faithful, sincere and powerful parliament which also advocates against arrogance and cares for people.

Hereby, I humbly offer my heartiest gratitude to the Almighty, All-wise God and profoundly thank you the dear people who created such a splendid scene with God's assistance and with your own firm resolve and presented national unity later in a year which has also been named after the motto.

I offer my particular thanks to the dear youths who as statistics said took a great portion of the public turnout where millions of under-30 voters rushed to ballot boxes, even though the minimum voting age was lifted by 3 years eventually depriving several million under-18 youths from going to ballot.

By your lively turnout, you showed that the posterity boys and girls are prepared to take over this holy republic which has emerged out of blood of tens of thousands of martyrs and the prolonged years of struggle of the Iranian nation. You proved the Islamic Revolution is alive and increasingly grows livelier as time passes.

I also feel obliged to offer my hearty thanks to all the political affiliations which took part in the great test responsibly, to the organizers and inspectors of the elections who bore the Constitutional responsibility with arduous effort and safeguarded the people's votes sincerely and trustily, to the national medium (IRIB) which skillfully enlivened the epic surrounding, to the authorities in charge of order and security who secured mental well being of the public, to the other media which helped better stage the elections, to candidates, either voted-in or not, and finally to the seventh parliamentary delegates who spent their tenure in the service of people.

I hope that by God's assistance and under the auspices of Hazrat Baqia-t-Allah (eventual savior of world), may we redeem him with our souls, the eighth Majlis would successfully take its religious and revolutionary undertaking to help further progress the country and national dignity and further promote the Islamic Republic, May God Will.