You are already the victors 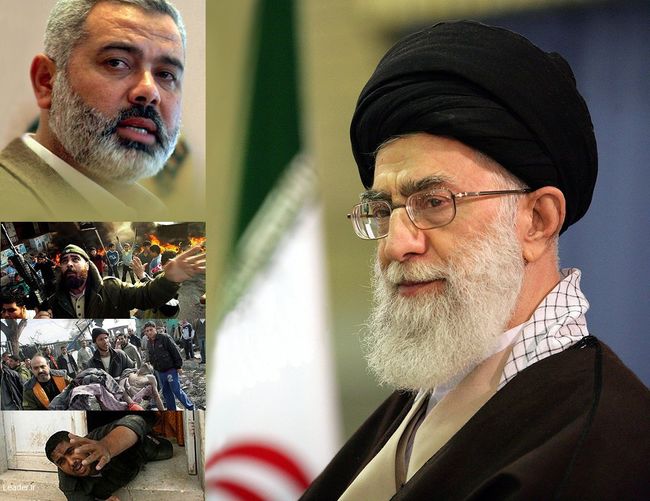 Islamic Revolution Leader Ayatollah Sayyed Ali Khamenei wrote a message Friday to Ismail Haniya, the Premier of the Gaza-based legitimate Palestinian government about the defeat and disgrace of the equipped army of the Zionist regime in the face of the "patience, bravery and sacrifice" of the valiant combatants and the innocent people of Gaza.

Ayatollah Khamenei in the message praised that the dignified perseverance of the Gaza people against one of the most atrocious war crimes in history helped discredit America, the supporters of the Zionist regime and the traitors and hypocrites in the Islamic Ummah.

Ayatollah Khamenei also noted that the perseverance of the Gaza people will hoist the dignity flag of the Islamic Ummah and will growingly deal humiliation to the anti-human enemies.

The text of the message follows.


Bismillah-e Rahman-e Rahim
Dear Ismail Haniya, the Mujahid brother,
"Peace be upon you, for that you were patient" (The Thunder: 24)

Twenty days of perseverance by you, by the valiant and martyrdom-ready combatants and by the people of Gaza from all walks of life in the face of one of the most atrocious war crimes in history and world has helped hoist the flag of dignity over the Islamic Ummah.

You proved that a Muslim heart full of faith in God and in the Day of Resurrection and a solemn and dignified Muslim soul which never bears the humiliation of submission towards bully and oppression would generate such strength against which tyrant and arrogant governments or equipped armies would feel feeble and would suffer indignity.

An army already held stuck for the past twenty days behind the gates of Gaza thank to the strength of your sacrifice and your welcome to martyrdom is that same army which took rein of large tracts of three Arab countries in six days. Take honor in your faith, in your reliance on God and in your honest belief in the Divine Promises and know that all Muslims do too. Your Jihad to date has discredited America, the Zionist regime, their supporters, the United Nations and the hypocrites in the Islamic Ummah.

Today, not only the Muslim nations, but many of the European and American nations have accepted without qualifications that your have been rightful. You are already the victors and through keeping the dignified perseverance, you can push further the abject and anti-humane enemy to humiliation and defeat, God willing. Indeed 'Your Lord has neither forsaken you nor hates you' (The Forenoon: 3) and indeed 'Your Lord shall give you, and you shall be satisfied' (The Forenoon: 5), God willing.

Nonetheless, the bloody and tragic incidents befallen on the Palestinian civilians, especially the innocent children have rent our hearts. The scenes of crimes of the usurpers of Palestine, broadcast several times a day through all our television channels have made our nation sad and bereaved. May God multiply your award and hasten your victory. Indeed the promise of God is true Who said 'Assuredly God will help him who helps Him' (The Hajj: 40) and 'Whosoever struggles, struggles only to his own gain' (The Spider: 6).

The Arab traitors would rather realize that their fate would not go better than that of the Jews in the war of confederates (early in Islam) for whom the Almighty said 'And He brought down those of the People of the Book who supported them from their fortresses' (The Confederates: 26). The nations have sided with the people and the Mujahids of Gaza. Any government which defies the practice would more distance from its nation and the fate of such governments is definite. If they care their life and dignity they must take note of the word of the Commander of the Faithful, Ali (A.S.) who said: 'If you are downtrodden, you life will be but death and if you are dominant, your death will be but life.'

I send my praise to you, to the combatants of Gaza and all your innocent and resistant people and in the company of all the efforts the government of the Islamic Republic of Iran have made as a duty, I pray for you day and night and ask the All-mighty, All-powerful God to confer patience and victory on you.

And Allah's peace, mercy and blessings be on you and on the devout servants of Allah