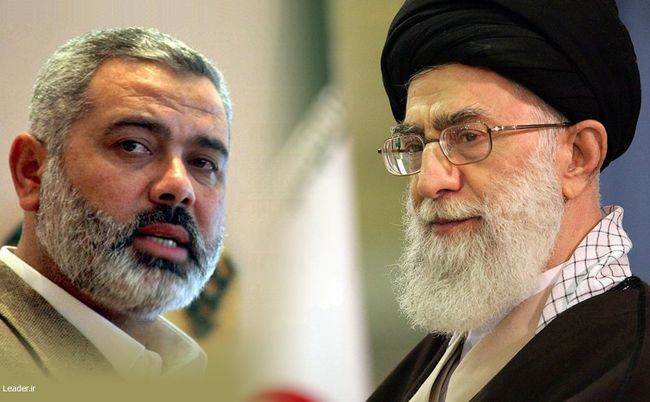 Ismail Haniya, Premier of the elected Palestinian government sent a message to Islamic Revolution Leader Ayatollah Sayyed Ali Khameeni Saturday appreciating the unwavering and brave support of the IR Leader and the Iranian nation to the Palestinian nation, especially the Gaza and the Islamic Resistance forces. The text of the message is as follows.


In the Name of the Almighty,

Your words and messages before the invasion of Gaza and during the hard days of war, inspired dignity, magnanimity and spirit of perseverance among the people of Gaza and the resistance forces in their combat against the enemy.

Under your responsible guidelines, the Islamic Republic, in all possible fields, especially in Doha Summit on Gaza played an active role in a way that the efforts helped our helpless people and imbued a new hope in the Palestinian people.

The Islamic Republic of Iran, by giving supports in different fields, boosted the spirit of perseverance among the Palestinian people. The victory of the people of Gaza in the recent war was actually a second victory of the Islamic resistance after the war in southern Lebanon. I pray the Almighty God to award your Excellency and the Iranian nation for your assistance and support.

Under the auspices of your leadership, the Iranian nation has carried out many efforts in support of the people of Palestine. These efforts are an honor for us and we appreciate them.

People of Palestine, especially people of Gaza continue to need your political and other support including public support for reconstruction works, for overcoming the problems incited after the enemy invasion and for reducing the costs that others have created.

Dear Leader of Islamic Revolution of Iran,
The Palestinian nation needs a free and honorable life away from occupation and siege so that it can materialize its genuine power and dignity. To realize the objective, besides the Divine blessings and assistance, we need continued help of you and the Muslim Iranian nation in our confrontation with the tyrannical government of America and the criminal Zionist regime.

In the end, please accept my and my nation’s appreciations for your favors and the Islamic Iranian nation's.

Your brother Ismail Haniya
Head of the Council of Ministers