"Sacred Defense should never be forgotten" 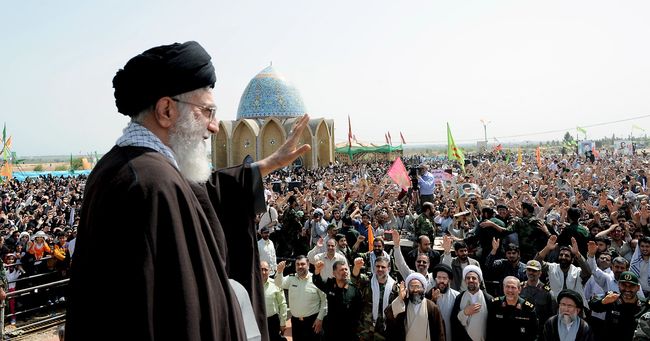 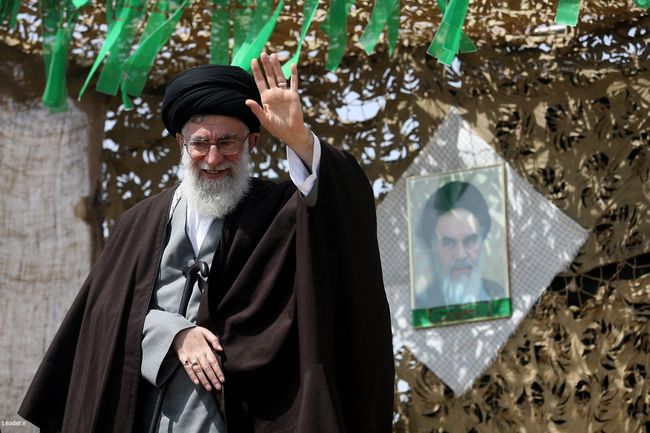 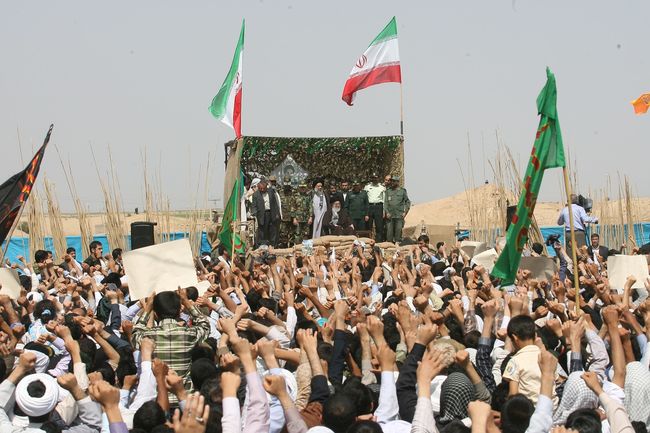 Islamic Revolution Leader Ayatollah Sayyed Ali Khamenei visited Wednesday the site of the 1982 Fatah ol-Mobin military operation in Dashte Abbas general area, southwest of the country, commemorating the martyrs who dedicated their lives in defense of their country.
Addressing visitors to the war regions and local people, IR Leader appreciated devotion, resistance and strong willpower of the Sacred Defense's young generation, reiterating that the only way to reach prosperity in the world and the afterlife was following the martyrs' way with bravery, insight, foresight and firm decision based on Islamic belief and faith.

The Islamic Revolution Leader also appreciated the devotion of the people of Khuzestan province, saying: "During the Imposed War, Khuzestani people fought at the first battle line, and the Baathist enemy's ethnic and lingual temptations could not weaken their strong conjunction with Islamic Iran."

Describing the operational regions of the Sacred Defense era as holy shrines, IR Leader said one of the aims of his visit was appreciating pilgrims and visitors to the regions.

"This tradition is laudable," he said, adding: "Such a blessed measure which started some years ago in the frame of "Rahiane Nour" caravans should continue."

Ayatollah Khamenei stressed that the Iranian nation should never forget the era of eight-year Sacred Defense which was a record of glory for the Islamic Republic of Iran.

"If today's Iranian youths lived at the Sacred Defense era, they would have entered the scene with the same strong willpower," IR Leader said, adding: "Today, Iranian youths have proved their perseverance in the fields of science, politics, national solidarity and insight."

Stressing that the goal of enemies of the Islamic Republic system from waging the imposed war was to humiliate the Iranian people through partitioning a part of the country's soil, Ayatollah Khamenei added: "At that time, America, the former Soviet Union and some European countries that claim defending human rights, all of them helped the wicked Baathist enemy so that it would defeat Iran's Islamic system, but the youth of this nation with their sacrifice, firm willpower and strong faith foiled the conspiracy of arrogant powers and humbled and humiliated the enemy."

"Always, the nation's firm will, intelligence, insight, perseverance, decisiveness and bravery can defeat the enemies, although they may seem huge and strong," he said.

Emphasizing the necessity of double ambition and double endeavor in all fields, he said: "The Iranian people should compensate for the backwardness of the long period of despotism and foreign interference."

IR Leader regarded the country's youths as unique in the world, stressing: "The existence of such youths is the harbinger of bright future for the country, and the youth by the blessing and kindness of Almighty God will see that day in which the country is in a scientific, technological, political and international influence level that suits Islamic Iran and Iran's great nation."

Some senior military commanders accompanied Ayatollah Khamenei in this visit.