Domineering powers coming to an end 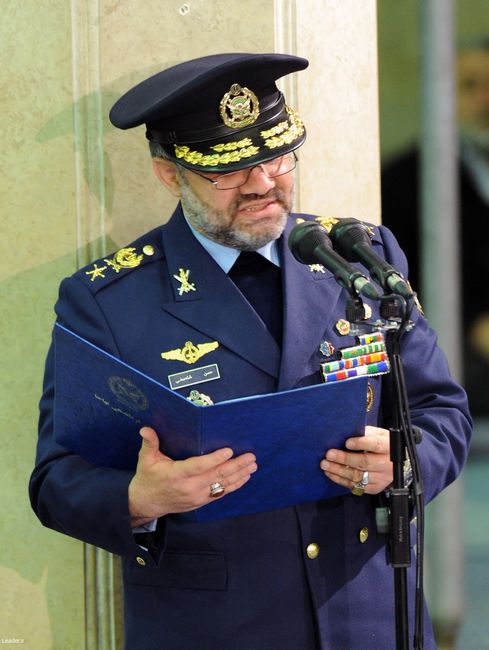 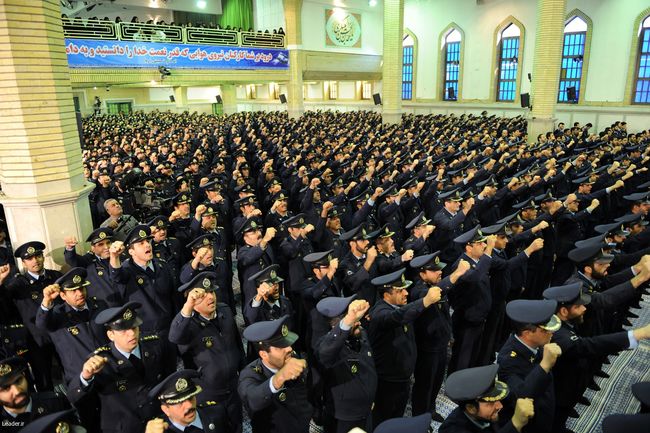 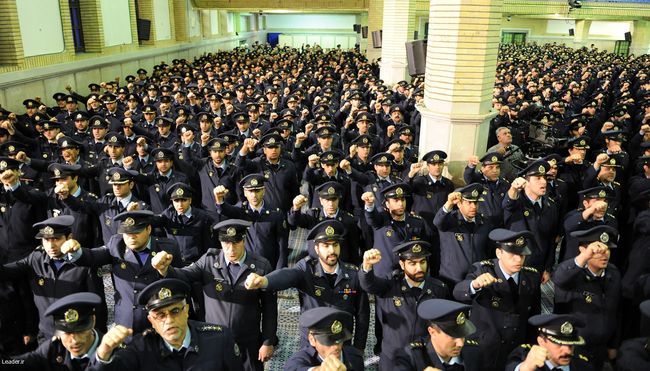 Islamic Revolution Leader Ayatollah Sayyed Ali Khamenei said Tuesday the Islamic Republic has lived on and become a model for other nations owing to perseverance of the Iranian nation in the path of Islam, adding that the ongoing Islamic awakening in the region has definitely taken effect from the great Iranian movement in the past 32 years.

Speaking to a large group of commanders and staff of the IRI Army Air Force, Ayatollah Khamenei also noted that domineering powers are gradually coming to an end.

The meeting was held on the anniversary of the historical allegiance of the Shah regime's Air Force with the late Imam Khomeini on February 8, 1979 which the IR Leader described as memorable and a brave act that helped set up a new identity for the Iranian Army on the one hand and imbued a new spirit into the body of the nation on the other, culminating in the historical February 11 triumph of the Islamic Revolution.

The Commander-in-Chief said the historical allegiance helped save the country while the country, unlike its great cultural and historical legacy, has become enslaved and humiliated at the hands of bully powers.

Ayatollah Khamenei said 32 years after the victory, the Islamic Revolution of Iran is featured by the perseverance of the Iranian nation on its original, Islamic principles and values, adding that Islam was the cornerstone of those values and principles and independence, freedom, material progress and national unity are all tied to materialization of Islam.

Ayatollah Khamenei then reminded Imam Khomeini's emphasis on the notion of Islamic Republic and said that while republic means reliance on public opinion, the rule of Islam could not be established unless the public gets faith in Islam.

Ayatollah Khamenei said the country could accomplish its aspirations through a genuine materialization of the doctrine of Islamic Republic, adding that the ideal could be fulfilled through 'double work and double diligence', a title the current Iranian year is named with.

The Islamic Revolution Leader noted that a spiritually and materially advanced Islamic Republic system would become a model for other nations and in the past 32 years, the Iranian nation has offered such a model through its magnificent progresses in such regards.

Ayatollah Khamenei then turned to regional developments and said such movements in ME countries are not an abrupt incidence rather they are the outcome of an accumulation of demands and insights in the course of time and the effect of the Iranian nation's resistance is definite here.

Ayatollah Khamenei said at present the Middle East and Islamic nations have become awakened and the domineering powers are gradually coming to an end, adding that the Iranian nation has been at the forefront of struggle against such bully powers, proudly inspired by its great cultural records.

Ayatollah Khamenei warned however that the progressive path of the Iranian nation might be disrupted if the values and principles are shunned or the solid ranks of the nation suffer schism. "A major goal of enemy in its soft war is to create discord among people and authorities. The only way to resist the enemy in this regard is to keep and enhance political insight in the society in light of the sensitive position of the Iranian nation at present," Ayatollah Khamenei said.

Ayatollah Khamenei in another par of his speech appreciated the Air Force for its technical and military advances, adding that the progressive drive should be continued by reliance on the faith and diligence of the young generation.

"Reliance on God and the self confidence of the youth could prove miraculous in every field," Ayatollah Khamenei said, adding that encumbrances should not be allowed to hinder the progressive pace of the force.