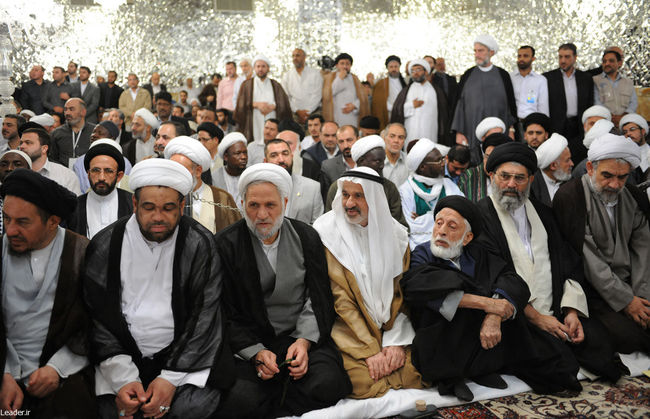 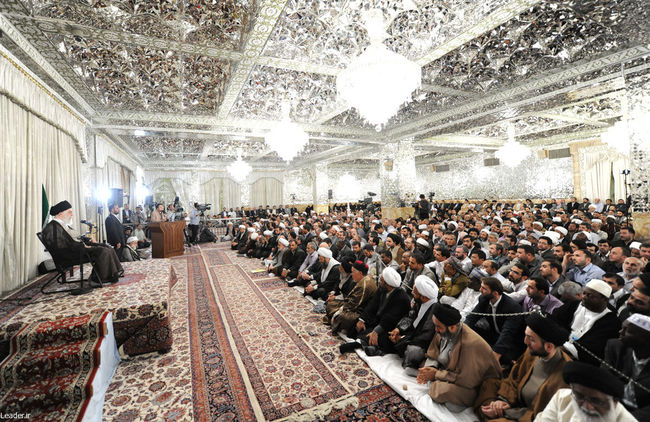 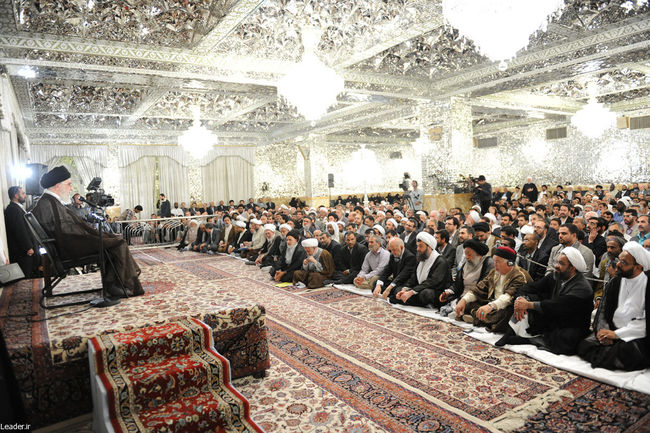 In a meeting with the scholars, elites and intellectuals participating in the 5th General Assembly of Ahlul Bayt World Assembly in the holy city of Mashhad Tuesday evening, Leader of the Islamic Revolution stressed that that the first nation and country which established a system based on Islam and Quran was a nation who follows the household of the holy prophet.

Ayatollah Khamenei said that the youth in the Islamic countries has considered that for reaching their ideals should appeal to Islamic teachings and that was as result of the Iranian nation's movement.

Ayatollah Khamenei stressed that Iran supports Islamic revolutions in Egypt, Tunisia, Libya, Bahrain and Yemen with the hope that these Islamic movements would result in the ultimate failure of the biggest enemies, namely the Zionists and the US.

Referring to the threats the Islamic Ummah and the Shiite community are presently facing, he said the recent great movements in the Islamic world are in fact preludes to the victory and rule of Islam.

Ayatollah Khamenei underlined that the followers of the household of the Prophet of Islam (PBUH) surely backed these Islamic movements.

Leader of the Islamic Revolution also highlighted the need for vigilance on the part of the Islamic nations and said they should be sensitive to the threats by enemies such as their efforts to sow discord among Sunni and Shiite Muslims.