The Leader in the Affinity with the Quran meeting: 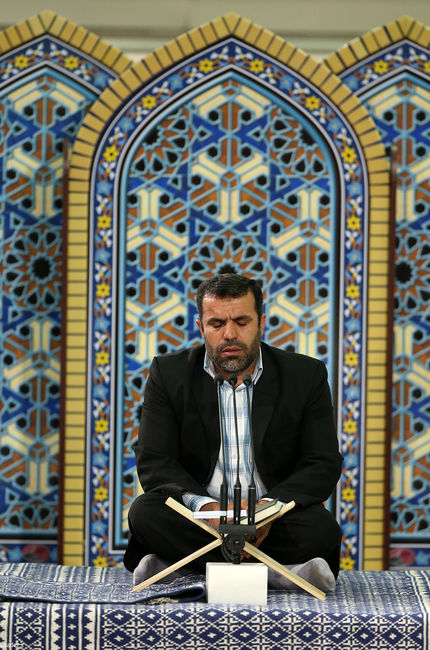 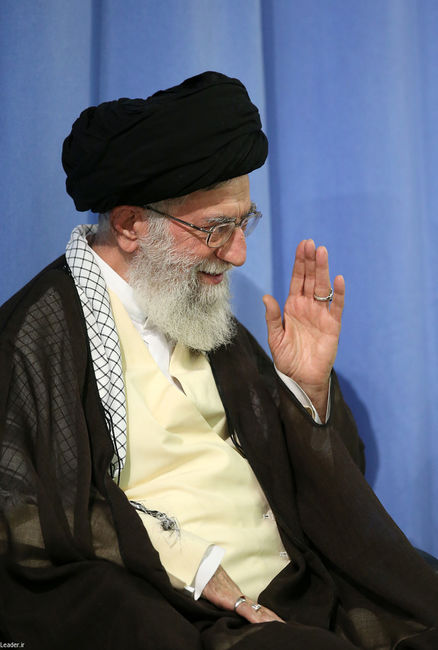 Leader of the Islamic Revolution Ayatollah Seyyed Ali Khamenei received Quranic experts on Thursday, which marked the first day of the holy month of Ramadan, in which the holy Quran was revealed to Prophet Mohammad (Peace Be Upon Him).
In the “Affinity with the Quran” meeting which took more than three hours, 15 top holy Quran memorizers, reciters and experts recited Quranic verses. The spiritual event also featured eulogies in praise of the Almighty.
In the meeting, Ayatollah Khamenei hailed the ever-increasing and obvious progress that Iranian Holy Quran reciters have made, and said having a pleasant voice is a prelude to instilling Quranic concepts into the hearts of the audience.
The Leader underlined that the ground is prepared for the Quran to have a greater impact on the society, and added, in order to make the recitation of the holy Quran effective, the reciter himself should believe in the verses he is reciting from the bottom of his heart.
Holy Quran reciters can stress certain words several times in order to better infuse Quranic concepts into the audience, Ayatollah Khamenei noted.
The Leader also urged the reciters to avoid going to extremes when repeating Quranic verses to accentuate them, saying another factor which makes holy Quran recitation effective is to have a balanced tone while reciting Quranic versese.
Ayatollah Khamenei also gave another piece of advice to all reciters and lovers of the holy Quran. “It is not necessary to prolong the enunciation of certain words or verses; moreover, there is no need to cheer [the reciters] more than what is usual,” he noted.