Ayatollah Khamenei on the 31st anniversary of the passing of Imam:

Imam Khomeini planted the idea that superpowers are vulnerable 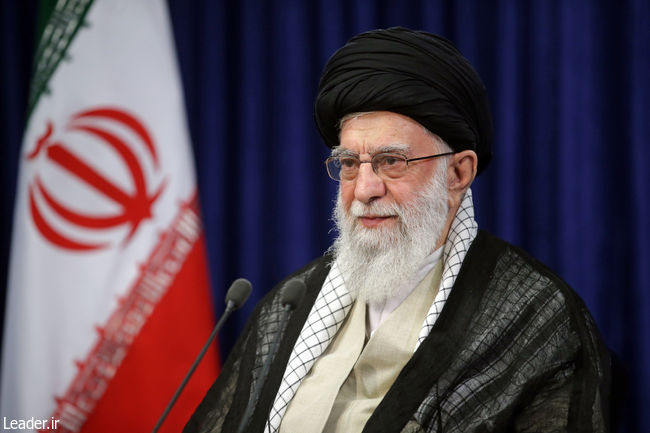 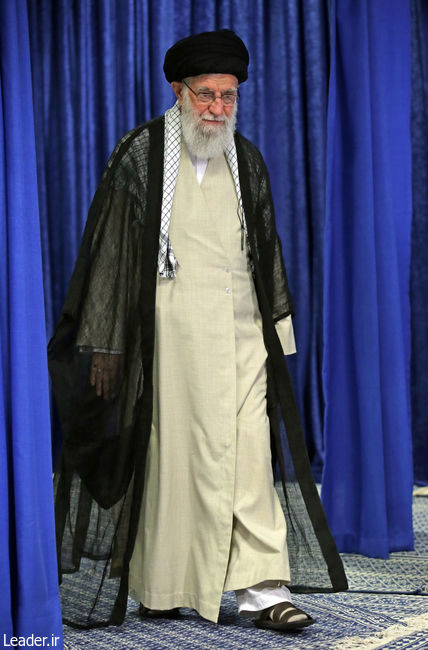 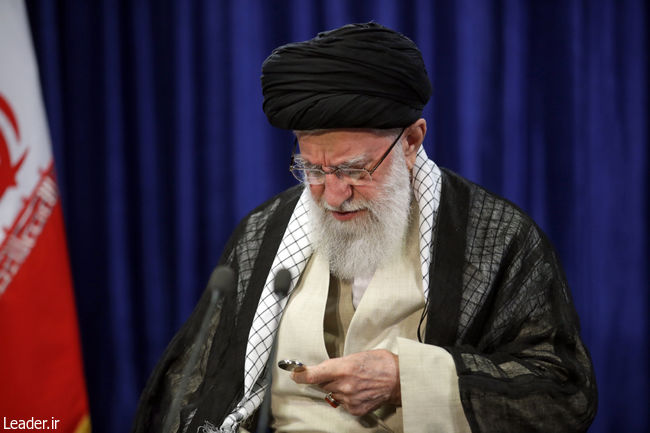 In his speech on the anniversary of the passing of Imam Khomeini on the 3rd of June, Ayatollah Khamenei spoke about the transformations which Imam Khomeini brought about in Iran and the Iranian nation. The following are his statements in this regard:
By nature, Imam [Khomeini] was a person who advocated and brought about transformation. As for bringing about transformation, his role was not confined to being a mere teacher and instructor, rather he played the role of a commander active on the field and leading in the true sense of the word.
First of all, he had the spirit of advocating transformation since long ago. This was not something that emerged in him at the beginning of the Islamic movement in the year 1341 (1962). Since his youth, he was an advocate of transformation. Evidence for this is the piece he wrote at the office of the late Vaziri-Yazdi in his youth – when he was in his thirties. Later on, the late Vaziri-Yazdi showed me the same writing. I have seen it published and many people have access to it today. In that essay, he quotes this holy ayah: “I admonish you on one point: that you do stand up before Allah, in pairs or singly” [The Holy Quran, 34: 46]. This ayah invites the masses of people to rise for the sake of God. He had such a mentality. After that, he put his idea into practice and as I mentioned, he carried out a transformation. He entered the arena of transformation in action, not just in words and in commands.

Transforming a spirit of passivity and lassitude into a spirit of demanding
In my youth, during the time when the movement began to take shape, the Iranian nation was a nation that was not preoccupied with its fundamental issues. They had given up and they were passive. They did not have an opinion about their personal lives. There was no trace of dynamism, active presence and insistence, on big and important issues, in the behavior and conduct of our people. However, Imam aroused these qualities in the people. He turned the same submissive and passive nation into a determined nation that pursued its demands. His inspiring, stirring and stimulating speeches moved the people in a way that they turned into a people with demands. An example of this pursuance of demands is the events of the year 1341 – when the Islamic movement started – during which time, the people held massive demonstrations in different cities which ended in the events of the 15th of Khordad. On the 15th of Khordad, despite a large-scale massacre, the regime could not extinguish the movement. And the people continued to stage uprisings until the end. That was an astonishing transformation that had been masterminded by Imam.

Transforming a sense of self-deprecation into a sense of national esteem and dignity
The Iranian nation used to have a feeling of humiliation. That one can overcome the will of powers and superpowers would have never crossed anyone’s mind. This was not particular to the will of global powers. The people could not imagine, in any way, that they could overcome the will of domestic powers and even the will of such and such a policeman or security agent. They could not think of overcoming those who had bitter and dangerous whims. Therefore, they had a feeling of humiliation and incapability. Imam turned that into a sense of dignity and national confidence. He liberated the people from the thought of considering dictatorship as a natural phenomenon. At that time, people had such a notion. In those days, we used to think that the will of the ruler at the top is above everyone else’s will. We used to consider it a natural and normal fact. He turned the people into individuals who were able to determine their own government. The people’s slogan during revolutionary activities was Islamic system, Islamic government, Islamic Republic. The people determined what they wanted and they had demands. Later on, they chose those responsible through various elections. In other words, the feeling of humiliation that existed in the people changed into a sense of dignity and national confidence.

Transforming people's view of religion
Another transformation that Imam brought about was changing the people’s outlook towards religion. The people used to look at religion as a tool for attending to personal matters and acts of worship. They looked at it as a means to say prayers, to fast, to settle their financial affairs, to get married and to divorce. Religion’s function was that. They confined the responsibility, function and mission of religion to these issues. However, Imam entrusted religion with the duty of creating a government, a civilization and society and advancing humanity. As a result, the people’s outlook towards religion changed dramatically.

Transforming people’s outlook about the future and creation of a modern Islamic civilization
Another transformation was changing the people’s mentality about the future. During the time when revolutionary activities began and when Imam entered the arena, despite the slogans that some parties, groups and individuals – which were very limited and small in number – chanted, the people did not see a future. They did not envisage a future ahead of them. That gave way to the creation of the new Islamic civilization. If you look at the Iranian nation today, you see the blessed hands of Imam as the architect of this condition. The people are looking towards creating a new Islamic civilization, forging a great Islamic alliance and establishing the Islamic Ummah. In the present time, this is the outlook of the masses of the people.

Transforming people’s attitude towards the young generation and trusting them
Another area of transformation that Imam brought about was a change in the outlook towards youth. He trusted the thoughts and actions of the youth. That was a transformation in the true sense of the word. For example, when the Islamic Revolution Guards Corps was formed, he placed twenty-plus-year-old youths at the top of this organization. They were youth who were at most thirty years old. They were at the top of the Guards Corps and they were commanders and generals. Those youths were entrusted with big tasks. The same was true of other areas. He had astonishing trust in the youth whom he believed in and he gave them responsibilities in the judiciary and other areas. He assigned them different roles and he trusted their thoughts and their actions.

Transforming people’s viewpoint about world powers and believing in the possibility of their defeat
At that time [before the Islamic Revolution], no one believed that one could say something different from what the US said and do something different from what the US did. However, Imam acted in a way that US presidents admitted that ‘Khomeini humiliated us’. And that was the truth of the matter. Imam, his followers and the youth who were obedient to him humiliated superpowers in the true sense of the word. They broke their willpower and made them leave the arena. Imam showed that superpowers were vulnerable and the future proved him right. You witnessed what happened to the former Soviet Union. In the present time, America is in a bad condition as well. You are witness to what is happening there [the nationwide protests following the police murder of George Floyd]. No one would have believed that these things could happen. Imam planted the idea in the people’s hearts that superpowers were vulnerable and could be defeated.